Dozens of MPs, Including Former Tory Leader, Call on Business Secretary to Do Something About Out-of-Control PayPal 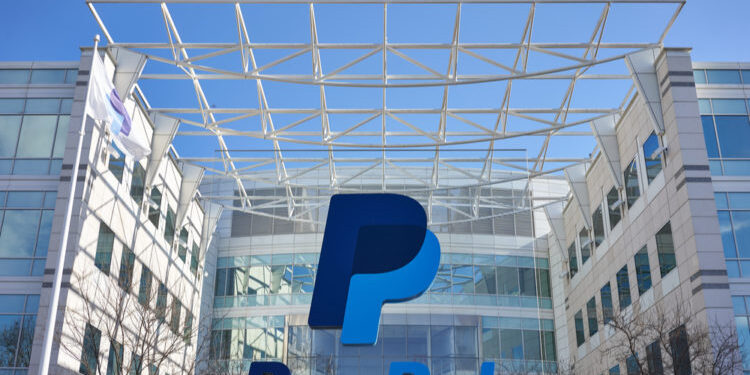 Forty two MPs, including a former leader of the Conservative Party, several ex-Cabinet ministers and the Chairman of the 1922 Committee, have written to Jacob Rees-Mogg, the Business Secretary, and Andrew Griffith, Financial Secretary to the Treasury, urging them to urgently investigate PayPal’s sudden closure of the accounts of the Daily Sceptic, the Free Speech Union and UsForThem, among others. The Telegraph has more.

In a letter to Jacob Rees-Mogg, the Business Secretary and Andrew Griffith, Financial Secretary to the Treasury, they noted that the “common theme” among organisations and individuals that have had their account closed is that they are all prominent “champions of free speech” who have expressed “critical, non-conforming views on lockdown policies”.

They go on to say: “It is therefore hard to avoid construing PayPal’s actions as an orchestrated, politically motivated move to silence critical or dissenting views on these topics within the U.K.”

The letter to ministers came amid a mounting backlash against the U.S. payments giant, which saw several celebrities announce they are deleting their accounts in protest. Sharron Davies, the former Olympic swimmer and BBC presenter, became the latest to exit the platform saying: “I don’t believe tech companies should decide who has a voice.”

She was joined by Matt le Tissier, football pundit and former England player, who said on Twitter: “Good riddance to tin-pot dictators.”

And Jack Dee, the comedian, said he was cancelling his account on the basis that “Big Tech companies that feel they can bully people for questioning mainstream groupthink don’t deserve anyone’s business”.

The letter to ministers, sent on Saturday night, had 42 signatories in total including 21 Tory MPs and 15 Tory peers. as well as four cross-bench peers, a Labour peer and a Labour MP.

They said the Government should demand an explanation from PayPal for its actions and release the donations from the organisations whose funds it has “confiscated unfairly and without justification”.

Stop Press: The Mail On Sunday also has the story.

Stop Press: The Sunday Express has a terrific story about PayPal’s out-of-control censorship by Social Affairs Editor Lucy Johnston. It quotes Lord Sumption on the row as follows:

“I do not know what Paypal’s complaint is, nor what their rights are under their contract. But on the face of it, this is a particularly sinister development.

“The Free Speech Union takes no line of its own on issues like gender critical theory or lockdowns. It simply defends the right of both sides to be heard within the limits permitted by law.

“So we have to assume that Paypal considers that on controversial issues like these only one side of the argument should be heard.

“Paypal is part of the infrastructure of the payments system in a world which is increasingly going cashless.

“This is therefore a serious and direct interference with the very idea that there should be freedom of speech. It is probably illegal under anti-discrimination provisions of the Equalities Act, which prohibits discrimination in the provision of services on the basis of belief.

“But if it is not, then consideration should be given to making it illegal.”

Is it Time to Accept That Omicron is not COVID-19?