How the Society of Authors Became Ensnared in the Woke Cult 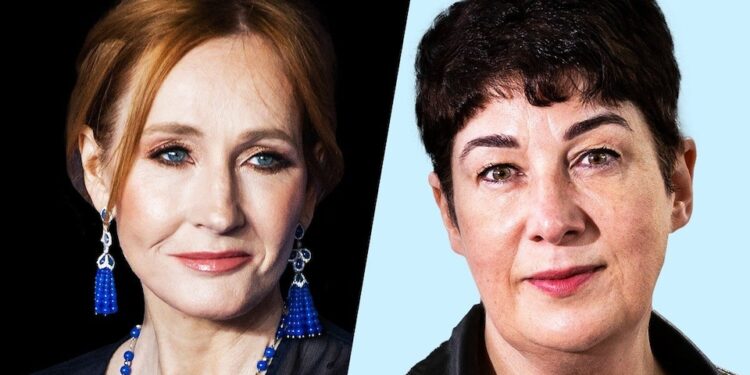 There’s a good piece in the Telegraph by Jake Kerridge about how the Society of Authors – the writers’ trade union – became in thrall to the woke cult and, in particular, militant trans rights activists. Here’s how it begins:

As Britain’s oldest literary trade union, the Society of Authors has been renowned for its quiet but efficient advocacy for writers since 1884. But over the past year it has been the target of more furious denunciation than in all its previous years of existence put together.

The latest broadside launched at the SoA – which represents some 12,000 writers, illustrators and translators – comes from the teacher and writer Kate Clanchy, who was accused in August 2021 of using racist and ableist tropes in her memoir Some Kids I Taught and What They Taught Me.

She now alleges that the Chair of the SoA, the novelist Joanne Harris – author of the modern classic Chocolat – sent her a private message at the time “in an unclear semi-official capacity”, urging Clanchy to make a statement acknowledging “the harm that you have inadvertently caused . . . and that you hope to do better in the future”.

Clanchy – who was not at that time a member of the SoA – also alleges that Harris “caricature[d] me as ignorant, cruel and patronising” on Twitter, and has hired investigators to compile a forensic report of public allegations made against her by Harris and others. The SoA has said in response that the “serious allegations about the Chair … should be fully investigated”, adding that “Joanne Harris strongly denies these allegations”.

This latest row follows Philip Pullman’s resignation from the honorary role of President of the SoA in March. Earlier this month he complained about “the assiduous work of the [SoA] management committee in examining my shortcomings and urging me to apologise for something I hadn’t done” when he was accused of racism after Tweeting that those who were condemning Clanchy without first reading her book might “find a comfortable home in Isis or the Taliban”.

J.K. Rowling, too, has accused Harris of failing to stand up for writers who are being abused or threatened if she disagrees with their political views, and of advocating cancel culture. Harris denied this, tweeting: “I’ve always said loud and clear that I condemn threats of any kind, to anyone. That goes for people whose views I disagree with as well as those whose views I share.”

The first sign of disquiet with the SoA came in September last year when the publisher and writer Carmen Callil gave up her membership after nearly 30 years. “I felt I had to, because I couldn’t get them to budge on the fact that they should be defending Kate Clanchy and Philip Pullman when they were monstered on the internet,” she tells me.

According to Callil, the SoA is failing in its aim, as stated on its own website, to “protect free speech” and “oppose in the strongest terms… censorship, hate speech or inappropriate trolling.” It should be taking the lead in opposing the pusillanimity of publishers, she argues.

“Kate Clanchy’s publisher made her apologise immediately without giving a thought to it. I suggested – but I was ignored – that the Society of Authors should take a week or two to look into these things, and if the book is a quality work, whatever its faults, they should stick up for the author against the publishers who are just worried about upsetting Twitter.”

What’s the Best Way to Rein in Companies Like PayPal?