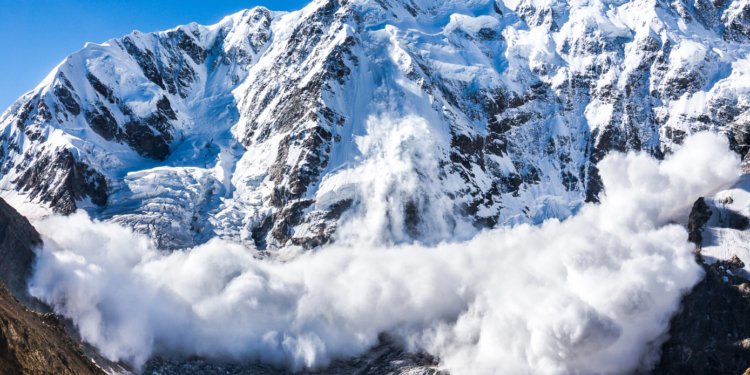 Sunday night and it was time for the green doomster to send the children to bed with tears in their eyes with his improbable and unprovable tales of climate Armageddon. This week, Sir David Attenborough suggested that climate change was making “hugely destructive” snow avalanches “more and more unpredictable”. There is of course no way to prove such vague speculation, and curiously missing was any mention that recent snow avalanches have been falling in number across both the North American Rockies and the European Alps.

Filming Frozen Planet II in the Canadian Rockies, Attenborough prefaced his climate change claims with spectacular footage captured by a racing drone of an avalanche tumbling down a mountain at over 100mph. Cue up-tempo, stirring music as Sir David explained that in just two minutes, up to one million tonnes of snow hurtle down the mountainside. Of course, slides of any nature, snow or rock, can be unpredictable and have the potential to be hugely destructive. The climate has a part to play in such natural events, but to blame it all on humans burning fossil fuel is unprovable and beyond any credible scientific investigation. It is just Sir David’s scripted opinion, and it is aired to promote a command-and-control Net Zero agenda. As Sir David executive producer Mark Brownlow recently admitted: “Environmental storytelling is much more engrained in this series.”

Back in the scientific world, five geologists working out of the Snow and Avalanche Lab at Montana State University, reported last year that they had found a decline of 14% in large magnitude avalanche probability from 1950-2017 in the U.S. northern Rocky mountains. This was noted to equate to a 2% reduction each decade. Unsurprisingly, the scientists said that large magnitude avalanche years were characterised by stormy winters and large snowfalls. If climate change is reducing snow at higher levels, it is reasonable to assume that avalanche activity becomes a little more predictable, not less.

Over in the European Alps and Tatras Mountains, the Climate Change Post reports from various studies that over past decades “there has been a decrease in avalanche mass and run-out distance”. There is said to have been a decrease of avalanche numbers below 2,000 metres, although an increase above. Using IPCC climate models that show less snow, an overall 20-30% decrease of natural avalanche activity in the French Alps is forecast for the middle and end of the 21st century, compared to a 1960-1990 reference period.

Interestingly, as with many natural disasters, the death toll from avalanches over recent decades has more or less stabilised. A group of Alpine geographers found that over the last four decades about 100 people lost their lives in the Alps every year. However the number of people who have lost their lives in what are described as ‘controlled settlements’ has decreased significantly since the 1970s. The number of fatalities in ‘uncontrolled settlements’, mostly recreational accidents, almost doubled between 1960-1980, but has remained relatively stable since then, despite a strong increase in winter skiers.

Attenborough, and other political climate change promoters, cannot have it both ways. If massive human-caused global warming is on its way, this will lead to less snow. Scientific investigation has confirmed that avalanche activity is lower during periods of low snowfall, and it is reasonable to state they become more predictable, not less. But is there less snow around? Maybe a bit less in the recent past, with a small bout of natural warming that seems to have run out of steam since the turn of the century. The European Geosciences Union published an extensive paper last year looking at long-term Alpine snow trends and found “some recovery” after the poor snow years during the 1980s and early 1990s.

The Rutgers graph puts snow cover in the northern hemisphere on a wider timeframe. It is difficult to see much change over the last 50 years. Snow avalanches will continue to be unpredictable, and their overwhelming force will always have the ability to terrify humans – particularly if you use them to sell a controlling political agenda.