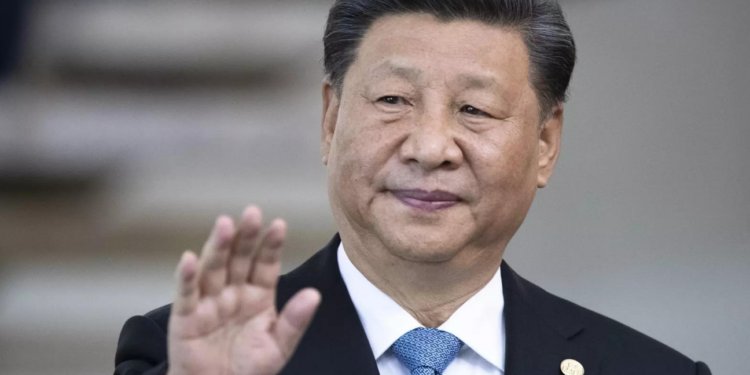 Those of you with longer memories may remember my previous article, published in February, in which I suggested that Xi Jin Ping’s political future would be strongly linked to the CCP ‘Zero Covid’ policy and its perceived success or failure. What, then, of Xi Jin Ping’s bid for a lifetime term of office, to be decided at the NPC (National People’s Congress) on October 16th?

China’s Zero Covid policy remains very much in place while others, notably New Zealand’s, have been suddenly and embarrassingly abandoned. Jacinda Ardern’s statement “We just need to respect everyone’s individual decisions” with regard to ongoing mask-wearing is laughable from someone who sacked state employees who took the individual decision not to be vaccinated. But China’s continuing policy has had deep and sometimes bizarre consequences. Chengdu, where most pandas come from, is a mega-city of 21 million people and was recently locked down for 19 days, until last weekend.

Al Jazeera reported last week that “Residents of Ghulja (where most Uighurs come from) in China’s far western Xinjiang region say they have run out of food after more than 40 days under a strict coronavirus lockdown.” These are heavy lockdowns, by the way: Al Jazeera described them as “whole communities [confined] to their homes for extended periods – with food supplies delivered… with forced medication, arrests and residents being hosed down with disinfectant.”

Back in Chengdu, there was “Outcry as Chinese lockdown traps residents during earthquake” (BBC). Allowing people out of locked compounds was apparently more of a risk (because of Covid) than a 6.8 magnitude earthquake which killed at least 65 people.

This weekend, a coach crash near Guiyang in south China killed 27 passengers while on their forced transportation to a quarantine facility some 150km from their homes. Comments on the Weibo forum were allowed – but only two out of 96 were published.

Because of censorship it is difficult to assess the degree of pushback against policies, but Sina Weibo and TikTok have been busy. There was also genuine concern about coverage of Her late Majesty’s funeral, with many Chinese very surprised at the almost entire absence of face masks (the Chinese delegation excepted). But pushback there is.

So what is the endgame here? Your correspondent makes these predictions.

Firstly, little will happen in the next two to three weeks. The October 16th start to the CCP’s 20th National Congress, at which Xi Jin Ping’s term is up for renewal, is too close for any major announcements. In any event, a change from Zero Covid policy at this stage would be perceived as an admission of failure.

Instead, there will be suppression of dissent. On September 20th, the Weibo account of Lao Dongyan was wiped. She is a Professor of Law at the pre-eminent Tsing Hua University and had 400,000 followers. She is a policy critic. Expect more of the same.

Secondly, Xi Jin Ping will be re-elected. This will not be for life, as often previously assumed, but will be for a third term. Nobody has done this since Mao, so there is a personal achievement for Xi. But not even he is exempt from the CCP consequences of policy failure, so there will be no life term. A clue to eventual succession will be provided by the people escorting him onto the stage.

Thirdly, China will then abandon Zero Covid. Not quite immediately, and not all at once, as in New Zealand. That is not the China way. But China’s economy, and perhaps population, demands the opening of borders with Hong Kong, Asia and beyond. Xi Jin Ping will present this as looking to future prosperity: a leap forward, but perhaps not a great one.