No, Bolsonaro’s Handling of the Pandemic Was Not “Disastrous” 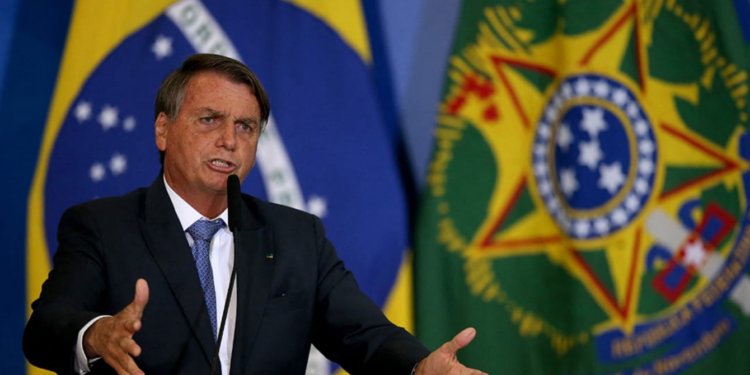 The latest edition of the Spectator carries a piece by Oliver Basciano entitled “Brace yourself for a coup in Brazil“. Basciano speculates that due to President Bolsonaro’s myriad failings, prominent among them his alleged failure to protect the Brazilian population from Covid (he was sceptical about lockdowns and the need for vaccines for those with natural immunity and about their safety), he will launch a coup rather than await the verdict of the online voting machines – which look set to deliver a victory to convicted fraudster, ex-President and darling of the Left, Lula Da Silva.

To back up his claim about Bolsonaro’s “disastrous handling of the pandemic” Basciano states that “some 685,000 Brazilians died”.

Brazil’s a big country with a population of about 220 million. I’m always worried when someone puts in a big number with no context. Is 685,000 deaths a lot? It sounds a lot. But how does Brazil’s pandemic performance compare with some of the poster boys and girls of the Covid A team?

Let’s just contrast Bolsonaro’s “disastrous” handling of the pandemic with that of Jacinda Ardern in New Zealand. You know Jacinda Ardern, she’s the ‘caring woman’, the pin-up girl of Covid zealots the world over.

Well, strangely, the cumulative rate of infections, virtually all of which occurred after she’d coerced persuaded 90% of the population to get vaccinated multiple times, is over twice the rate of the infections to date in Brazil. Yet, Bolsonaro’s performance was “disastrous” and Ardern’s was virtuous?

“Oh, but those are just cases,” says a passing Covidian. “It’s not cases that matter, it’s deaths. And don’t compare to New Zealand, compare the fatality rate in Brazil to that within the EU. We all know that Bolsonaro is a murderer for leaving his country unprotected by vaccination while the EU rolled out vaccinations to nearly all of their citizens.”  Okay, here’s the comparison: Covid deaths in 2020 up to September 20th compared to deaths in 2022 up to September 20th.

Well, that’s an odd thing. In the first nine months of 2020, the number of Covid deaths was almost the same in Brazil and the EU, though as the population of Brazil is lower than the EU the rate of fatalities was admittedly lower in the EU (322 per million vs 643). However, in 2022 the virtuous, caring, sharing, empathising EU leadership have seen Covid deaths increase by 60% over the 2020 figure to a whopping 231,330 deaths, this in spite of having vaccinated most of the deceased. Isn’t that incredible! This year, as Biden tells us it’s all over, we’ve seen 60% more Covid deaths in the EU than we did in 2020 when the first Covid wave broke over an immune naïve population. Meanwhile, that monster Bolsonaro, with his disastrous handling of the pandemic has seen deaths fall by 52% against the 2020 number. If Bolsonaro’s performance had been comparable to the EU’s, 158,000 additional Brazilians would have died this year. Bolsonaro’s supporters could be forgiven for being grateful that it’s Bolsonaro not von der Leyen calling the shots.

Basciano’s Spectator piece goes on to state: “A senate inquiry into his failure to buy vaccines, in a country with almost no anti-vax movement, recommended criminal charges against him.”

I’m not sure what the relevance of the statement “with almost no anti-vax movement” is, but leaving that aside, let’s just test this claim. Another surprise! That awful Covid sceptic Bolsonaro has actually managed to inject more vaccines into more arms in Brazil than von der Leyen has throughout the EU.

I hold no brief for Bolsonaro, but clearly with the sidelining of Trump he is now number one in the firing line, being demonised for not kowtowing to the globalist narrative. The claims about how he disastrously mismanaged the Covid pandemic are just lazy tropes. But worse is that the author, and so many others, appear to believe that the course of a pandemic is within the control of a Government. In reality, I lay no more blame on von der Leyen for her lamentable record across the EU than I do on Bolsonaro for his performance in Brazil or Ardern in New Zealand, at least in terms of the number of ‘cases’ and deaths (the lockdowns and other coercive measures are another matter). Indeed, to make this point, let’s compare the reported infection rate in Brazil with that of South Korea and Japan.

In both South Korea and Japan, mask-wearing has been widespread for years. Both countries have advanced health facilities and health systems. The Japanese and South Korean populations are remarkably compliant with government guidelines. They bow rather than shake hands. They tend to have relatively low BMI measures. They are, in a sense, everything Brazil is not. And yet, South Korea’s cumulative reported infection rate is almost three times that of Brazil and Japan has just overtaken bad-boy Brazil in cumulative infections. The odd thing is no one’s claiming that the performance of Japan and South Korea has been ‘disastrous’. No one’s recommending that their leaders stand trial for criminal negligence.

Questions have been raised about definitions used in defining Covid deaths, hospitalisations and infections.  One thing there’s less ambiguity about is all-cause mortality. Consequently, excess deaths are relatively straightforward to define and perhaps the best benchmark for how the pandemic impacted a country.  If we look at all-cause mortality for a number of South and Central American states the relative performance of Brazil looks pretty good against its regional neighbours.

Was Peru’s particularly hard lockdown the cause of additional all-cause deaths? Maybe, maybe not. Were Bolsanaro’s policies responsible for Brazil’s relatively favourable regional outcome? Again, maybe, maybe not. From the evidence it’s perfectly apparent that we delude ourselves if we attribute Covid deaths to particular government policies. Governments and leaders are responsible for many things, but the reality is they can’t do much against airborne viruses.

Many commentators have claimed that South Americans are particularly susceptible to Covid. The highest death rates have tended to be in South American countries. This may be down to social factors, lack of pre-exposure or it may be genetic. Whatever the cause, the evidence from its neighbours shows that Brazil always faced an uphill task in protecting its population from the ravages of Covid. Couple that with the widespread poverty in the country and the hand to mouth existence of many and realistically, the options faced by Bolsonaro were fairly limited. From our current vantage point, two and a half years down the track, it looks like he played his hand pretty well.

Is it Time to Accept That Omicron is not COVID-19?

PayPal is Failing in its Legal Duty to Treat Customers Fairly