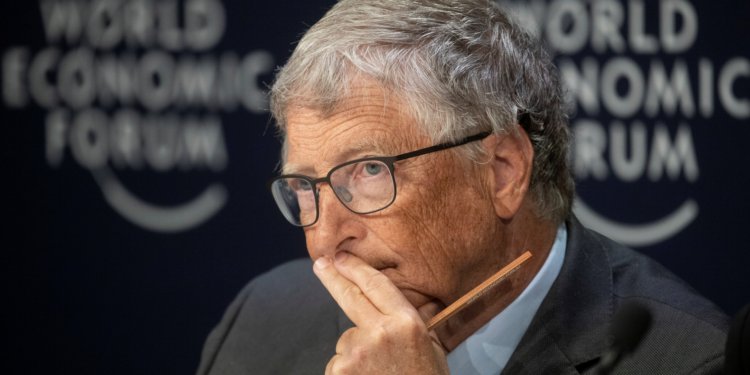 Do the words ‘global’ and ‘health’ fit together meaningfully? After COVID-19, a pandemic now announced as essentially over by lockdown zealots such as Jacinda Ardern and Joe Biden (and with even the World Health Organisation saying the “end is in sight”), it is timely to review this aspect of globalisation. On the one hand, it seems obvious that a contagious disease in one country could easily be spread around the world, justifying a concern with health at global level. On the other hand, most people do not go around worrying about, say, the prevalence of diabetes mellitus on a distant continent. They do not lose sleep over something as abstract or nebulous as global health, any more than global happiness or global diet.

The concept of global health needs scrutiny, because as suspected with COVID-19, underlying motives (such as digital identity systems) may be driving its promotion. Despite good intentions, it is now a battering ram in the battle to move the planet towards all manner of initiatives which have less to do with health and more to do with politics. And those politics are ostensibly in pursuance of progressive ideology. In this article we aim to demonstrate the true nature of global health with reference to the World Health Organisation (WHO), Global Health Now, the organ of the Johns Hopkins University Bloomberg School of Public Health, and the Lancet.

What is global health?

Global health is neither readily definable nor is it clear when the term was first used. Back in the 1950s, some epidemiologists referred to global health but more commonly used the term ‘international health’. The latter remains in use, but while there was a fivefold increase in its frequency of use in academic journals, there was an increase of over 700 times in the use of ‘global health’ by the new millennium.

One study of people in the field of international health showed that “about half felt that there was no need for a new terminology and that the label ‘global health’ was meaningless jargon”. Others who were in favour of the new term “seemed unable clearly to articulate or define it”. The current definition provided in Wikipedia and taken from a 2009 article in the Lancet is “the area of study, research and practice that places a priority on improving health and achieving equity in health for all people worldwide”. That may seem philanthropic, but let’s see how that’s going.

If anywhere can be considered the epicentre of global health, it is in Geneva at the offices of the World Health Organisation, which is charged with being:

…the directing and coordinating authority for health within the United Nations system. It is responsible for providing leadership on global health issues, shaping the health research agenda, setting norms and standards, articulating evidence-based policy options, providing technical support to countries and monitoring and assessing health trends.

As can be seen, ‘global health’ is to the fore here, but it is interesting to examine how WHO sets the agenda. Whereas most people assume that the agency is funded by the constituent countries of the United Nations, this is only partly correct. In the early 1990s, one study showed there was “a crucial shift from predominant reliance on WHO’s ‘regular budget’ – drawn from member states’ contributions on the basis of population size and gross national product – to greatly increased dependence on extrabudgetary funding”.

In the mid-1980s, extrabudgetary funds reached $437 million, which was close to the regular budget of $543 million. However, in the early 1990s, it exceeded the regular budget by $21 million thereby constituting 54% of the WHO budget. Prominent amongst these funders is the Bill & Melinda Gates Foundation, which in 2021 contributed $789 million, exceeding the U.S. contribution by $50 million. It is little wonder, therefore, that Bill Gates was able to spearhead the response to COVID-19.

As we will show, the pervasive influence of the Gates Foundation is apparent almost anywhere the term ‘global health’ appears. As well as bankrolling  the WHO, the Gates Foundation is a prominent funder of the Johns Hopkins Bloomberg School of Public Health, and it has supported the work of at least two Lancet global health commissions, the Lancet Global Health Commission on High Quality Health Systems in the SDG Era and the Lancet Commission on Education of Health Professionals for the 21st Century. More recently, the undue influence of the Gates Foundation on the universal COVID-19 vaccine rollout was exposed in joint Politico and WELT report titled “How Bill Gates and Partners Used their Clout to Control the Global Covid Response – With Little Oversight”.

The starting premise of the Politico report is that early in the pandemic there was “a steady, almost inexorable shift in power from the overwhelmed governments to a group of non-governmental organisations” and that these organisations “took on roles often played by governments – but without the accountability of governments”. An anonymous former senior U.S. health official is reported to have said: “You have to remember that when you’re dealing with the Gates Foundation, it’s almost like you’re dealing with another major country in terms of their donations to these global health organisations.”

The Global Health Now newsletter is issued five days per week. Arguably, it is a prime propagandist of the philosophy and practice of global health. Unquestioningly pro-vaccine across the board, it heavily pushed the COVID-19 vaccine rollout and was also an unquestioning supporter of mask mandates, lockdowns and social distancing. For example, while there was no mention of the DANMASK study, the only rigorous population-based trial of face masks (finding that they were not significantly effective), Global Health News reported favourably on the large natural experiment studying face masks in Bangladesh without indicating its manifest flaws and insignificant results. The bulletin extolled the virtues of Finland, where lockdowns were imposed and largely obeyed, and compared it unfavourably with Sweden, which it transpires fared well without them. Global Health News has ignored the ineffectiveness and socio-economic detriment of lockdown. Searching ‘myocarditis’ on its website only brings up reference to post-Covid myocarditis and not the acknowledged link to the COVID-19 vaccines.

Otherwise, Global Health News comments on politically sensitive topics such as gun laws and abortion; favouring more control of the former and greater availability of the latter. Pollution is covered (but without reference to China) and the climate change agenda is accepted uncritically. The scientific case for a climate crisis is easily contestable. ‘Net Zero’ policies will undoubtedly have deleterious effects on health, but Global Health News is singing from the same hymn sheet as other globalist media. Road traffic accidents, which obviously have adverse health consequences are, remarkably, described in one entry as a “public health crisis”. This suggests that there is no limit to the scope of global health pronouncements and programmes.

The prestigious medical journal, the Lancet, is another major mouthpiece for the global health agenda. With its generic coverage, the Lancet makes an important contribution to all areas of healthcare, but there is a strong and perhaps hubristic editorial commitment to the global health agenda. One of us (RW) attended a conference at National University of Singapore in 2014 that was jointly addressed by previous JAMA editor Howard Bauchner and long-standing Lancet editor Richard Horton. The audience was told by Horton that the Lancet is less a medical journal and more of an NGO.

A recent report by the Lancet, resulting from one of their many commissions, into the international response to COVID-19, lambasted many governments for their inadequate and poorly coordinated responses. Inevitably, the claim was made that a multitude of lives would have been saved if governments had locked down sooner and harder. The report continues to recommend masks and social distancing, despite the abject lack of evidence. The WHO comes in for some criticism, also for acting tardily and with insufficient vigour to the emergence of COVID-19. Nevertheless, the Lancet report, among other things, recommends positioning WHO as the lead institution for responding to emerging infectious diseases and reforming its governance to create a new WHO Global Health Board to support decision making in urgent and controversial matters. This was all enthusiastically reported in Global Health News.

The bodies described here are not the only ones concerned with global health, but they are certainly three of the most prominent. What we see is analogous to the Woozle phenomenon in academic publishing, so described in Winnie The Pooh when Pooh and Piglet keep going in circles under the impression they are hunting Heffalumps and Woozles, only to find that the footsteps they are following are their own. In the field of global health, the impression is given that there are many independent entities involved, but scratching the surface shows that some of these are hydra heads with the same body. In this case the common denominator is the Gates Foundation.

Global health could be a boon for the progress of humanity, but it depends on who is funding and managing it. All that is global is not gold. Arguably, the response to COVID-19 showed that powerful actors in the health domain have been building a Tower of Babel. And we know what happened to that globalist project.