Politicians Need to Learn How to Think Ethically to Avoid Lockdowns 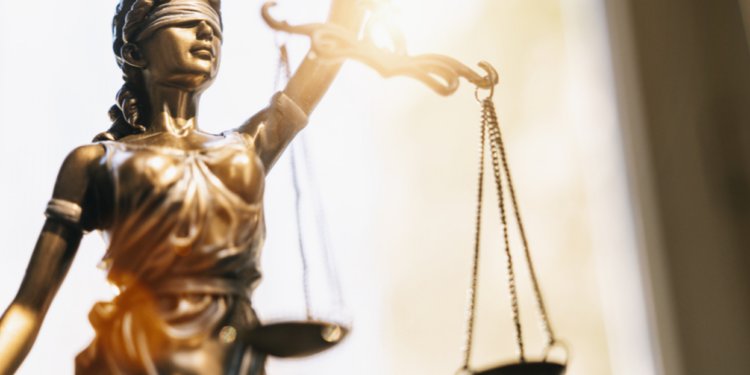 Last week, the Health Advisory and Recovery Team (HART) published an article advocating the use of “ethical frameworks” to counteract disingenuous government behavioural science techniques. HART argues that deliberate use of fear tactics, shaming the non-compliant and covert ‘nudging’ are unethical and must be challenged by explicit ethical standards. As an example, they cite the “Seedhouse Grid… developed to promote ethical decision-making in health care”.

It is naturally pleasing to read that a tool I invented 35 years ago is still considered relevant, though the Ethical Grid (to give it its correct title) represents much more than a set of guidelines. The idea is simple. First, since labelling a decision ethical or unethical will always be controversial, the emphasis should be on the deliberative process rather than rules: the question is not “has ethical rule X been correctly applied” but “have we balanced sufficient factors as we work out what to do”? Second, rather than enshrine a set of objective principles, codes or pseudo-laws, the personal nature of ethical judgement should be embraced. Third, ethics is therefore best seen as a transparent form of critical thinking, always open to revision in the light of new evidence and argument.

Its layers represent four necessary aspects of competent social decision-making, whether done by individuals, groups or larger organisations, including government. They encompass practicalities (black), consequences or outcomes (green), duties or obligations (red) and purpose or rationale (blue). The choice of segments in each layer is not fixed, the concepts are possible rather than necessary – for example, ‘uphold rights’ might be preferred to ‘do most positive good’ and ‘most beneficial outcome for the most disadvantaged’ might replace the more general ‘particular group’.

In this example the blue boxes have a special role, summarising key components of working for health. But these too might be changed, for instance a Grid to support ethical journalism might offer ‘objectivity’, ‘balance’, ‘accuracy’ and ‘accountability’ in the blue layer.

There are several ways to apply the Grid to real-world decision making. Privately it can work as a prompt, ensuring that significant elements are not overlooked. Used in groups it is an evocative catalyst for creative conversation. Were it to have been used in the recent Archie Battersbee case, for example, the deliberative group might have involved the family, the Trust, experienced health care practitioners, legal experts and psychologists. The Grid could have been projected on a screen in a discussion room or implemented digitally. A proposal could have been put forward, say: “Life support will be discontinued after two weeks if there has been no improvement in Archie’s condition”, and participants invited to agree or disagree, referencing key segments.

Using the Grid is far from a check box exercise, nor is it intended to be applied by rote, rather it is meant as a flexible, exploratory approach to tough decision-making in which meanings and preferences are brought into the open. Possible meanings of each segment can be defined by the participants in the context of the issue at hand (and may be defined differently dependent on participants’ priorities); each participant can identify the most important segments in his or her opinion; and practical information (law, level of risk, availability of resources and so on) can also be clarified.

In order to judge who should enjoy the “most beneficial outcome”, ‘benefit’ must be defined and potential outcomes evaluated. Does “maximising benefit” mean ‘indefinite life’ for Archie and others in similarly tragic situations, or does it mean ‘a peaceful death’? If Archie is to be ‘respected equally’ with others, does this mean he should be supported to the same extent as patients with a better quality of life, or does it mean being treated similarly to others in this sort of situation? How certain is the evidence? What are the risks? Can we somehow accommodate ‘risk to individual existence’, ‘risk of devastating the family’, ‘risk of setting legal precedent’, ‘risk of unwisely using scarce resources’, ‘risk to religious beliefs in the sanctity of life’ and ‘risk to the Trust’s reputation’ in such a way that everyone involved can have their values acknowledged?

Any Grid analysis might head in many different directions, but using it will help ensure a comprehensive ethical investigation. Purposefully applied, the Grid inevitably brings values and disputes into sharper focus.

The result of using the Grid is al ways unpredictable. And it is this very uncertainty that is so vital and humbling. There are rarely if ever any right answers in ethical complexity. Open minds are essential, as any serious attempt to apply the Grid shows.

What if decision-makers had used the Grid or similar overt decision-making strategy in the U.K. in March 2020? It would have required insight, courage and humility in that febrile atmosphere, but it would have given ministers breathing space to contemplate alternatives to the ethically blind hysteria to which they so easily succumbed.

The Grid could have been used to make the case for lockdown, perhaps focusing on ‘risk’, ‘benefit for society’, ‘minimising harm’ and ‘serving needs first’. But this would have required a comprehensive rationale and a systematic ethical defence of any changes to civil liberties and established law – using the Grid demands a full and honest exploration of all its factors, in combination and in context. Sticking stubbornly to a bizarrely purist version of ‘following the science’ would not have been an option, nor would journalists who used it have found it quite so easy to denigrate protesters. We were after all simply asking for a little common-sense.

It is quite extraordinary that governments around the world were able to ignore the blindingly obvious fact that decisions of such massive import – locking down society, imposing sweeping laws preventing normal behaviours and coercing people to accept experimental interventions – are so abnormal that they require all-embracing ethical justification and should not be permitted in its absence.

HART is right to call for explicit ethical frameworks, but such declarations are a first step only. As we witnessed, even the most carefully crafted ethical pronouncements are shockingly vulnerable to the whim of ignorant news media and politicians, many of whom seem to have no knowledge of the history of medical ethics or the battle to establish universal human rights in the aftermath of brutal 20th century wars.

The act of deliberation and the freedom to reflect openly matters much more than any specific set of principles. Given the disastrous consequences of the absurd official response to Covid, we must somehow try to ensure that any future policymaking of such consequence must be subject to sustained and participatory ethical processing.

Dr. David Seedhouse is Honorary Professor of Deliberative Practice at Aston University and the creator of Our Decision Too, a free website of participatory democracy which welcomes new members.

Did Boris Scuttle Peace Talks Between Ukraine and Russia?