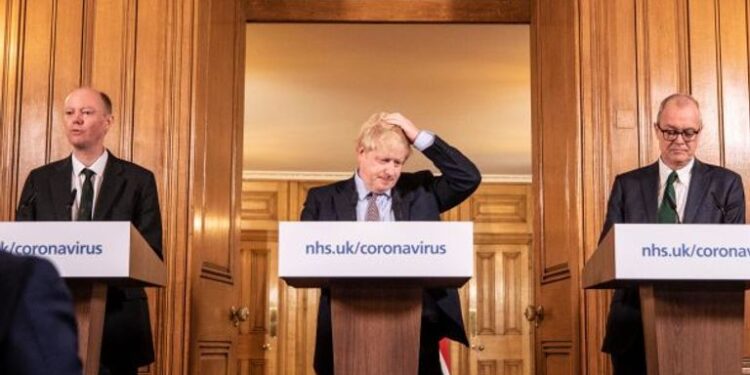 The conventional wisdom of the past two-and-a-half years – that lockdowns saved hundreds of thousands of lives and prevented the NHS from being overwhelmed – feels as if it’s about to collapse. A leader in today’s Telegraph, reprinted in full below, is a case in point.

For much of the pandemic, critics of lockdown were condemned as selfish, stupid, uncaring or worse. Their motives were impugned. Their arguments were misrepresented. Asking whether it was proportionate to shut down the country to control a virus that was only a serious threat to the very old and vulnerable was denounced as Covid-denial. Even Tory MPs joined in the witchhunt, with one launching a website devoted to exposing the “errors” of “dangerous” lockdown-sceptics, including respected scientists.

Rishi Sunak’s interview with Fraser Nelson, in which the former chancellor reveals the extraordinary way in which decisions were made during the pandemic, therefore represents something of a turning point. Mr Sunak says that the costs of lockdown were not acknowledged by decision-makers, that raising concerns about the closure of schools was met with silence, and that dissent within Sage meetings was effectively ignored. “You have to acknowledge trade-offs from the beginning,” he says. “If we’d done all of that, we could be in a very different place.”

This is what many opponents of lockdown have been arguing since March 2020. The difference now is that the costs of that policy are impossible to ignore. The NHS is on the verge of collapse, but this time due to a tsunami of non-Covid patients who were denied treatment during the pandemic. Children are struggling to catch up with lost learning. You cannot simply switch an economy off and on again without massive collateral damage. Handouts and the rise of working from home have fuelled a culture of indolence and entitlement among hitherto self-reliant groups.

In these circumstances, it is likely that other former ministers will decide to go public with their misgivings. Mr Sunak was a member of the “quad” responsible for most pandemic policy-making, along with Boris Johnson, Matt Hancock, and Michael Gove. None of them is thought to have much of a future in front-line politics, and so their former colleagues will have fewer reasons to keep quiet about the flawed processes and political cowardice that saw the UK rush into lockdown.

It is important that they do. Left-wing pundits might obsess over whether the Government failed to shut down the country early enough, but the question the public inquiry ought to answer is whether we should have been locked down at all. As the costs mount, more and more people may conclude that it was all a calamitous mistake.

Is it too much to hope for an apology from Neil O’Brien, the Conservative MP referred to above who launched a website devoted to smearing lockdown sceptics, including the scientists Sunetra Gupta, John Ioannidis and Carl Heneghan?

Stop Press: Fraser Myers has written a good piece for Spiked lamenting the fact that there was so little debate about the wisdom of the lockdown policy in March 2020, with anyone who questioned it immediately being branded an inhuman monster.