The Mainstream Media is Gaslighting Us About Climate Change 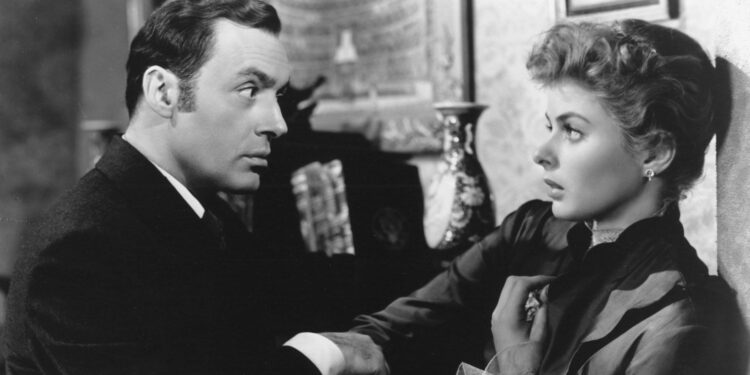 In 2013, the CNN presenter Deborah Feyerick asked if asteroids falling to earth were caused by climate change. Earlier this year, CBS anchor Nate Burleson commented on the Tonga earthquake by saying: “We talk about climate change… these stories are a harsh reality of what we are going through. We have to do our part because these are more frequent.” Last week, the academic networking blog The Conversation discussed the Fagradalsfjall volcano eruption in Iceland and asked: “Is climate change causing more eruptions?”, adding that it had the potential to increase volcanic eruptions and affect their size.

In the climate change show, jumping the shark is now a daily occurrence, particularly in the mainstream media. Gaslighting on a global scale is evident as the media push the command-and-control Net Zero agenda. Bad weather incidents and natural disasters are catastrophised to promote this increasingly hard-left political agenda. But the distinguished atmospheric scientist Emeritus Professor Richard Lindzen of MIT recently voiced the views of an increasing number of people when he said the current climate narrative was “absurd”. Yet he acknowledged that it had universal acceptance, despite the fact that in a normal world the counter-arguments would be compelling. “Perhaps it is the trillions of dollars being diverted into every green project under the sun, and the relentless propaganda from grant-dependent academics and agenda-driven journalists, along with the political control offered to elite groups in society by Net Zero, that currently says it is not absurd,” he speculated.

The Daily Sceptic has written numerous articles presenting evidence that global warming started to run out of steam over 20 years ago, despite the frequent, back-dated and upward temperature adjustments made by state-funded weather services. No science paper exists that proves conclusively that humans cause noticeable changes in the climate by burning fossil fuel. Despite years of research, scientists are no nearer knowing how much temperatures will rise if carbon dioxide doubles in the atmosphere. No link has been shown directly connecting temperatures and CO2 rises (and falls) over the entire paleoclimatic record. Countless natural processes play a part in determining climate conditions. And attempts to link individual weather events to long-term changes in the climate are produced by climate modellers and green activists giving vent to wishful thinking.

In the absence of credible science, there has been a resort to the name-calling, shaming and appeals to authority, common in previous ages. The recent news that the Great Barrier Reef (GBR) had returned to blooming health, and was showing record growth, was a disaster for most mainstream media outlets. All parts had reported for years that the coral was on its last legs due to human-induced climate change. During this time, the GBR observer Professor Peter Ridd was vilified for stating that the reef was a vibrant and healthy ecosystem. He was fired from his post at James Cook University for pointing out the deficiencies in the output of reef science institutions.

In August 2019, the Guardian reported that the former Australian chief scientist Ian Chubb had accused Ridd of “misrepresenting robust science” about the plight of the GBR. Shamefully, it repeated without comment Chubb’s slur that Ridd was relying on the “strategy used by the tobacco industry to raise doubts about the impact of smoking”.

Professor Ridd emerges from the whole sorry affair with his reputation restored and an acknowledgement that true scientists report their findings without fear of the mob, or seeking the favour of the Establishment.

Just days before the news was confirmed that the GBR was continuing to grow back in record amounts, the Guardian ran a long article saying that scientists had demonstrated “beyond any doubt” that humanity is forcing the climate to disastrous new extremes, They hadn’t, of course, and “beyond any doubt” is a phrase borrowed from the criminal law, not science. Professor Terry Hughes from the National Coral Bleaching Taskforce estimated that close to 50% of the GBR coral is already dead. Attribution science is said to show that the hot March weather in 2016 that caused a “catastrophic die-off” in 2016 was made “at least 175 times more likely” by the human influence on the climate. A more realistic explanation, invariably ignored in mainstream media, is that the powerful El Nino experienced in that year warmed sea waters temporarily, and led to a natural burst of bleaching. Full reef health was quickly restored when the effect of the natural oscillation was removed.

The global media gaslighting over political climate change is easier to understand if you follow the money. Earlier this year, the Daily Sceptic reported that the Associated Press was adding two dozen journalists to cover “climate issues”. Five billionaire foundations, including the left-wing Rockefeller operation, supplied $8 million. AP now says over 50 jobs are funded from these sources. The BBC and the Guardian regularly receive multi-million dollar contributions from the trusts of wealthy donors. It is estimated that Bill Gates has given more than $300 million over the past decade to a wide variety of media outlets. Democrat power couple James and Kathryn Murdoch also help pay the staff’s wages at AP. On their Foundation web site, it is noted that there is an investment in Climate Central, where meteorologists are used as “trusted messengers” of the links between extreme weather and climate change.

Meanwhile, the foundation of the green technology-funding Spanish bank BBVA hands out annual €100,000 payments. Last year the cash went to Marlow Hood of Agence France-Presse, who describes himself as the “Herald of the Anthropocene”, the latter being a political renaming of the current Holocene era. In 2019 Matt McGrath of the BBC took home the annual prize, while in 2020 it ended up in the coffers of the Guardian.

The White Queen tried to believe in six impossible things before breakfast. It’s a shame climate change wasn’t around in Alice’s day.