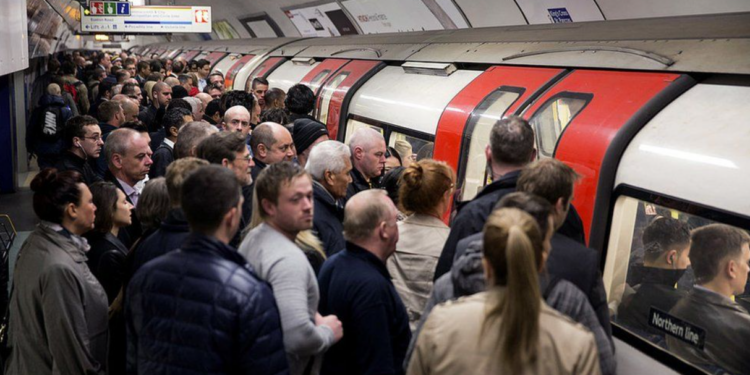 A massive 75% of Londoners say they will never return to the office full time after working from home (WFH) during the lockdowns, a major new study has found. MailOnline has the story.

A survey of by the Policy Institute and King’s College London suggests working life in the capital is unlikely to return to pre-Covid patterns any time soon, with 60% of workers still WFH at least once a week.

Only 20% of Londoners are currently in the office full time, with 13% WFH entirely.

And 80% of home workers say the so-called hybrid system has had a positive impact on their lives, with the lack of a rush hour commute cited as the top benefit.

The crippling Tube strikes this week, and in March, are likely to have added to this sentiment after bringing the network to a grinding halt and forcing commuters to board packed out buses and hail pricey Ubers and taxis.

It’s also clear that coronavirus is still playing on the minds of workers, with just under half (48%) citing it as a main reason for wanting to avoid travelling to work.

The cost of commuting and the time it takes to get to the office were also among the main gripes.

The strong support for WFH comes despite Boris Johnson’s pleas last month for people to return to the office full time.

The Prime Minister claimed that people end up obsessively grazing from the fridge while working from home, admitting that he often found himself spending “an awful lot of time making another cup of coffee”, or “hacking off a small piece of cheese” before “forgetting what it was you’re doing”.

Boris’s procrastinating home-working habits may explain a lot about the last two years.