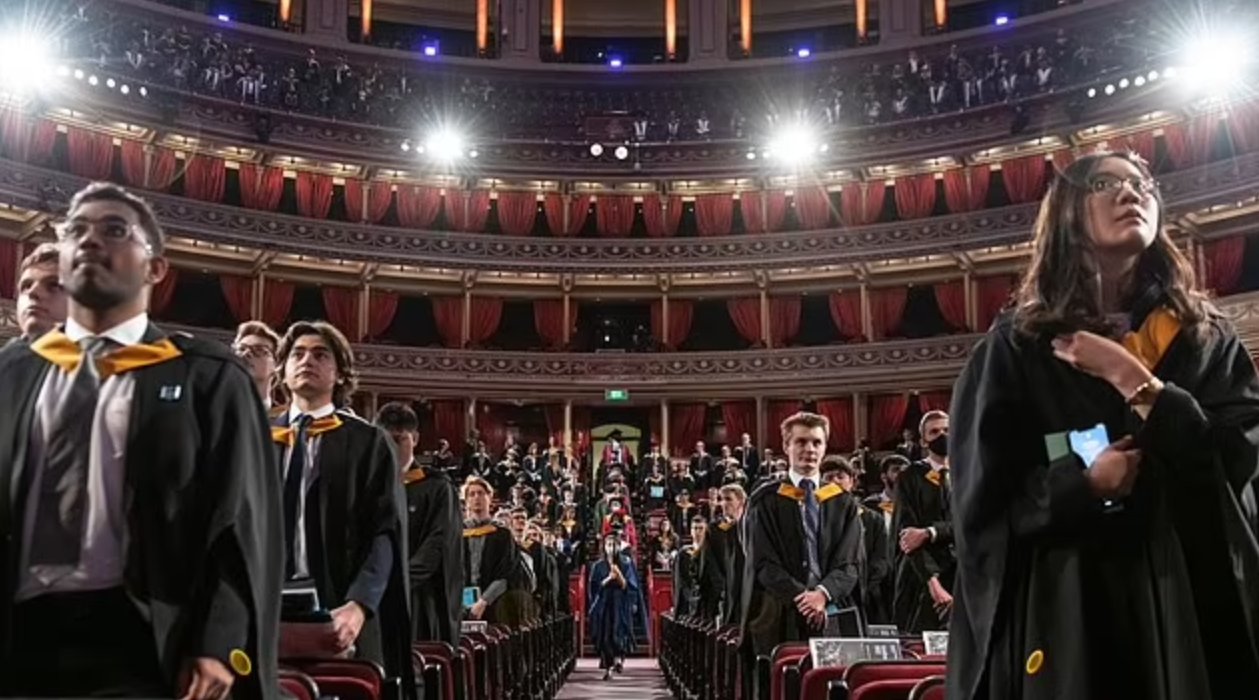 Imperial College London, home of some of the U.K.’s most infamous lockdown cheerleaders such as Professor Neil Ferguson, has enraged parents and students by banning parents from attending their children’s graduation ceremonies due to ‘Covid safety’. The Mail has more.

Parents have voiced their frustration at being unable to attend their children’s graduation ceremonies as a London University stuck rigidly to former Covid regulations.

Imperial College London refused to allow parents and other guests to attend graduation ceremonies in person at the Royal Albert Hall on March 10th and 30th, insisting on the safety policy as “cases of Covid are still prevalent in the U.K.”.

This is in spite of Government regulations coming to an end on February 24th.

As a result, many parents were forced to watch their children’s graduation ceremonies online before joining them for celebrations afterwards, the Telegraph reports.

The couple had travelled from Nottingham hoping to see the ceremony, which Mr. Grace had deferred last year in the hope that they could attend in person.

Unfortunately, guests are unable to attend our March ceremonies. Safety for graduates and staff is of utmost importance. Cases of Covid are still prevalent in the U.K., and although the pandemic appears to be largely under control at present, we are also mindful that the circumstances could rapidly change. The measures in place have been designed to give the best possible chance of graduation going ahead.

Planning for the ceremonies has also been done to best mitigate against any further disruption to graduation in the event of a rise in cases. In the interest of safety, the Graduation Advisory Committee, which includes representation from students and academic staff, made the difficult decision to reduce the number of attendees by restricting Graduation 2022 to graduands only.

I was confused by the reference to the pandemic being “largely under control”. The Government has lifted all restrictions and according to the ONS prevalence is as high as ever. It’s not in any sense “under control”, it’s just we’ve sensibly decided as a country to move on and stop indulging in the self-destructive and paralysing fear that Imperial academics did so much to encourage. Imperial, on the other hand, seems determined still to live in that fear – or rather, is happy to imply it is when it makes life easier for staff by, say, not having to accommodate parents at graduation ceremonies.

The Guardian Rewrites the Facts