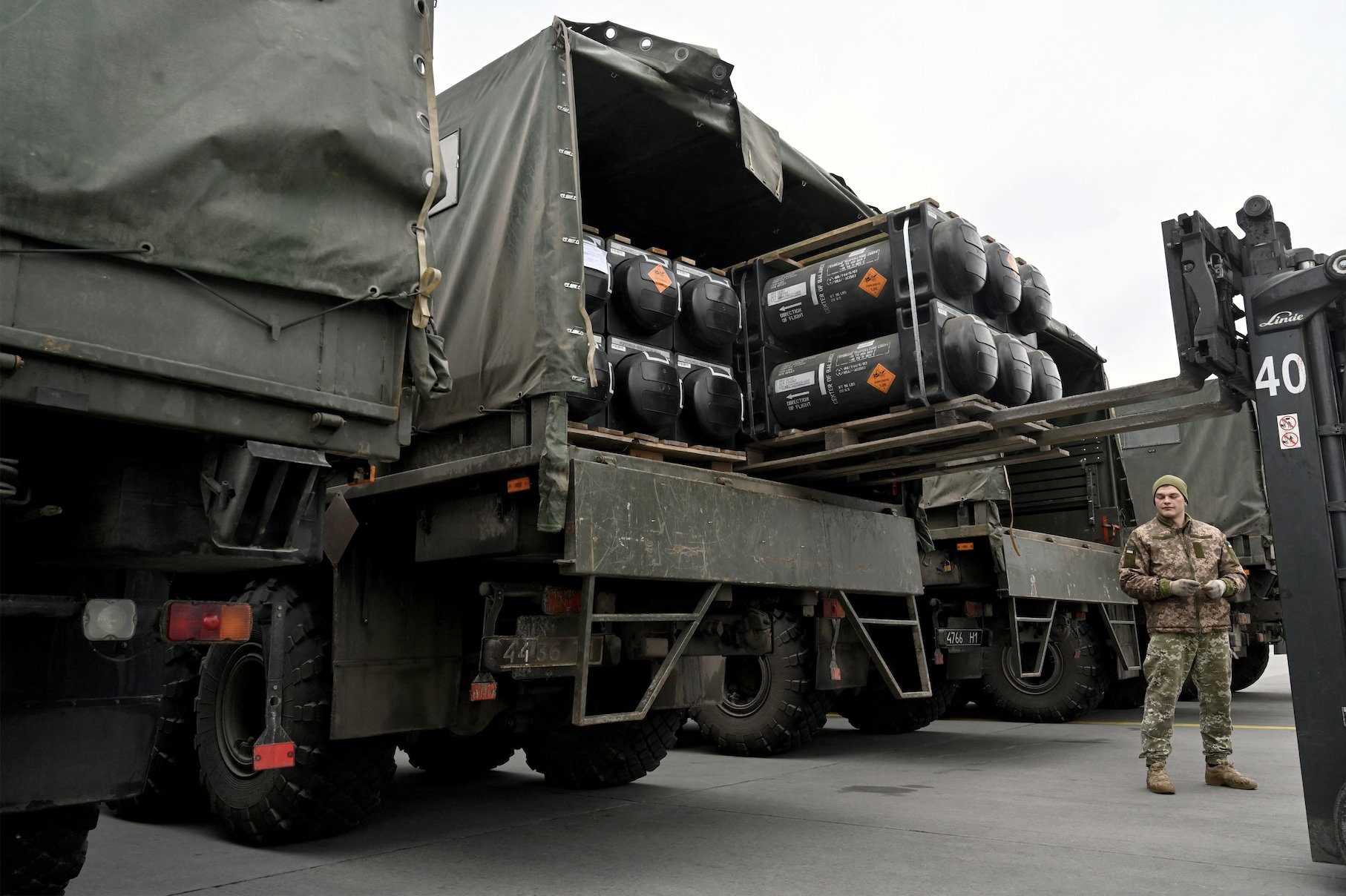 I would like to thank Ian for his response to my post about the morality of supplying arms to Ukraine. However, I find it odd that he describes my post as “wrong on every level”, since its purpose was to express reservations/raise doubts about the policy of arming Ukraine, rather than to argue forcefully against doing so.

Does Ian believe that it’s “wrong on every level” to express reservations/raise doubts about pouring billions of dollars worth of weapons into foreign country? Does he disagree with my conclusion that Western leaders should at least be considering the possibility that arming Ukraine could do more harm than good?

The only policy of which I expressed strong disapproval, and of which I continue to disapprove strongly, was that of turning Ukraine into ‘another Afghanistan’. I will now address some of Ian’s specific points.

To support this argument, I drew an analogy with the Syrian Civil War, suggesting that ordinary Syrians might be better off today if the US had not armed rebel groups. Ian may disagree with this suggestion, or may believe the Syrian Civil War is not a good analogy, but it’s important to clarify exactly what I said.

Ian claims my argument could be applied to any conflict where one side is “able to inflict sufficient harm on the populace of its enemy”, but that isn’t true. I considered the possible consequences of supplying arms, and claimed that “a very bloody conflict that drags on for ten years” would be worse than Russian annexation of half the country.

He may disagree with this claim. But it doesn’t mean that what I was saying is: whenever one side can inflict a lot of harm on the other, you should just let that side win.

Suppose, for the sake of argument, that a reasonable worst-case scenario is Russia killing every last Ukrainian. In that case, the argument for supplying arms would be overwhelming, as no outcome could be worse for ordinary Ukrainians than this. Hence I was not signing up to any sort of “aggressors’ charter”.

Ian then claims that, under my line of argument, freedom becomes “something like a subjective value judgement” rather than “an absolute moral right”. Here he’s correct – this is what I was arguing. (By “freedom”, I think he means ‘the freedom not to live under foreign occupation’.)

There are two reasons why I believe this. First, as I’ve already tried to make clear, some things are worse than living under foreign occupation, such as living in a perpetual warzone. Personally, I would prefer to live under Russian rule than in somewhere like Syria circa 2014. He may have a different preference. But clearly people do disagree.

Second, if you take the view that freedom is “an absolute moral right”, then the West should be intervening in every conflict around the world where people believe they’re living under foreign occupation.

I would add that the situation in Ukraine is more complicated than he suggests. Yes, outside Crimea and the Donbass, the majority of Ukrainians (probably the vast majority) oppose Russian annexation. However, this does not mean there’s a simple choice between freedom on the one hand and tyranny on the other.

Toward the end of his article, Ian implies that I was trying to ‘second-guess’ the preferences of the Ukrainian people. And that’s true. But by taking the opposing position, he’s doing the exact same thing. Neither of us has any data, and at this point in the conflict reliable data would be very difficult to gather.

What’s more, I didn’t dispute that there are many Ukrainians who want to fight. I merely asked whether they will be “just as keen to fight if the war drags on for months or even years”.

By way of conclusion, let me reiterate that supplying arms to Ukraine may work, but we shouldn’t just assume it’s the right policy. From where I stand, the best thing the West can do is pressure both sides to negotiate, in the hope of a reaching some kind of settlement – like the one John Mearsheimer suggested in 2014.