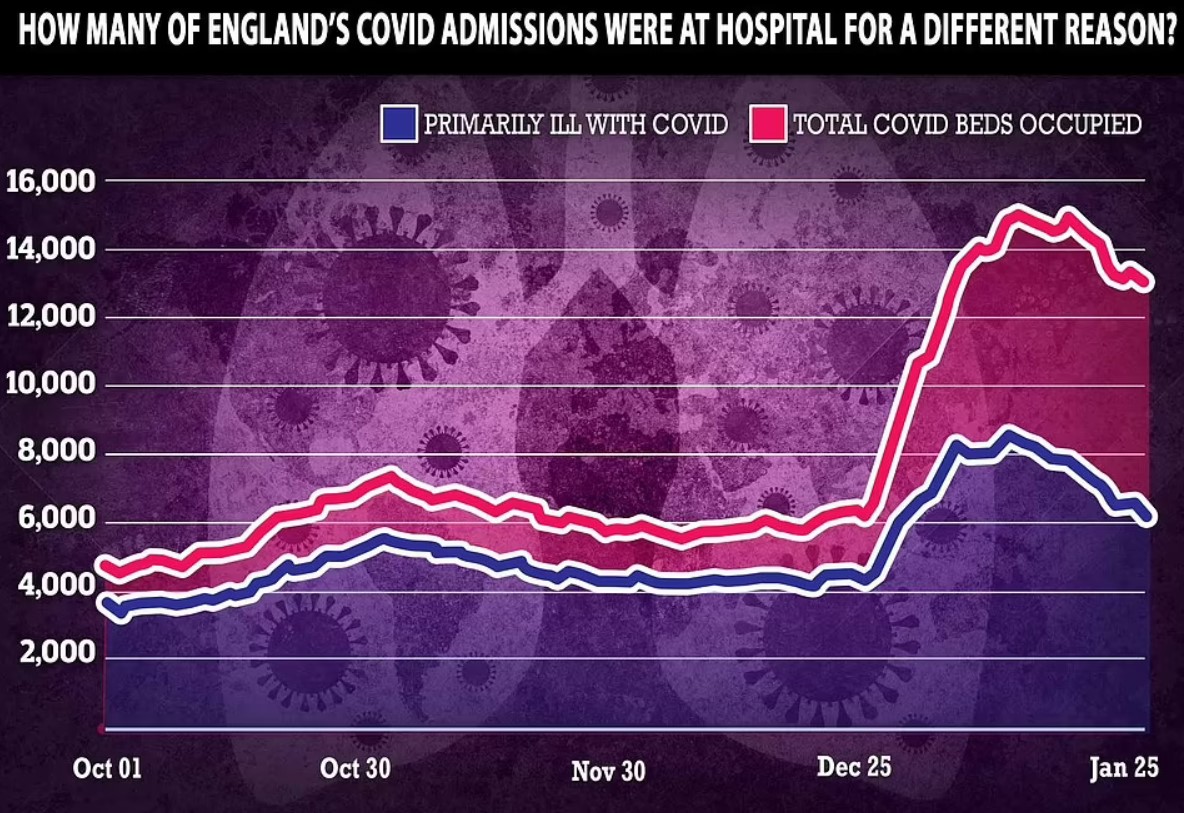 The majority of Covid patients in hospitals in England are not primarily being treated for the virus for the first time, rising to almost two thirds in London, official statistics show. MailOnline has more.

As few as a third of inpatients are mainly sick with the virus in parts of the country, with the rest mainly receiving care for a range of other conditions, such as a broken leg or heart disease.

Experts have called for the breakdown of so-called ‘incidental’ cases to be published alongside daily Covid figures to reveal the true extent of NHS pressure.

There were 13,023 Covid patients in hospital on January 25th, according to the latest NHS England figures, of which only 6,256 were primarily there for the virus (48%). This share has plummeted since the emergence of the super-mild Omicron variant in late November, when three-quarters of inpatients were mainly ill with the disease.

Professor Paul Hunter, an infectious diseases expert at the University of East Anglia, told MailOnline the figures highlighted that the worst of the pandemic was “certainly” over.

He said it was “absolutely” the time to start differentiating between primary and incidental Covid patients in the daily numbers.

“I think that data should be on the dashboard, giving more information is always better than giving less. It all fits in with the observation that Omicron is more infectious but less severe.” …

Little over a third of inpatients are primary Covid in London (36%) and the East of England (38%), while in the Midlands and the South West the proportion is 46% and 49%, respectively.

Should All Predictive Modelling Be Banned?

Latest Mortality Figures Suggest That Vaccine Effectiveness Has Been Overestimated