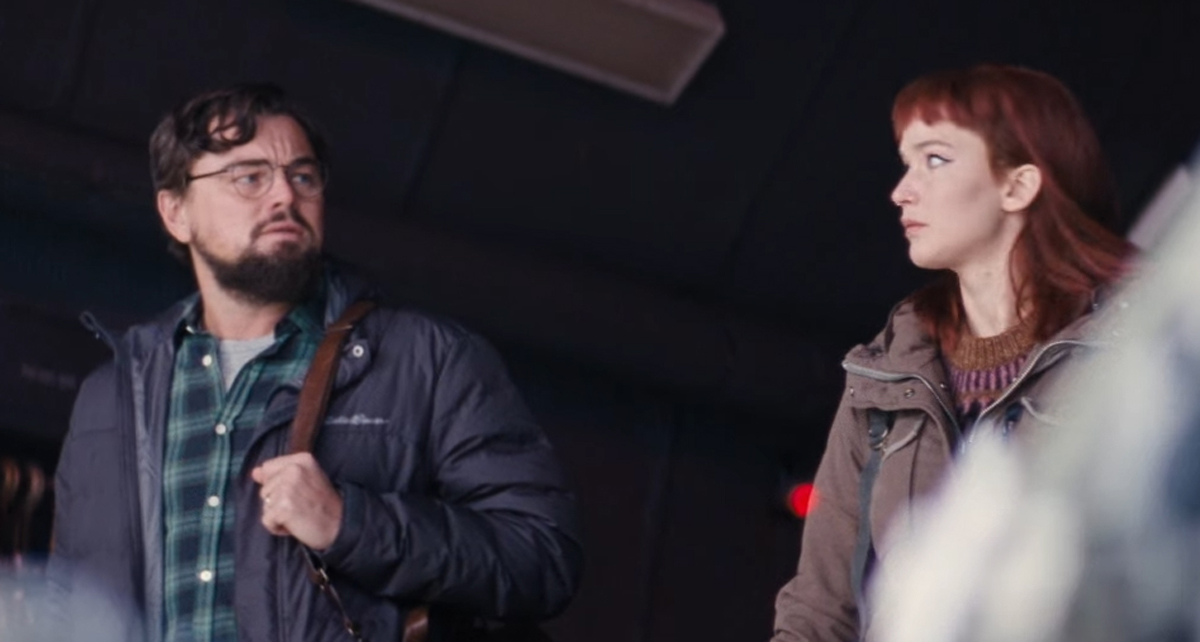 My Spectator column this week is about Don’t Look Up. Here are the opening paragraphs:

I wasn’t looking forward to seeing Don’t Look Up, the new satirical film on Netflix. It’s about a couple of American scientists who discover a giant ‘planet-killing’ comet that’s going to collide with Earth in just over six months. They try to warn the world about this existential threat but no one takes them seriously, from the President of the United States on down. Some people half- listen, but then get distracted by gossip or greed or lust, and when they do engage they come up with excuses, like pointing out the science is only 99.78 per cent certain, not 100 per cent, so why don’t we just ‘sit tight and assess’? Or maybe we can solve the problem with technology?

In case you haven’t got it yet, Don’t Look Up is an allegory about climate change, with a little bit of Covid denialism thrown in. Writer and director Adam McKay, whose last film was a vicious attack on Dick Cheney, believes we’re burying our heads in the sand when what we should be doing is paying attention to ‘the science’ before it’s too late. In other words, he’s from the Greta Thunberg school of environmental catastrophism. The correct response to the apocalyptic predictions being spat out by computer models, whether designed by epidemiologists or climate scientists, is to panic — big time.

Now, there’s an obvious flaw in this analogy, as I point out.

Given how many times environmental activists have warned of imminent disaster — Paul Ehrlich, author of The Population Bomb, said that if we didn’t mend our ways we’d disappear in a cloud of blue smoke by 1988 — it would be more accurate if the two scientists in Don’t Look Up had been telling us a comet was about to destroy our planet roughly once a year for the past 50 years. You think I’m exaggerating? Peter Wadhams assured us that Arctic ice would disappear by 2015, Prince Charles said that we had eight years left to save the planet 13 years ago, and in 2009 Gordon Brown reduced that to just 50 days. It would hardly be surprising if people had grown a little wary of these doom-mongers.

Yet, incredibly, they haven’t. On the contrary, every time a climate scientist — or a 14-year-old girl — pops up to tell us the Earth is about to catch fire, the reaction of politicians, movie stars, media personalities, recording artists and just about the entire professional class is to start running around like headless chickens. Don’t Look Up has got this issue precisely backwards. The problem isn’t that these Cassandras aren’t believed. It’s that every huckster with an ‘End Is Nigh’ sandwich board around their neck is treated as a visionary prophet who can predict the future with 100 per cent accuracy. Where’s Adam McKay been for the past 22 months? Does he really believe the world didn’t panic enough about Covid-19? He’s like the last man in the theatre after someone’s shouted ‘fire’. Everyone else has stampeded for the exits, but he’s still sitting in his seat, thinking: “Why am I the only one taking that warning seriously? What’s wrong with these people?”

However, I go on to conclude that in spite of these obvious flaws, Don’t Look Up is actually quite funny. The moral is that it’s possible to enjoy the work of people on the other side of the political aisle without endorsing their crackpot ideology.