Universities Must Not Switch to ‘Remote Learning’ Again 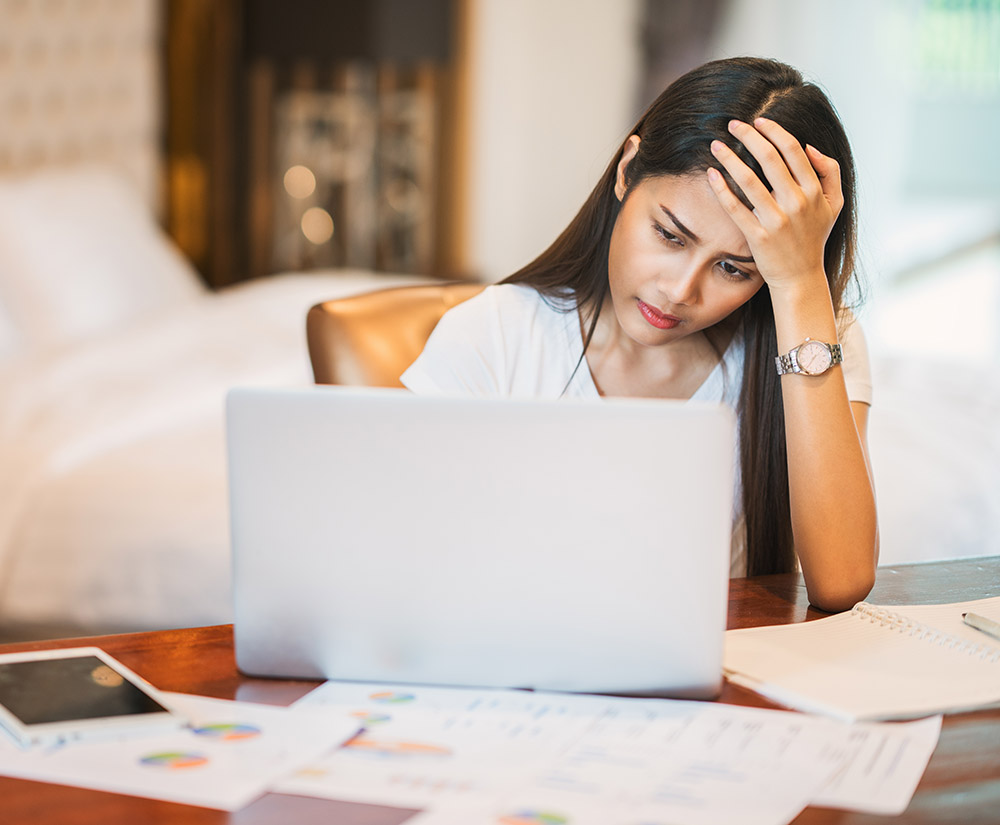 Asia student do not understanding about online learning, stress and unhappy on the bed room this immage can use for home work, education, business and job concept

We’re publish a guest post today by Dr David McGrogan, a Professor at Northumbria Law School, making an impassioned plea to higher education providers not to switch to ‘remote learning’ next term in response to the Omicron panic. In his view, this will send a series of terrible messages to students, including that the world is a dangerous place and you had best avoid it by living your life online. You can link to Professor McGrogan’s Substack newsletter here.

It’s “déjà vu all over again” as Covid restrictions are reimposed. The sense that more is coming is almost palpable – a repeating pattern that it increasingly feels we will never escape.

Here in higher education, the mood is a strange mixture of resigned and febrile. On the one hand, staff and students plod gamely on towards the end of the semester while trying not to think about the news. On the other, there is a drumbeat of anxiety underpinning everything: will we be here in January, or will it be back to the dreaded ‘remote learning’, which we performed for almost the entirety of last year?

‘Dreaded’ is not too strong a term. The experiment of 2020-21, if it can be called that, was a disaster. It is no slur against either academic staff or students to confess this. We all did our best, but it was made painfully evident during the last academic year that human beings simply can’t learn from sitting in front of a screen. Teaching is a relationship that has to be performed in person, where teacher and student can read each other’s gestures and facial cues, gauge each other’s reactions, and – more importantly – build the foundations of trust on which education rest. Students need to be enthused about what they are studying by being in a room with a lecturer who really appreciates the importance of their subject. They sometimes also need to be told to concentrate, to listen, to stop looking at their phones. None of this works when mediated through a digital device.

Those are just the educational reasons why the shift to remote learning was so harmful, though. Far more serious, in my view, were the messages that it sent to students.

The first of these messages was: although your money is important, you as an individual are not. You may have had a bad experience, but that doesn’t particularly matter in the grand scheme of things; universities stayed afloat, halls of residence were full, the number of NEETS did not explode and embarrass the Government, and the game went on. You were worth sacrificing in the name of those imperatives.

It was hardly deliberate that this message was sent to undergraduates, but it is the one which many of them, consciously or unconsciously, will have taken from the way they were treated during 2020-21. It is unfortunate enough that this will have created a lot of bad blood between students and universities (despite the fact that it cannot really be said to be the fault of universities themselves). More seriously, it will have created a lot of resentment in the younger generation toward society as a whole: when push came to shove, they now will feel they were really just an afterthought.

The second message was: the reason why you go to university is to get a degree. Why does it matter if you didn’t really learn much all year and had a rubbish experience? You’ll get a 2:1 at the end anyway. Higher education was already being instrumentalised at speed thanks to the introduction of the requirement for students to pay tuition fees. The shift to remote learning put this on rocket boosters.

However, it will hardly need emphasising to anybody who went to university before, say, 2010, that the experience is about much, much more than just getting a degree. The philosopher Michael Oakeshott memorably described university as an “interval” – a “reprieve for three years from the rat race”; a kind of pause between childhood and the “long littleness of life”. It was sheer “good fortune” to be able to go, and it was there to be enjoyed “as Pope Pius II on his election said he intended to enjoy the Papacy”. It was “magic”, and if missed once would never come back again.

It is fashionable nowadays to look snootily down one’s nose at university students and their supposedly pampered, frivolous lives. There is something deeply mean-spirited in that outlook. Shouldn’t we want our young people to have the sheer pleasure and freedom that Oakeshott described, especially if we were lucky enough to have been students once ourselves? Shouldn’t we consider it one of the most wonderful blessings of living in a developed economy to be able to spend three or four years of young adulthood simply in the exercise of exploring, and doesn’t it diminish the younger generation to demand that they leap into the “littleness of life” without even a brief pause for breath beforehand?

The third message sent – perhaps the worst of all – is that the thing to do in this world, when adversity strikes, is to hide. We already face what can fairly be called an epidemic of anxiety and other mental health disorders among the young. That problem will not go away if we continually transmit to teenagers and young adults the message that the world is dangerous and, since it is, you had best avoid it by living your life online. The truth, as we all know in our hearts of hearts, is that, yes, the world is dangerous, but that’s no reason not to live as full and rich a life as one can. We do our young a terrible disservice when we encourage in them a fear of normality. Yet this is precisely what we will be doing if we insist, once again, that it is simply too risky for a normal university education to take place.

It was perhaps excusable that nobody paused to consider all of this in the pell-mell sprint towards remote learning in the autumn of last year. It will be well remembered that there was simply a general sense of panic; universities were by no means alone in being swept along in the flood. This time around, there can be no excuse: enough is enough – we have to get university life back to normal.