The Creator of the 1.5C Climate Target has Admitted That the “Simple Number” Was Invented for the Benefit of Politicians 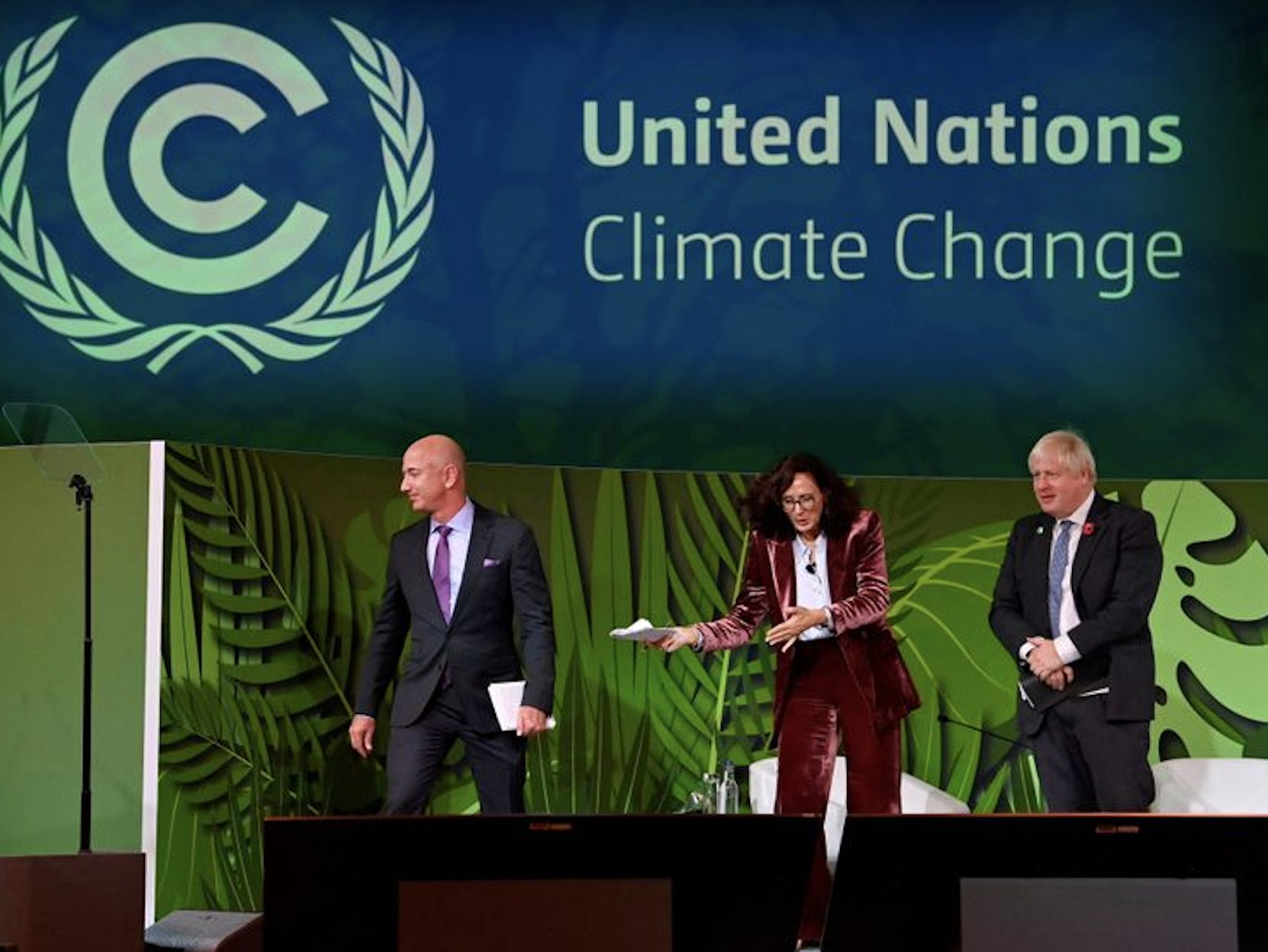 We’re publishing a guest post today by journalist Chris Morrison about the 1.5°C target, the climate change models and the way in which ambitious politicians, self-described ‘scientists’ and rent-seeking industrialists have leapt on the bandwagon to end all bandwagons.

Politics, not science, lies behind the drive to keep global temperatures to 1.5°C. Not the thoughts of your correspondent, but the clear implication of words spoken in 2010 by the so-called father of 2°C, an earlier IPCC target, Hans Joachim Schellnhuber. Interviewed by the Der Speigel, Mr Schellnhuber, the IPCC lead author and at the time Angela Merkel’s Climate Adviser, was asked why he had imposed the “magical limit” to which all countries must slavishly adhere. He said: “Politicians like to have clear targets and a simple number is easier to handle.”

Of course, the push to net zero and the ‘settled’ science that is claimed to support the move is political. It is in fact the great political debate of the age, which makes it surprising to see the head of the BBC Tim Davie attempt last week to promote the impartiality of the Corporation by suggesting that climate change is no longer a political issue. To which it might be tempting to reply that Mr Davie no longer fears the approaching climate fireball, because he has already relocated to another planet. Perhaps he hasn’t seen the BBC’s climate editor Justin Rowlett become increasingly agitated with Boris Johnson because the Prime Minister refused to commit to shut down all coal mining. Or read the one-sided output of Roger Harrabin, the BBC’s Energy and Environment Analyst, whom Charles Moore suggests would be happier in a pulpit.

Almost two weeks ago, Jon Snow fronted an hour long Channel 4 News shaking with emotion as he introduced stories featuring fire, flood and climate collapse of almost biblical proportion. Last week he attributed a large plant blocking the rail tracks on his way to Glasgow to climate change. His behaviour might call to mind George Orwell’s famous quote that some ideas are so stupid “that only intellectuals believe them”, but Mr Snow is actually at the cutting edge of new academic research trying to shift the political narrative from global warming to “extreme” weather.

In 2020 the IPCC lead author Professor Reto Knutti published a paper entitled “Climate change now detectable from any single day of weather on a global scale”. This of course is the Holy Grail of climate activism. The last two decades have seen little actual global warming despite higher levels of mostly naturally produced CO2 entering the atmosphere. According to satellite readings published last month, the global temperatures haven’t moved for seven years. In fact, the current high points in the record correspond to the peak of the brief warming in the 1980s and 1990s, suggesting temperatures haven’t really risen for almost 25 years. Perhaps because of this, the move to demonise bad weather, or “extreme” weather, continues apace.

“The fingerprint of climate change is detected from any single day in the observed global record since early 2012, and since 1999 on the basis of a year of data,” reports Professor Knutti. Possibly with Messrs Rowlatt, Harrabin and Snow in mind, the academic notes that this opens broader perspectives for “modifying the climate change narrative”. In his view “global climate change is now detected instantaneously”.

It might not surprise that Professor Knutti is a specialist in climate models and most of his interesting speculations derive from interpreting their results. Many activist academics argue that despite never having produced an accurate forecast in almost 40 years of operation, the models are still fit for purpose. Writing in the Spectator last week, the senior NASA climate adviser Gavin Schmidt said it was important to realise that most outcomes “depend on the overall trend and not the fine scale details of any given models”. Presumably, these mere details don’t now include a requirement to provide an accurate forecast, despite the fact that the world is being forced to net zero on the basis of the modellers’ guesses. Neither is it clear what “trend” Mr Schmidt is talking about. Certainly not the trend of static global temperatures, a trend not foreseen by any of the models.

Gigantic guesses of course lie at the heart of climate models. Nobody knows what effect doubling atmospheric CO2 has on the temperature of the Earth. The scientific answer is not so much settled as unknown, so modellers speculate on the actual sensitivity by picking a number up to 6°C. Ten years ago Professor Knutti addressed this problem, admitting: “The quest to determine climate sensitivity has now been going on for decades, with disturbingly little progress in narrowing the large uncertainty range.”

What a difference a decade can make in the modellers’ world. From admitting the fundamental flaw that lies at the heart of climate modelling to being able to show long term trends in the climate from just one day of weather. This is progress indeed, sure to gladden the hearts of all green journalists and politicians along with a vast modern army of self-identifying ‘scientists’ and rent-seeking industrialists.

Declaring climate change is no longer a political issue gives free rein to BBC activists such as Justin Rowlatt to promote their own views on suitable energy sources. But it comes at the expense of holding the Prime Minister to account for some of his increasingly outlandish environmental suggestions, in particular his interview statement that 70% of the world’s coral will be destroyed at 1.5°C warming. At 2°C, he added, all of it will be gone.

Given that the 1.5°C figure already includes the 1.1°C warming seen since the early 1800s, it is difficult to see how a small increase in air temperature will destroy most of the world’s coral. Surely Mr Johnson was not just making it up as he went along? It would have been worth Mr Rowlatt’s time to press the matter given that tropical coral grows happily in waters between 24°C and 32°C. The findings of Professor Peter Ridd, who has spent 40 years studying the Great Barrier Reef, suggest that coral bleaches with sudden temporary changes of temperature caused by natural weather oscillations such as El Nino. The Reef is likely to stay intact since most of the coral is located in water at the lower range of these supposedly dangerous temperatures.

You can dispute Professor Ridd’s findings but you cannot just write them out of the dialogue as the BBC and all mainstream broadcasters are now doing. Everything about climate, the science and promoted solutions is political.

Few climate scientists are more political than Hans Joachim Schellnhuber. In his 2010 Der Spiegel interview, he concluded that to meet green challenges “we’ll need innovative refinement of our democratic institutions”. He went on to “imagine” giving 10% of all Parliamentary seats “to ombudsmen who represent only the interests of future generations”.

As always in green politics, enormous strides have been made over the last decade. Two years ago the first director of Prince Charles’s Rainforests Trust Angus Forbes wrote a book calling for a Global Planet Authority to have complete control over the biosphere. Once members are appointed by a global franchise that includes children over 12, it would be answerable to nobody. Mr. Forbes, who is married to the former Strictly Come Dancing judge Dame Darcey Bussell, suggests placing 40% of global land in parks, maintained as “ultra light zones” incurring “almost zero human pressure”. One of the first areas he suggests could become a national park is the entire island of Madagascar.

Watch: Dr Clare Craig on GB News on Why Mandatory Vaccination of NHS Staff is Wrong