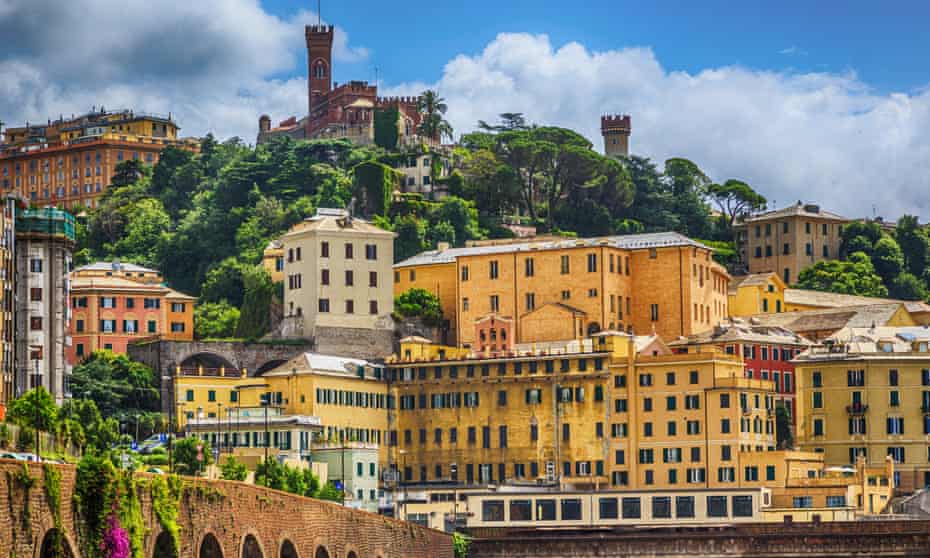 If anyone who is unvaccinated is considering visiting Italy soon, I would strongly advise against it. Britain seems very civilised in comparison, despite having a run in with a BA official who questioned me about my lack of a mask on leaving the first class lounge in Heathrow, seemingly unaware that we were still on British soil. But, as reported in a Postcard from Istanbul, once the curtain was drawn behind us in BA Club Class, the masks were off and not donned again until arrival in Milan. From Milan I took the train to Genoa to work at the University of Genoa, where I teach regularly, for a week. It is worth noting that I completed the European Passenger Location Form using details from my British passport but, to avoid the queue at the border, I used my Irish passport to enter Italy. I expected to be questioned about the lack of congruence between this passport and the one used to complete the online form which, I assumed, would have to match at immigration. I was through like the proverbial dose of pesto thus indicating, beyond reasonable doubt, that the completion and submission of passenger location forms is a complete waste of time.

You may enter Italy unvaccinated after the requisite Covid tests and then a period of quarantine. But, thereafter, freedom does not beckon as, wherever you step out of quarantine, you will remain… indefinitely. No form of public transport such as trains, buses and internal flights is permitted without displaying a euphemistically named ‘Green Pass’ (Italy’s vaccine passport). If anyone from the U.K. wants to see what the introduction of vaccine passports will be like, then Italy is already there. Mask wearing is strongly enforced on public transport with repeated ‘mascherina’ messages over the PA system.

Social distancing is requested too but the one exception was taxis where, ironically, you can be squeezed into very close proximity with your fellow passengers without the benefit of any social distancing. The situation is exacerbated by the fact that passengers are not allowed to travel in the front of the taxi beside the driver, so it was common for three people to be arse cheek by jowl in the back. On one journey I was asked to mask up in a taxi that had no functioning seat belt.

The Creator of the 1.5C Climate Target has Admitted That the “Simple Number” Was Invented for the Benefit of Politicians