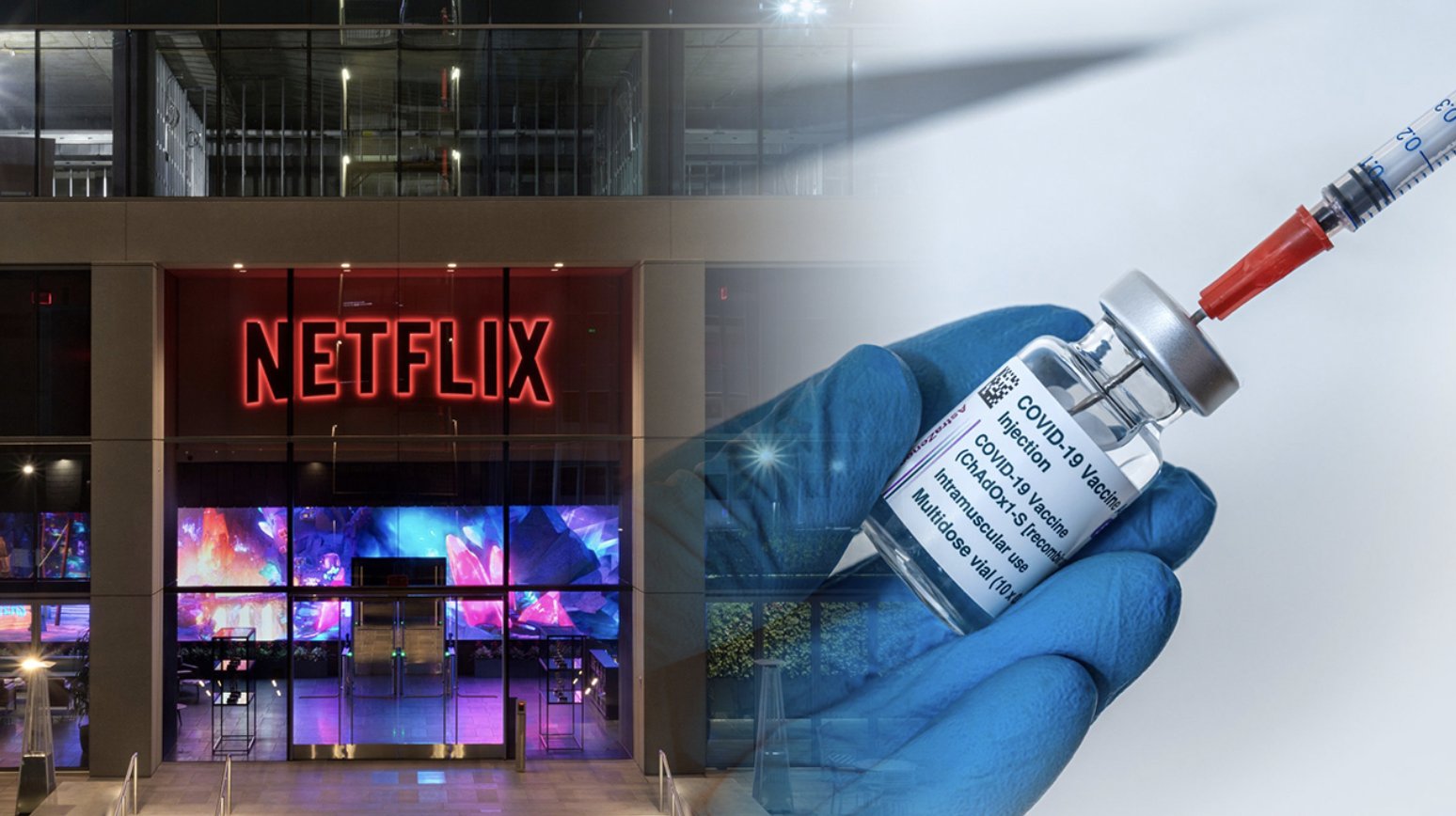 Netflix has become the first major U.S. film studio to announce that key cast and crew will have to show proof of Covid vaccination on TV and film productions.

Far from hitting back against this ruling, actor Sean Penn – who is likely not alone in his belief – says all staff at the organisation, not just those who are deemed ‘key’, should be forced to get the vaccine. He is refusing to work on his new show Gaslit until all those who would be around him have been jabbed. BBC News has more.

According to reports, the U.S. streaming company will require that ‘Zone A’ personnel – actors and crew in close contact with them – must get the jab.

Other firms such as Google have said workers must get vaccinated before returning to the office.

The policy will begin at its U.S. campuses and then be rolled out globally for its 144,000 employees.

Netflix has implemented the move after new standards were recently agreed between Hollywood unions and studios that would allow companies to implement mandatory vaccination policies for key cast members and crew.

However, the actor Sean Penn wants the policy extended for all members of production, not just those classed as ‘Zone A’. …

Netflix is making the move after the U.S. Disease Control and Prevention announced earlier this week that masks will once again have to be worn indoors even by people who have been fully vaccinated.

As the BBC News report points out, Netflix is not the only company to demand proof of vaccination from its workers.

In June, Harry Potter publisher Bloomsbury said staff must have vaccinations ahead of their return to the workplace.

“The simple fact is that this virus is still extremely dangerous,” it said.

In the U.S., JP Morgan said in June that it would instruct staff to log their vaccination status on an internal web portal, with fully-jabbed employees being allowed to discard face masks at work.

Goldman Sachs bankers also have to disclose how many jabs they have had before returning to the office.