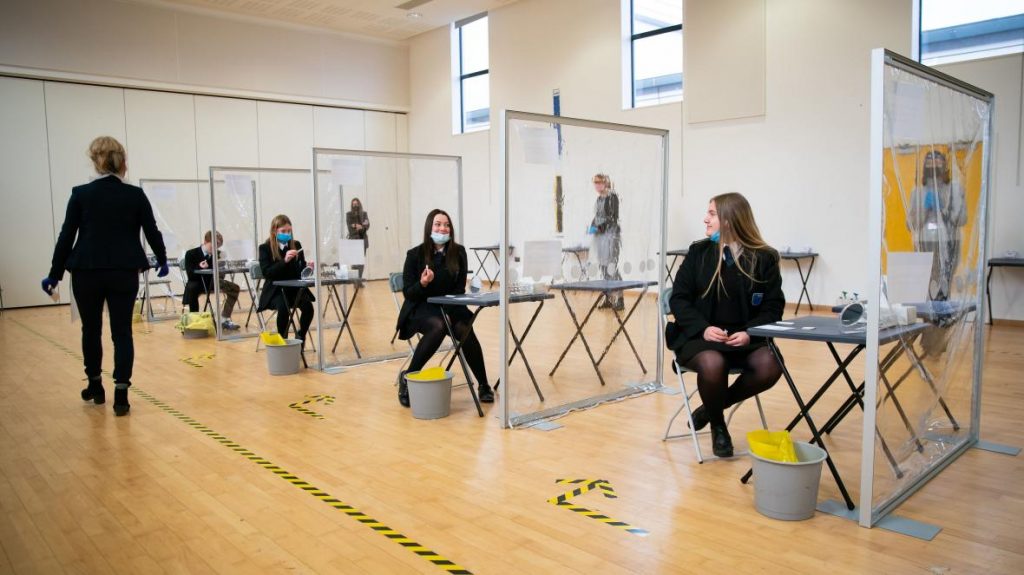 Lateral flow tests (LFTs) are too inaccurate to be used in mass screening in schools and workplaces, a major review led by Jon Deeks, Professor of Biostatistics at the University of Birmingham, has concluded. The Telegraph has the details.

A Cochrane review of 64 studies found that asymptomatic testing only picked up around 50% of cases, and picked up far more false than real positives when infection rates were low in the community.

False results from lateral flow Covid tests may mean workplaces and schools will be needlessly forced to close even though the scheme was set up to keep them open, experts cautioned.

The group concluded that mass testing policies had been implemented “without any supporting real-world evidence”.

Jon Deeks, the review author and a Professor of Biostatistics at the University of Birmingham, said it was “shocking” that the Government had allowed the rollout of such a “large, invasive and expensive” testing programme without the data to back it up.

“One of the issues which should have been picked up is these tests work a lot less well in people who are asymptomatic, and the Government has not been clear about that,” he said.

“It is being used in ways which actually risk people getting false reassurance when they miss cases, and getting false positives, and that has been a big problem in schools. There are instances when whole classes have been sent home – effectively, 100 people put into isolation.”

Prof Deeks added: “So I think there are big problems in the way that we’re using this. And when prevalence drops you get more false positives and fewer true positives, that’s a mathematical certainty, and there is a point where you should stop. We may already be at that point.

“When is it that we are actually going to be doing more harm than good? These testing policies have been implemented without any supporting real-world evidence.”

The review calculates that at current virus prevalence rates of 0.5%, around 72% of positives would be false.

In terms of not missing infections, the review found the tests correctly identified only 58% of those who were infected but had no symptoms, and missed 42%. It did not acknowledge, though, that where these asymptomatic infections are identified by PCR tests (as most of them are), the PCR positives are likely to be false or cold positives themselves.

The researchers suggested the tests would be better used for symptomatic people, and that any positives should also be re-tested with a PCR test to reduce the chance of false positives (though they didn’t note that PCR tests are more sensitive than LFTs so are more not less likely to pick up cold positives).

Rapid tests are effective at detecting Covid in people that are highly infectious, both with and without symptoms. Every day, rapid testing is helping us find cases of COVID-19 that we wouldn’t otherwise know about, breaking chains of transmission and potentially saving lives.

Mass screening of asymptomatic people to try to pick up invisible, isolated infections is an exercise fraught with pitfalls, as experts have been warning for months and Professor Deeks’ review now confirms. The Government needs to heed the lessons of this review and abandon its costly and invasive effort to make reopening society dependent on constant testing for a disease almost no one has. Ministers need to plot a much clearer and swifter path back to normal – a normal which doesn’t involve testing week in, week out for a disease for which you have no symptoms.