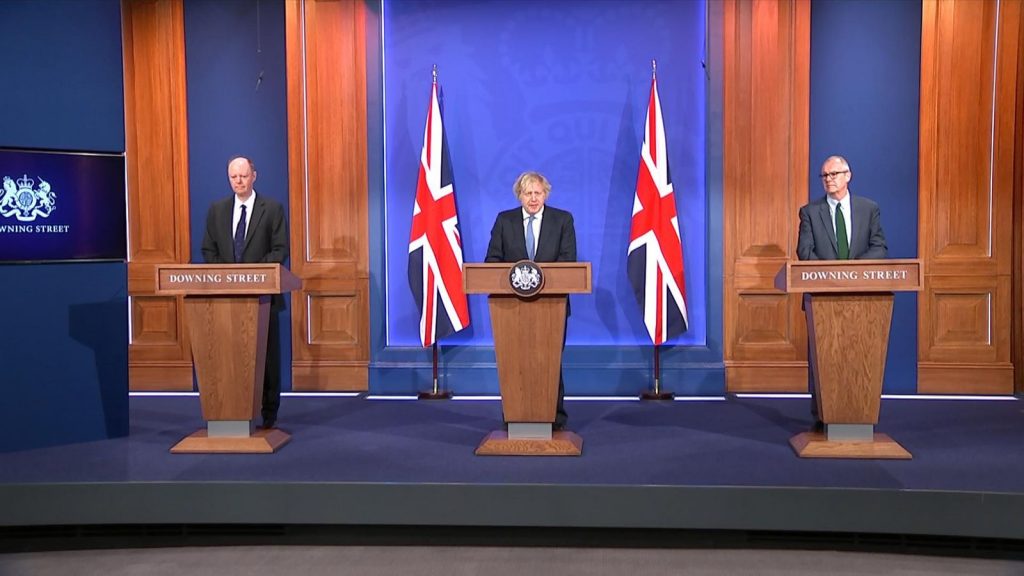 What justifies a lockdown? That’s the question which, 16 months after the policy was introduced into Western democracies as a draconian tool of disease management, we still don’t have a clear answer to. First sold to the public as a way of mitigating peak health service demand during the initial pandemic wave (and thus supposedly saving lives by ensuring more people could get treated – ignore the irony that the overuse of ventilators during those first few weeks likely increased the mortality rate), the justification has evolved over time. In November it was a “circuit breaker” to save Christmas, though Christmas was not saved. In January it was to buy time to allow the most vulnerable to receive at least their first vaccine dose, though it turned out that was not enough to restore our freedoms.

Yesterday the Prime Minister and his scientific flunkies Chris Witless and Patrick Unbalanced unveiled the Government’s latest excuse to keep the restrictions going. “The objective of this short delay,” said the Prime Minister, “is to use these crucial weeks to save thousands of lives, of lives that would otherwise be lost… by vaccinating millions more people as fast as we can.”

Sir Patrick elaborated on three benefits to the delay:

What none of the three explained was why these benefits justified four more weeks of restrictions, which hospitality leaders have said will mean a £3 billion loss to the industry during what should be one of its busiest trading periods.

The vaccines are “not 100% effective”, Vallance said, as though anyone had ever suggested they were, “and therefore avoiding a very large peak is very important. Realistically, if we ever got a very large wave, there would be a very large number of people in hospital”.

But would there? If the vaccines are as good as they are reported to be at reducing serious illness – Vallance described them yesterday as “spectacularly more effective than we ever could have hoped for” – then even if there are lots of cases in the young, why should hospitals get overrun?

Vallance explained that it was only because of the vaccines that they weren’t already looking at new lockdown measures: “If we didn’t have the vaccinations we’ve got, we would be looking at what lockdowns would be needed.” This is despite him also acknowledging that: “This is a virus that’s going to be with us forever.” Together these statements imply that lockdowns, too, are going to be with us forever, hanging over us, threatened whenever over-zealous public health advisers can persuade a risk-averse Prime Minister that the latest variant or virus is going to, well, what? As I say, that’s the question that still hasn’t been answered.

The latest restrictions are intended to “reduce the peak by 30-50%”, Vallance said. But will it be a big peak or a small peak? “Thousands of lives” will be saved, said the Prime Minister. But how many thousands? After all, thousands of lives are lost in the U.K. to contagious diseases every year – mostly though not exclusively among the very frail and otherwise unwell. If restrictions on social interaction are justified merely to save “thousands of lives”, why not impose them every winter? Or keep them in place permanently to prevent people getting too close and spreading their germs? That’s the logic of this mad, totalitarian approach to disease control (even if we allow, for the sake of argument, that lockdowns are effective at controlling COVID-19, a theory for which there is no real-world evidence).

“Four More Weeks to, Er…” – The Weakest Excuse for a Lockdown YetRead More