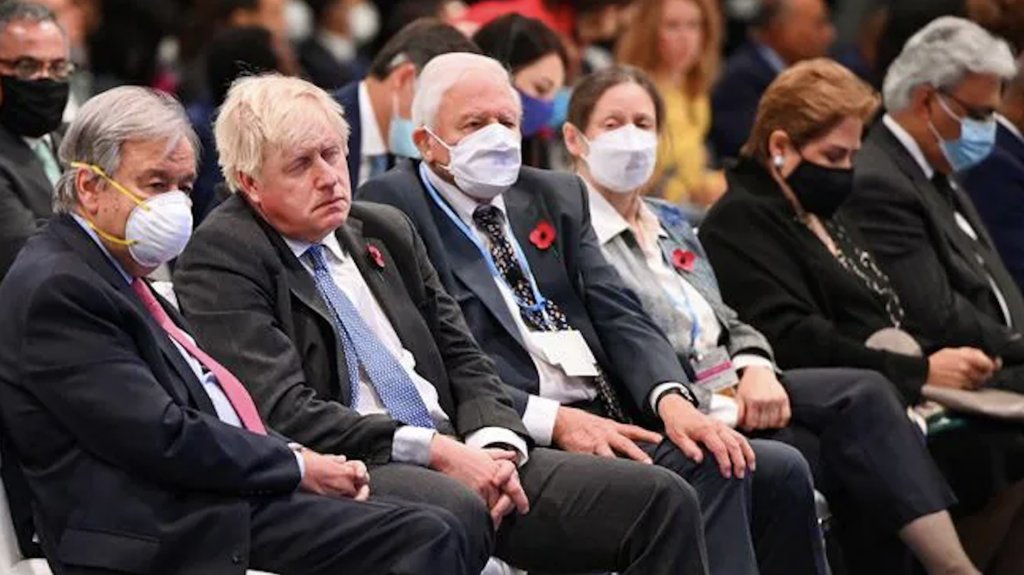 Raghib Ali, a clinical epidemiologist at the University of Cambridge and a consultant in acute medicine at the Oxford university hospitals NHS trust, has a piece in the Guardian, of all places, arguing that Boris’s decision to end Coronavirus restrictions in England has been validated.

The first Omicron (BA.1) wave, beginning in December, showed us that it was possible to get over a peak without a lockdown. The second (BA.2) wave from March to April was the first time a wave peaked in England without any government-mandated restrictions, as all legal mandates ended on February 24th.

And because England chose a different path on restrictions to the other home nations (and other western European countries) during the Omicron waves, this provides a very good “natural experiment” to assess how much difference the varying levels of restrictions made. International comparisons do have limitations, but in the absence of better evidence to judge the effectiveness of Covid restrictions, such natural experiments provide a useful guide, especially in comparing the UK home nations, which have similar populations, age structures, climate/seasons, healthcare systems and population-level immunity to Covid.

I should stress that given the uncertainty of the evidence at the time, it was perfectly reasonable for the home nations to choose different paths – and the extra restrictions outside England had widespread public support. But what will perhaps be surprising to many is that England has actually had a similar rate of infection and a lower rate of Covid deaths during the Omicron wave – and since July 19th 2021, England’s “freedom day” – than Scotland, Wales and Northern Ireland, despite having far fewer mandatory restrictions, and none after February 24th. This “natural experiment” shows that having more mandates did not lead to better outcomes.

There was also no significant difference in overall excess mortality across the home nations to the end of 2021. And England’s is now likely to be lower as – somewhat remarkably, given the Omicron wave – excess mortality is negative in England for 2022 so far, with the lowest age-standardised mortality rates (the best comparator to previous years, as it takes population ageing into account) since the series began in 2001. 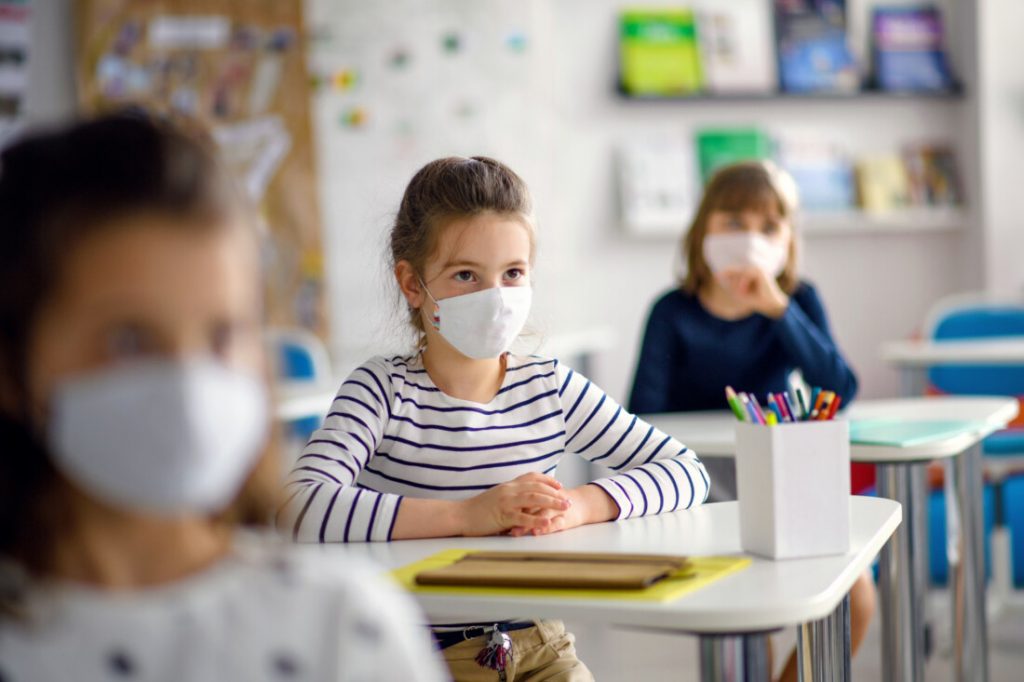 We’re publishing a piece today by Hugh McCarthy, a retired Headteacher in Northern Ireland who until recently served as a Director on two of the province’s main education councils and who remains a ministerial appointment on one. He says the evidence on the masking of children in the classroom – which remains a school-enforced requirement in Northern Ireland, acting on ‘guidance’ from the Government – is clear: it is harmful and ineffective and should be stopped immediately and never reintroduced. Here’s an excerpt.

What does the science say?

A widely known experiment called the ‘still face experiment’ reveals that children become emotionally distressed when they are unable to see and reciprocate facial expressions. According to these findings, having children spend time around people whose facial expressions are masked could have potentially disastrous consequences for their social and emotional development.

Dr. Raj Persaudi, a Consultant Psychiatrist, explains that the brain fills in the gaps in what we know about others and so the brain speculates on what the mask is hiding. He says: “In a pandemic the face mask looks like it might be concealing a dangerous infection. Filling in the gaps in what you know about others but doing so under background conditions where the brain projects threat onto the outside world, is now linked to serious mental illness.”

The message projected by masks is clear: You are a danger to me, and I am a danger to everyone.

What does this mean for the primary purposes of school?

Education requires an atmosphere conducive to learning. Learning cannot take place in an atmosphere of fear and anxiety, or where the child is unable to learn due to oxygen deprivation.

Teaching and learning require unimpeded visual and oral communication. Good teaching involves a variety of strategies, which take into account the different learning styles of pupils. It involves interactivity, group work, teamwork, discussion and detailed complex explanations. Imagine a question-and-answer session, a drama lesson, a language lesson, a poetry reading, a role-play session, or a singing lesson with masks.

Do we not value choirs, clubs, drama productions or sport? These all play an important part in children’s education and development. The development of leadership, teamwork and negotiation skills are enhanced through children’s participation.  The insight gained by watching children participate in a range of activities enables teachers to recognise and value attributes such as commitment, leadership, and reliability. Important engagements with outside agents such as authors, sports coaches, careers officers, counsellors, translators, actors and artists are also inhibited by the wearing of masks. 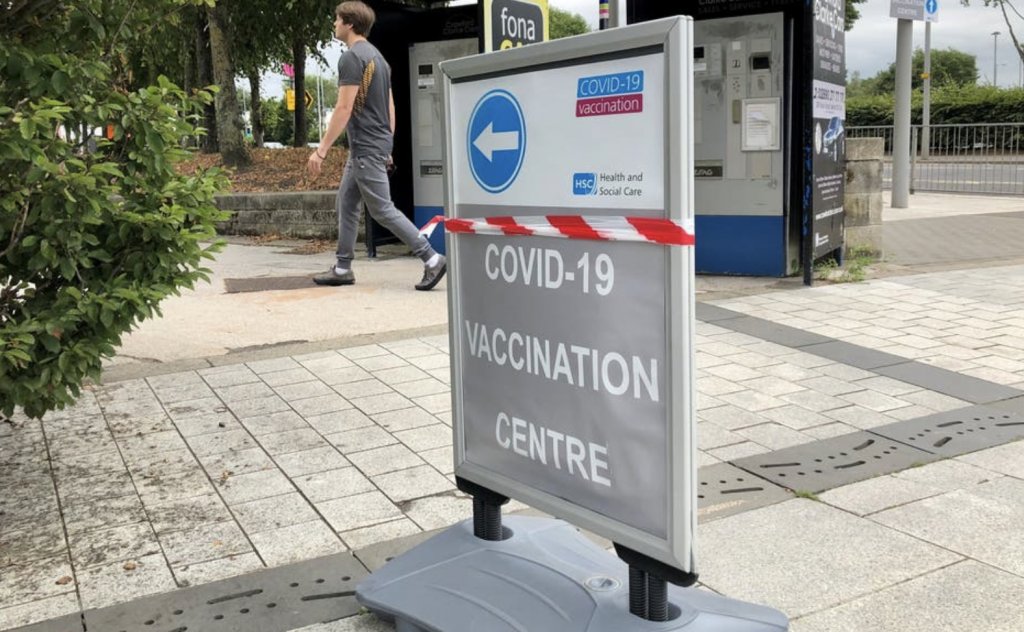 Just two days after England’s Deputy Chief Medical Officer said all 16 and 17 year-olds will start being invited to get vaccinated against Covid “in a very short number of weeks”, Northern Ireland has become the first U.K. nation to extend its vaccine roll-out to healthy children. BBC News has the story.

The move follows a recommendation by the Joint Committee on Vaccination and Immunisation.

More than 180 vaccinations were administered to 16 and 17 year-olds at the SSE arena in Belfast on Friday morning.

Confirming the number, Lead Nurse at the regional vaccination centre Pauline Wilson said there was a sense of excitement among young people in line for their jab.

“The general feedback is that they’re pleased to be here and they’re looking forward to things opening up again,” she said.

“It’s their turn and they are keen to get their vaccinations.” …

Regional vaccination centres in Northern Ireland are providing a walk-in service for first doses of Pfizer vaccines for those aged 16 and 17.

For those who prefer to book, an online booking platform will be available in the coming days.

The first vaccination will also be available at pop-up walk-in clinics across Northern Ireland.

Stop Press: Young people are “excited” to get ‘jabbed’, according to the Evening Standard.

Elliot Aston, from Newtownards, Co Down, said he was “quite excited” to have received his first jab.

“It’s good that they’re finally offering it to us because we are probably the ones that are out and about the most so I think it’s about time,” he said.

“I have an introduction day back to school coming up so I’ll definitely feel safer now around my friends.

“Some of my friends were here today getting it too.” …

Georgia Johnston, from Carrickfergus, admitted she had worries about getting the vaccine, but after some thought decided she would.

“I was completely against it but decided I have to get it so I came up and got it,” she said.

“My mum persuaded me, she got her vaccine.” 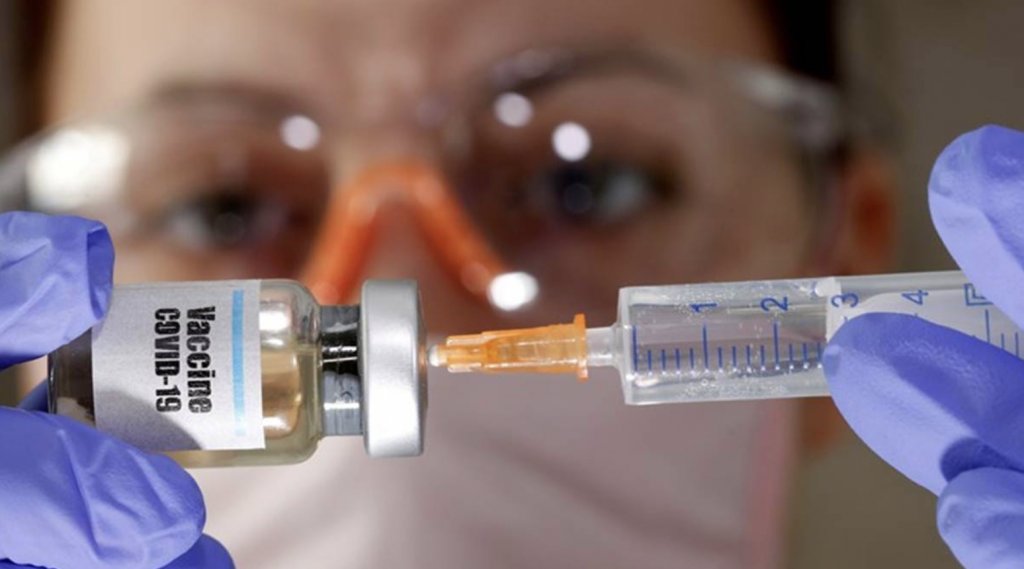 Northern Ireland has become the first part of the U.K. to offer appointments for Covid vaccines to its entire adult population. People aged 18-39 will have the option to receive the AstraZeneca vaccine, despite its potential links to blood clotting (particularly in younger people) and, now, strokes. The Joint Committee on Vaccination and Immunisation said earlier this month that Brits below the age of 40 should only be offered alternatives to this vaccine “where possible“. BBC News has more.

More than one million people in Northern Ireland have received a first dose of a Covid vaccine.

The Department of Health said vaccine supplies had become limited and 20,000 slots would be available each week.

The limit is to help manage the availability of the Pfizer vaccine after regulators said under 40s should be given an alternative to the AstraZeneca vaccine, the department said.

However, it said anyone aged between 18 and 39 years old could still choose to have AstraZeneca jab…

Walk-in vaccination centres are open to over-18s in some parts of Wales, while in Scotland 18-to-29 year-olds can register for a text or email when they become eligible for an appointment.

Chief Medical Officer Dr Michael McBride said Northern Ireland was “dealing with the emergence of new variants” and that everyone had “a part to play in keeping each other safe”.

He said: “I know that many young people will be very keen to book their jab now that they’re eligible for vaccination.

“It’s important to understand that while the risk of severe disease is lower in young people, some may become very ill and, of course, they can pass on the virus to others who may be more vulnerable.”

He urged everyone aged 18 and over to book a slot for vaccination, including those in older age-groups who have yet had a jab. 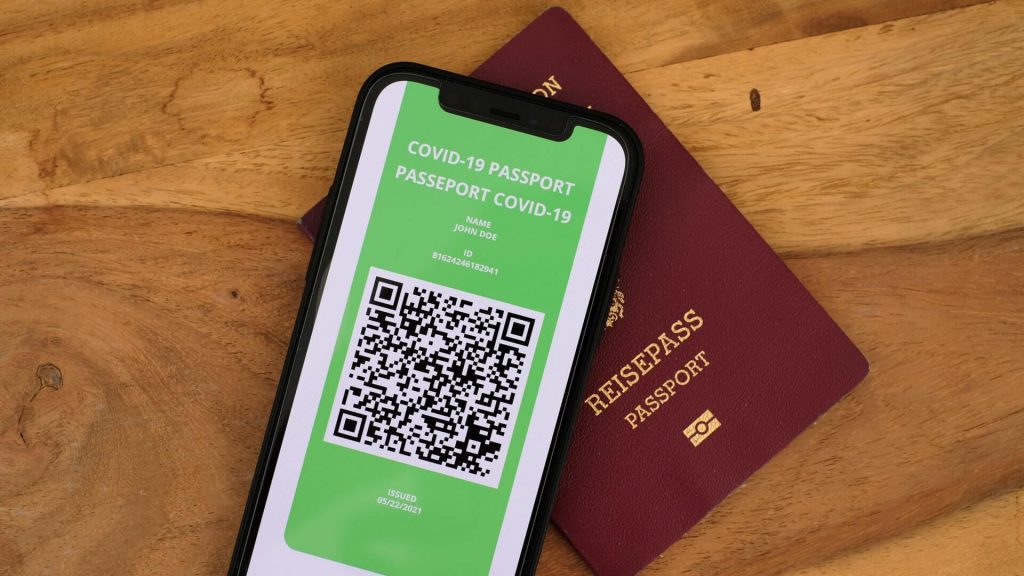 Today, the European Parliament will vote on the introduction of vaccine passports within the EU, known as Digital Green Certificates. Ciarán McCollum, a barrister and linguist from Northern Ireland who advises on matters of European law, has written a piece for Lockdown Sceptics expressing his concern that this scheme will destroy the fragile peace in Northern Ireland. Here’s an extract:

The proposed regulation will cost Europe dearly. There are the financial implications of a universal border control regime which involves the constant handling of that most sensitive of data types: medical records. There is the loss of ideals intrinsic to European democracy. But more pertinently for me, there is the situation in Northern Ireland.

The Explanatory Memorandum calls freedom of movement one of the EU’s “most cherished achievements” and a “driver of its economy”. It is also a driver of peace in my home. The Northern Irish remain citizens of Europe without the Union, and will not accept being checked upon entry into what about a million of them consider their home: the neighbouring Member State of Ireland. The prospect of violence is terrible.

Despite these risks and contrary to the recently introduced Better Regulation Rules, the DGC controls are being rushed through with nary a cost-benefit analysis, impact assessment or public consultation and with limited parliamentary debate. Why? Well, in the words of the Head of the Commision’s Covid Taskforce, Thierry Breton, when speaking to RTL in March, so that Europeans can once again “enter a public place” and “live without being a risk to each other”. Could Mr Breton really mean to suggest that there ever was, or ever can be, life without risk? Has the Parisian gentleman, when crossing his home city by car for example, ever encountered the 4-lane 12-exit roundabout at the Arc de Triomphe?