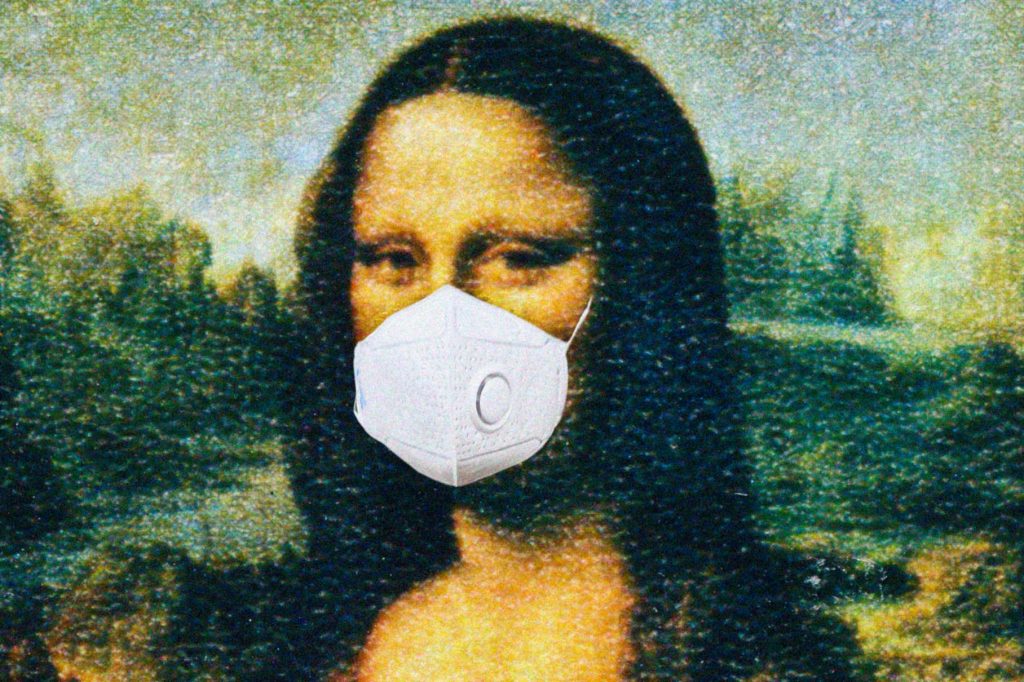 A new survey has highlighted the damaging impact of lockdowns on museums and art galleries across the world, with visitor numbers at the top 100 institutions plunging by 77% last year. The annual survey conducted by the Art Newspaper usually gives praise to the year’s most popular exhibitions, but its latest report makes for more sombre reading.

In an ordinary year, more than nine million visitors jostle for position in front of the Mona Lisa or Delacroix’s Liberty Leading the People at the Musée du Louvre in Paris, and half a million fashion-forward members of the public turn out for the spring opening of the Costume Institute’s annual exhibition at the Metropolitan Museum of Art in New York. But there was nothing ordinary about 2020 and the widespread devastation caused by the global Covid pandemic. Our annual survey reveals that last year overall attendance of the world’s 100 most-visited art museums dropped by a staggering 77% in 2020 – from 230 million in 2019 to just 54 million as museums worldwide were forced to close. …

Of the museums we polled, more than 280 provided the number of days they closed last year because of the health crisis. On average, museums were shut for an extra 145 days, which adds up to a staggering 41,000 days in total – more than a century’s worth of museum visits missed last year. …

European cities saw a steep decline in international tourism last year, especially during the lucrative summer months. Paris received just 5% of its usual number of tourists last summer, according to a report by the UN’s World Tourism Organization. The French capital’s three major art museums – the Louvre, Centre Pompidou and Musée d’Orsay – saw a 73% drop in attendance overall, down to 4.5 million from 16.5 million in 2019. Around 2.7 million visited the Louvre, which, despite a 72% dip, is the most-visited museum in our survey. This admirable figure was helped by its once-in-a-lifetime Leonardo exhibition, which closed in February. It drew more than 10,000 visitors a day, making it the museum’s most-visited show ever. Despite this, the Louvre reported losses of around €90 million in 2020. The Fondation Louis Vuitton was closed for a whopping 226 days and had just 253,000 visitors, down from 800,000 in 2019.

The past year has been no better for British museums and galleries.

On average, UK museums saw a 77% drop in attendance, and were closed on average for more than half of 2020. When institutions eventually reopened, all major museums had restrictions on visitor numbers. Although they varied, most museums were typically only able to operate at around 20% to 30% of normal capacity.

The steep decline in footfall contributed to huge financial losses. The self-generated income of the Tate’s four museums fell from £94 million in the 2019/20 financial year to an estimated £38 million for 2020/21, a 60% drop. Similarly, the Victoria and Albert Museum saw a 63% loss of income, with its self-generated funds falling from £64 million to £24 million. The BM would not supply its raw figures, but a spokesperson says that income generated by visitors has plummeted by more 90% of the budgeted sum. The National Gallery emerged relatively unscathed, losing only £14 million, according to a museum spokesperson. It is important to note that, as well as reflecting loss of income through attendance (tickets sales, retail, etc.), these figures also include donations, which can be generated without getting people through the door. Most fortunate was the National Portrait Gallery, which had already planned to close for major building works in June but brought this forward by three months because of the pandemic.

The cultural and educational loss caused by these closures will have been – and, indeed, continues to be – immense.