Why We Need to Win the Culture War 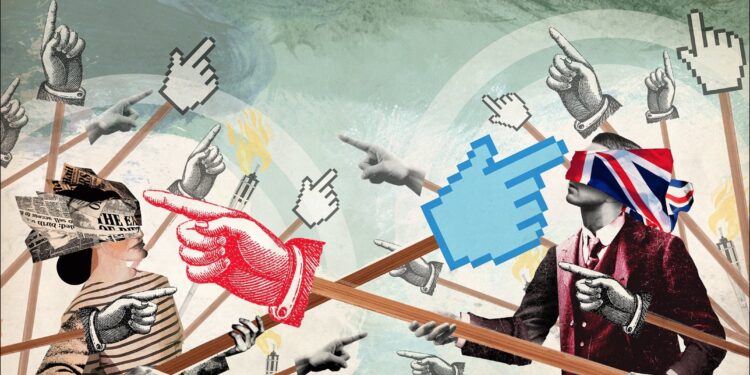 Frank Furedi has written a very interesting piece for Spiked about the necessity of winning the culture war.

It is particularly welcome for those of us who spend our lives shouting about this stuff, while politicians call it a ‘divisive’ distraction, and the average person, more understandably, just wants to ignore it all.

Too many commentators still fail to take the culture war seriously. Some tell us that, compared with issues like the cost-of-living crisis, climate change or the war in Ukraine, the culture war is peripheral. Others say the culture war is imagined, an artificial attempt to distract us from the problems that matter. As one commentator in the Guardian argued last year: “Something is dishonest about these battles.”

For decades, we were told that politics was a contest between Left and Right over questions of economics. Many imagine that it is only a matter of time before this ‘real’ politics returns. “People on their way to food banks don’t care about identity politics,” the refrain often goes.

One such writer is Henry Mance of the Financial Times, who last year asked, “Is Britain tiring of the culture war?” “Perhaps identity politics felt contrived compared with the cost-of-living squeeze,” he wrote. “Economic identities have come to the fore again.”

Mance could hardly be more wrong. Because judging by recent developments in the West, it is clear that people’s undoubted concerns about economic conditions do not in any way diminish the impact of the culture war on society.

Furedi later points out that, although many have been slow to acknowledge the importance of the culture war, at least now the contest is becoming less one-sided:

When elites lament the culture war they are really just lamenting that the culture war is no longer a one-sided affair. Until recently, the counter-cultural movement that emerged in higher education in the 1960s was rarely confronted effectively by its opponents. The phenomenon now known as ‘woke’ has succeeded in gaining hegemony over mainstream culture and education, and even over the running of the corporate world. Meanwhile, conservative adversaries of these anti-Western culture warriors proved singularly inept at upholding their own norms and values. Indeed, during the past 50 years they lost just about every important battle.

However, in recent times, the culture war has become less of a one-sided affair. The dire consequences of transgender ideology, toxic racial identitarianism, the decolonisation movement and cancel culture are all becoming increasingly clear. More and more people, not just conservatives, are realising that they can no longer ignore the threat these pose to their way of life.

For me, Furedi is right on the money here. I’m not totally certain we would remain on the same side if we finally do win this culture war, since many at Spiked still call themselves Marxists (while I identify as a reactionary satirist). But I hope I get the chance to find out.

Stop Press: As if to ram the point home, Malcolm Clark has a piece in Spiked in which he reports that the BBC has succumbed to trans activism.