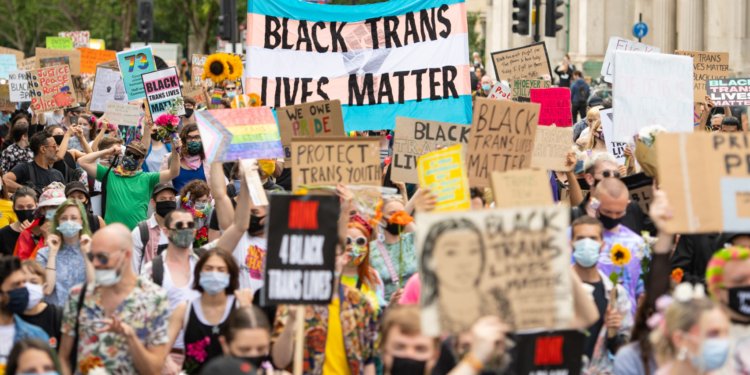 At the Oxford Union a few months ago, Toby – who as well as being Editor-in-Chief of the Daily Sceptic is General Secretary of the Free Speech Union – delivered an impressive speech in favour of the motion “This House Believes Woke Culture Has Gone Too Far”. It was uploaded to YouTube about a week ago.

Several times in his speech Toby expressed the view that it is not the ends of woke culture that are objectionable, but rather the means used to try to attain those ends.

Toby is not alone in his view. Far from it. In the last three or four years I have lost count of the number of times my heart has sunk when, usually early on in an otherwise excellent article or podcast, someone criticising wokeness says the woke “have good intentions”, their behaviour is “well-intentioned”, or “they mean well”. In other words, their heart is in the right place, and their goal is a noble one. It is only their chosen route to that goal which is a problem.

I think people who believe this about the woke have misjudged the situation in several ways. And in the battle against the often pernicious effects of wokeness, this matters. Such praise is unjust and hands the woke a free gift they simply do not deserve.

One of the main problems with thinking the woke have honourable intentions and laudable goals is not that they really have malicious intentions and wish to cause misery – though there is a pretty good case to be made for that view, which I’ll return to below. Nor is it that the woke’s relentlessly sanctimonious attitude and their uncompromising and often brutal behaviour greatly outweigh any supposedly good intentions, to the extent that they aren’t worth mentioning. The problem is more fundamental than that.

It is clear from what the woke say and do that they are in the grip of a powerful ideology. They are therefore not truly free agents calmly and voluntarily making a series of rational decisions which they believe are in the interests of all, or even in the interests of some. Quite the opposite. They are effectively slaves to the ideology, and are ultimately acting in their own interests, to meet the demands made of them by the grand meta-narrative that has possessed them.

We might even have begun to pity the woke for their state of mental bondage if it wasn’t for the fact that their views are so damaging – and that we know their worldview brings them a satisfying sense of meaning and virtuousness. But because they are not entirely free in their choices and actions, praising their intentions and their goals, however briefly and in passing it is done, is misguided. It is like praising rabbits for breeding, or a dog for chasing a ball.

I feel I may be more justified than some in making this case, because – if you will pardon the expression – I have lived experience of what I‘m talking about. I was once a true believer; a youthful, headstrong disciple of Marx, who – having seen the light – wandered the streets of a northern town feeling superior and misunderstood. This was some time ago, when the far Left was primarily concerned with class inequalities rather than the woke obsession with race and gender. I eventually liberated myself from the ideology and subsequently lived an almost normal life, as if nothing untoward had taken place. The point is, it taught me that during that time I was not my own man and should not have been praised for wanting to save the world.

There is another reason why we should not, in any way, commend the woke: their actual goals, as they exist in reality, are not commendable. What they say they seek – equality, justice, and as Toby said at the Oxford Union, “to reduce prejudice and discrimination and improve outcomes for historically disadvantaged groups” – are not really ends at all. They are, in the main, only vague generalisations and abstractions, and indeed ones which reflect the ideology by which the woke have been captured. What the woke need to be judged on, and praised for if justified, are their ends as they are in practice, on what they aim for and increasingly achieve on the ground.

So let’s judge them. Let’s see how things are going with wokeness, when it comes to actual ends, not some likely unachievable utopian ideals.

Is it good, for example, that in Scotland, 16 year-olds may soon be able to self-declare their gender? Is it good that, under the same legislation, the dignity and sex-based rights of women, fought-for for so long, are being attacked? Ends like these, which are claimed to provide equality for trans people, knowingly disregard the rights and interests of so many others. Were the woke ever going to achieve what they think is trans equality in a different and more reasonable way? It’s doubtful. So it is probably fair to say that they are driven as much by malice towards some, as by anything else.

Is it good that white people, whatever they say or do, are deemed by the woke to be inherently racist? Or that black and ethnic minorities are constantly encouraged to believe everything is stacked against them? Most importantly, would any of that change if equality of outcome was achieved? Again, it’s doubtful. I’m struggling to see how the aims of the woke are good, even for those whose interests the woke claim to represent.

And should we automatically assume that, even if it was possible, aiming for a 50-50 gender balance in all types of employment would not have potentially negative effects elsewhere, such as for family life, for the quality of children’s upbringing and their wellbeing, and for the companies and organisations themselves prioritising quotas over competence?

And should we be happy that, in the most tolerant civilisation that has ever existed, buildings, police cars, firework displays, zebra crossings and sometimes even trains, are subjected to the rainbow treatment, as though bigotry is rife? You can argue that this is a means not an end. But it feels very much like such things have often become ends in themselves, rather than another step towards equality. The separation between woke means and ends isn’t so clear cut.

And then, of course, there are questions about whether equality as an end is a good, when there are strong arguments suggesting hierarchies, whether you like them or not, and despite their downsides, have always been the natural and most beneficial way for a society to be structured.

And it could even be that the more frustrated the woke become in not achieving their abstract and supposedly noble ends, the more vicious and deranged the means will become. Best not to agree with the woke that those ends are good.

Of course, few if any of the things I cite above, whether means or ends, are good, and everyone but the woke know it. I am simply asking those who I feel are sometimes too generous to the woke, to bear them in mind and re-examine their belief that “the moral impulse underpinning this movement is laudable”, as Toby put it.