Andrew Bridgen Is the New Andrew Tate (According to the Guardian) 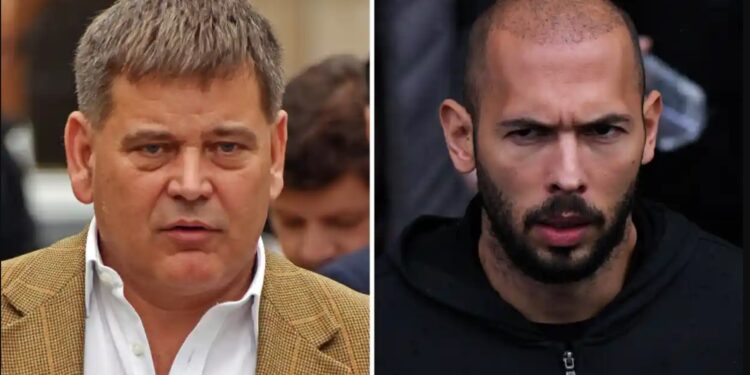 The establishment meltdown about Andrew Bridgen has given the Guardian the green light to post a bizarre piece, even by its own standards, comparing him to Andrew Tate.

It cites Bridgen’s unfortunate tweet as justification for beefing up the Online Safety Bill, and somehow ends up circling it all back to the “Top G”.

I mean, I suppose they are both called Andrew.

The Conservative party can’t physically stop Bridgen saying whatever he likes, but it can remove the authority that comes from saying it as a Conservative MP: it can, in effect, remove the soapbox beneath his feet.

What makes the timing of this arguably overdue decision – and Bridgen’s insistence in a defiant YouTube statement on Thursday that it threatens his right to free speech – so awkward is that it comes just as the return of the Government’s watered-down online safety bill next Tuesday threatens to reopen a ferocious broader row within the party over freedom of speech on social media.

The question of how many stupid, malicious or downright dangerous things a person can broadcast to millions before a liberal democracy intervenes has become too big for politicians to ignore. This week alone, Seattle’s public schools district launched a lawsuit in the U.S. against the companies behind TikTok, Facebook, Instagram, Snapchat and YouTube accusing them of fuelling a youth mental health crisis (claims promptly rebuffed by Google and Snapchat). In Brazil, violent protests by supporters of the former president Jair Bolsonaro prompted fresh scrutiny of how the Far-Right organises on social media. The continuing fallout from the arrest, in Romania, of British kickboxer-turned-online misogynist Andrew Tate on rape and human trafficking charges has revived questions about how he built his cult online following, and over the impact of his graphic descriptions of violence against women on impressionable teenage boys.

All this is hilariously followed by the line ”Parts of this debate can feel simplistic.”

Worth reading in full if you fancy a laugh.

How to Save the NHS