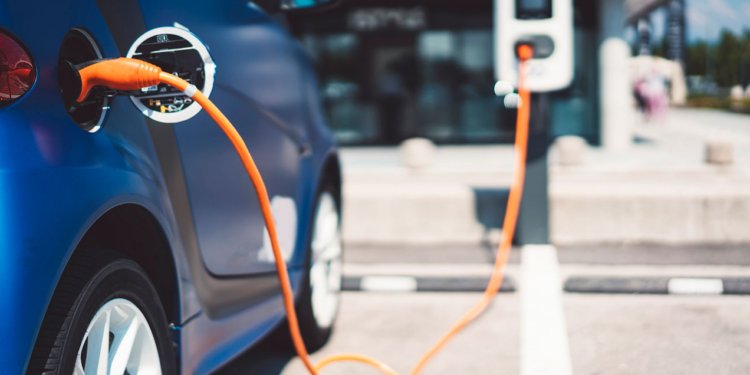 Electric cars and wind turbines have many faults, but whoever knew that they were racist.

One of the small line of duty burdens in writing these articles is having to read the Guardian and listen to the BBC. But where else would one gain this valuable insight into some of the pressing issues of the day? The world’s reliance on hi tech solutions such as electric cars and wind turbines to fix climate and ecological crises is “perpetuating racism”, reports the Guardian. According to the UN racism rapporteur Tendayi Achiume, green solutions “are being implemented at the expense of racially and ethnically marginalised groups”.

Achiume has considerable past form in discovering racism wherever she looks, although of course it might be noted that it is part of her job description. In 2018 she came to Britain, and after a two week tour of the country in the company of the now Shadow Foreign Secretary David Lammy, declared Britain was a more racist country after Brexit. She went on to criticise Government efforts made at the time to clamp down on illegal migrants, stating it produced a “hostile environment“.

The 2018 visit by Achiume, a law professor in California, went down well in Great Reset Left wing circles, not least because she favours an open borders policy. In recent academic work she argued: “First World Nation states have no right to exclude Third World peoples, and creating a world that reflects this fact requires complete re-imagining of national borders and the institutions of political inclusion.”  On publication of Achiume’s full report a year later, Lammy told the Guardian that “decent people” will be ashamed that the British Government is now receiving international condemnation from the UN.

There is woke drivel, and there is pure barking. According to the Guardian, Achiume has outlined in numerous UN reports her contention that the “global development frameworks” required to produce industrial goods such as cars and wind turbines “were fuelling racial injustices, and the need for reparations for slavery and colonialism”. It is not difficult to find practices exploitative of the environment and humans in producing cars and wind turbines – for instance, cobalt for green batteries is frequently mined by children in Africa – but Achiume’s hard line on human economic co-operation seems designed to demonise almost all productive enterprise.

Blaming inanimate objects for racism is not as uncommon as you might think. In November 2021, President Biden’s hapless transport secretary Pete Buttigieg was forced to defend statements that racism was “physically built into highways“. Apparently an underpass was once constructed in New York deliberately low so that tall Hispanics and Blacks could not get to the beach. Senator Ted Cruz joined in the general hilarity by tweeting: “The roads are racist. We must get rid of roads,” adding: “You see, we Hispanics are very, very tall, and we need rich woke Dems to raise the bridges for us. Without Pete’s condescending help, there is no way we can get to the beach.”

All of this nonsense is of course attention-seeking claptrap in a confected culture war. Much of it emanates in American universities, although the U.K. University of Winchester has an Institute for Climate and Social Justice. It is said that sex, gender, race and socio-economic inequality and discrimination cut through many environmental issues confronting the planet. BBC Future recently ran an article titled “Why climate change is inherently racist”.

Few self-identifying climate scientists show this intersectional progress to better effect than frequent BBC guest Mark Maslin. Back in 1999, as a London geography lecturer, he co-wrote an interesting paper in which it was stated that large natural climate changes occurred over a period of “perhaps even a few years”. This of course is a science fact with plenty of evidence to back it up. But under ‘settled’ science ideology, humans control the climate, so this view has rather gone out of fashion of late. By 2014 Maslin was writing an article titled, “Why I’ll talk politics with climate change deniers – but not science”. Forward to 2020, and Maslin is Professor of Earth System Science at University College London and suggesting in another article that the origins of racism and the climate emergency “share common causes”.