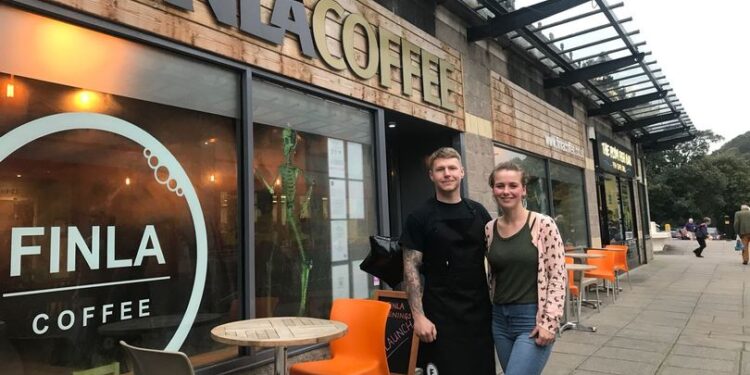 For the past two years, my husband Michael and I have been fighting an exhausting and financially devastating legal battle after we kept our small coffee shop open for a time during the 2020 lockdown.

We were subjected to a prolonged campaign of harassment and defamation after an anonymous complaint to Plymouth’s Environmental Health Department about staff in our café not wearing facemasks. We were also accused of not enforcing lockdown rules on customers entering our shop.

We thought the matter was resolved when we pointed out to visiting Environmental Health Officers that legitimate exemptions applied, and that if we had challenged staff or customers about not wearing masks we could have faced fines under the Equality Act 2010.

Michael and I thought that was the end of the matter until our local paper, PlymouthLive, became involved, and news reporters gathered on the pavement outside our café and began to interrogate passers-by.

When in November 2020 the Government announced that food and drink outlets would be restricted to takeaway service only, the police started to make threatening appearances in our coffee shop.

After a great deal of thought, we made the decision not to withdraw table service to our customers, some of whom were vulnerable and elderly.

PlymouthLive’s comments’ section condemned the stance we had taken, stating that we should have followed the rules “like everyone else”. But we also received support from people who felt we were standing up for common sense.

We sought legal help throughout this ordeal, including a lawyer who came over from Ireland to speak on our behalf. We were consistently advised that we hadn’t broken any laws – that staff exemptions for facemasks were legitimate, and there was no requirement in law for us to remove tables and chairs from our coffee shop in November 2020.

Indeed, as we now know, former Health Secretary Matt Hancock revealed in autumn 2022 (on I’m a Celebrity…) that there was never any enforceable coronavirus ‘law’, only ‘guidelines’.

We are also now aware that other business owners who were issued fines under the same ‘legislation’ have had them overturned on appeal.

Despite all this, Michael and I are being threatened with prison if we don’t pay the fines that remain outstanding. I believe that the local authorities decided to make some kind of example of us, encouraged by the local press.

To us, the message seemed clear: “We are the authority and you must abide by our rules and regulations (even though we don’t always abide by them ourselves…)”

Because we followed our consciences, we have endured two years of legal wrangling, court appearances, threats, and negative articles in the local press – including insults from angry members of the public urging others to smash our shop windows.

So how did it all start?

Early in 2020 we read Freedom of Information requests to Public Health England and other information in the public domain that we found deeply disturbing and which led us to question what the Government was saying.

Ultimately, at Magistrates’ Court, our limited company (Finla), my husband, Michael, and I were collectively fined £30,000 plus £12,000 costs. Sadly for us, in April 2022 we were forced to close our business of six years.

On appeal, after we’d already paid the lion’s share of the costs, our personal fines were reduced to £10,000 plus costs, totalling just over £14,000.

We now only have a few months to pay the outstanding fines before we face the judiciary again in March 2023 to hear whether we will be taken into custody for “non-payment of fines”.

It certainly feels as if the odds have been stacked against us from the start.

I know ours is just one of many tales of hardship in the last couple of years.

I feel many – hopefully most – people are beginning to understand the toll on people’s health caused by the lockdowns. But we feel people would be equally shocked to learn of the treatment meted out to us by the authorities, and the way in which we have lost our small family business.

If you feel able to help, we would be most grateful for any financial contribution, however small. We have set up a crowdfunder here.

At this stage, we are losing hope…. We would love to get back on track with our lives with our two young children.

Please help if you can – and thank you for taking the time to read our story.