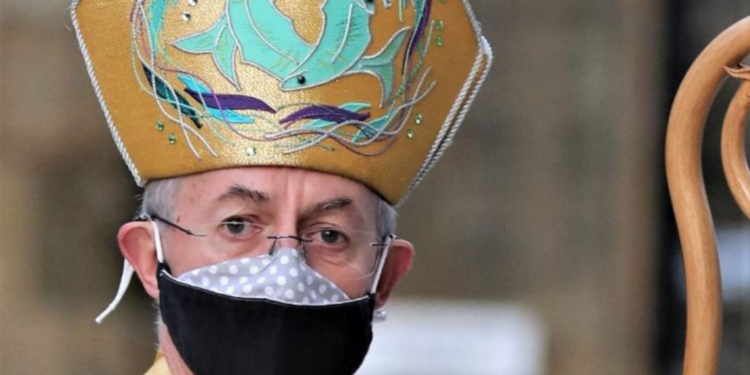 The Archbishop of Canterbury, Justin Welby, has rejected calls to scrap the Church of England’s (CofE) transgender guidance which affirms children as young as five in gender confusion.

In an open letter to the Archbishop, Nigel and Sally Rowe had called on the CofE to scrap its “Valuing All God’s Children” (VAGC) guidance, which covers 4,700 CofE primary schools.

The letter was sent following the Rowes’ legal victory against the Department for Education (DfE) in September, which led to a £22,000 settlement for legal costs and a commitment from the Government to reform its transgender policies.

As part of the case, the parents presented international expert evidence to the DfE which revealed how transgender affirming policies lead to “catastrophic outcomes” for gender confused children.

The Rowes had taken legal action against the DfE after they and their six-year-old son were labelled “transphobic” by a CofE primary school  on the Isle of Wight for refusing to “believe” in transgender affirming policies.

The Rowes made clear in their letter to Justin Welby that when they raised concern with the CofE’s Portsmouth Diocesan Board of Education in 2017, the VAGC guidance was used to dismiss and shut down their complaints.

The Rowes raised alarm that the CofE was continuing to endorse the VAGC guidance which they said says that children as young as five years old should be affirmed by Church of England schools if they wish to identify as the opposite sex.

This year, then Attorney General, Suella Braverman, stated that such a transgender affirming approach taken by the school and the Church of England, is not supported by law.

A petition calling for the guidance to be scrapped has since been signed by over 15,000 people.

However, on page 20 of VAGC, the guidance states:

In creating a school environment that promotes dignity for all and a call to live fulfilled lives as uniquely gifted individuals, pupils will be equipped to accept difference of all varieties and be supported to accept their own gender identity or sexual orientation and that of others. In order to do this it will be essential to provide curriculum opportunities where difference is explored, same-sex relationships, same-sex parenting and transgender issues may be mentioned as a fact in some people’s lives.

This statement is on a page specifically addressing issues for CofE primary schools, and therefore the treatment of pupils as young as five years old.

The paragraph states that children as young as five: “should be supported to accept their own gender identity”. It also states that transgender issues “may be mentioned as a fact in some people’s lives.” The next paragraph goes on to make this even clearer by saying: “Children should be at liberty to explore the possibilities of who they might be without judgement or derision.” This section cannot be read as anything other than advocating affirming children as young as five if they wish to identify as the opposite gender.

Schools must not discriminate (either directly or indirectly) against gender variant pupils, pupils who are perceived to be gender variant or pupils with trans parents. In the context of a school, indirect discrimination could include an inflexible uniform policy that creates a particular difficulty for trans pupils.

Mr. Genders also claimed in his statement that VAGC has been in no way influenced by transgender charity, Mermaids, who are now under investigation by the Charity Commission, following links to the endorsement of ‘chest binders’ and links to paedophilia.

However, in 2019, Mermaids was providing extreme training in the CofE primary school where the Revd John Parker was governor in Essex.

The CofE Director of Education in the Chelmsford diocese refused to back Mr. Parker after he raised serious concerns about Mermaids’ involvement in the school, saying: “Our schools must comply with the legal requirements of the Equalities Act 2010. Additionally, the Church of England, through its policy Valuing All God’s Children, gives guidance for Church of England schools.”

Without any support from the CofE, Mr. Parker faced no alternative but to resign.

In response to his resignation, Mermaids said to the Mail on Sunday: “We are surprised to see that a Church of England rector is complaining about our training when we are included in the CofE guidance on support for transgender people.”

Mr. Genders has since said that the updated version of VAGC published in 2019 removed Mermaids from the guidance.

Despite the wealth of evidence that CofE schools guidance affirms young children in gender confusion and is being used against those who object, responding to the Rowes’ letter, Justin Welby has refused to meet to discuss the Rowes’ concerns and said that he is “in full agreement with Nigel’s recent statement”. He added that:

The policy document ‘Valuing All God’s Children’ is integral to our vision for education and the wisdom, hope and integrity it aspires to. The prevention of any form of bullying is essential to the dignity and respect we encourage in schools. I recognise that this can be quite complicated to live out in a school community where parents, staff and children may all have different views.

He concluded the letter by saying that: “We will continue to review our policies in light of updated legislation and Government guidance.”

Responding to the letter, the Rowes said:

We are very disappointed by the response. The Church of England has 4,700 primary schools under its care, which it is exposing to an ideology that promotes chest binders and affirming children as young as five in the opposite gender. The Church of England is repeatedly abandoning bible-believing Christians and their children on the altar of transgender affirmation. Referrals to gender identity clinics have gone through the roof in the past decade. In 2012 there were 250 referrals, compared to last year when there were 5,000 – this cannot be allowed to continue. As adults, we have a responsibility to look after children and protect them. Children don’t have the same capacity to think through the consequences of something like adults do. The CofE is manifestly failing in its duty of care.

It is simply not plausible for the Church of England to claim that this guidance does not support the affirmation of children as young as five in a transgender identity. Not only do passages of VAGC clearly support it, but its citation against Christians who do not support transgender ideology demonstrate with undeniable clarity how it is received. If the Church of England wishes to make clear that it does not believe young children should be affirmed in a transgender identity it can do so simply – by withdrawing Valuing All God’s Children.

Excess Non-Covid Deaths Surge to 30,000 Since April as Deaths in Week Before Christmas Hit 20% Above Average