Why Did So Many Academics, Trained to Think Critically, Embrace the Pandemic Narrative? 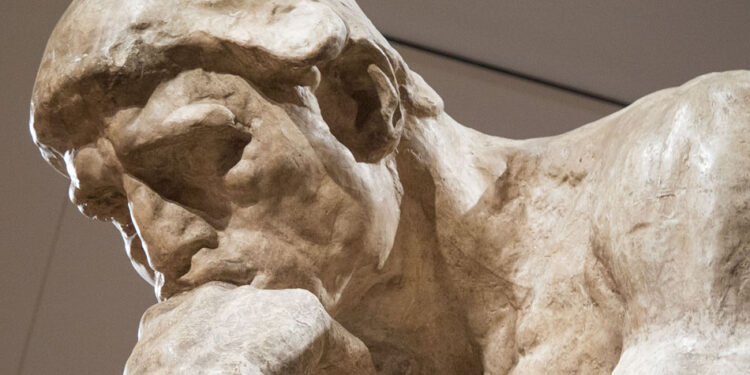 A new book has been published, critical of the Covid consensus. Pandemic Response and the Cost of Lockdowns is a collection of essays by academics, each of whom has contributed an assessment of governments’ Covid policies from their particular subject-area in the human and social sciences.

The book includes sobering accounts of the impact of Covid policies in various states in the Global South – one of its three sections is comprised of essays written by academics with a specialism in one of these overlooked regions.

The other two sections include essays that reinterpret key Covid concepts, such as immunity and health, and that propose alternative paradigms through which Covid events might have been differently understood, such as those of intergenerational justice and proportionality.

But perhaps the greatest merit of the collection is that it represents the first of its kind: a broadly collaborative intervention from within the human and social science faculties of universities in a consensus that took hold in universities with alarming force and uniformity.

The rationale of the new publication is to offer alternative perspectives, on key concepts, prevailing paradigms and dominant contexts. It is a rationale that should be second nature to those employed to teach and research in the human and social sciences at universities; the one accomplishment that a third level education in these fields now guarantees is precisely that of offering alternative perspectives, of thinking differently.

Human and social science academics ought to have been positioned better than anyone to question the dominant view of COVID-19 and its effects and mitigation.

Yet, most academics in these faculties were and still are dispiritingly acquiescent.

Why? Why has their vocation for thinking differently not come to their aid when it really matters?

I shall think, Descartes proposed in 1641, that the sky, the air, the earth, colours, shapes, sounds and all external things are merely delusions… I shall consider myself as not having hands or eyes, or flesh, or blood or senses, but as falsely believing that I have all these things.

Descartes could not have presumed that his idle exercise in thinking differently would be taken up by more than a few – those whose hands are calloused from laying stone upon stone are unlikely to suppose that their hands are not real; those who cradle their sick child, scarcely to consider that they do not have flesh or blood or senses.

But Descartes’ experiment in thinking differently took a surprising hold. Its rarified character proved enticing. So much so that it came to define what counted as thinking at all. The modern university – its humanities and social science faculties, at least – has been and is the institution of thinking like Descartes did, wildly and implausibly differently, the site in which external things are not believed in and so many alternative perspectives are proposed and admitted that everything may as well be delusion.

Whether or not the SARS-CoV-2 virus originated in a lab is a recurring debate. It is a red herring, supporting the opinion that the disease that it is deemed to cause – COVID-19 – originated somewhere. It did not. Professor Jon Ioannidis of Stanford, together with colleagues at the Oxford Centre for Evidence Based Medicine, has recently again confirmed that the infection-fatality rate for the SARS-CoV-2 virus is so completely within the envelope of what is normal-to-mild for seasonal respiratory infection that while SARS-CoV-2 may have originated in the Wuhan Institute of Virology, Covid as we came to know it, Covid as the deadly pathogen advertised exhaustively and globally, originated nowhere – nowhere real, that is. Covid in that sense is a concoction. A delusion. An academic exercise.

As such, the whole Covid experiment brought to fruition Descartes’ brand of thinking differently that had come to dominate academia. In the age of Covid, we were told to doubt it all, to imagine that nothing is real, to stop believing in external things. That some of the infected had no actual symptoms, that cancer needed attending to, that many didn’t have gardens to sit in, that there were no extraordinary numbers of deaths during 2020, that nobody should die alone: these and many other realities were dismissed as mere delusions.

With Covid, we were entered into the kind of radical thought experiment that would previously have counted as merely academic, the kind of disregard for what is real that our universities have incubated so regrettably and so well.

It was the destiny of universities – our institutions of thinking differently – to be sucked into the biggest and most implausible thought experiment in history: the COVID-19 pandemic and its global mitigation.

Except for one thing. The Covid consensus was built not only on radical doubt but also on radical belief. Not all things were cast as delusions; one thing – Covid – was abroad as an absolute certainty.

If Descartes put all things in doubt, why was there no significant doubt of the Covid consensus within those university faculties that have taken their cue from his method?

But there was, of course, another side to Descartes’ total doubt. There was his moment of total certainty, his infamous proposition that I am thinking, therefore I am.

The proposition was not as worthy of Descartes’ absolute certainty as he judged it to be. Quickly, philosophers began to describe its weaknesses, and the chimerical nature of his ‘I’ is arguably still playing out in the ‘identities’ which so many now appeal to without question. Yet, Descartes posed his piece of certainty with a conviction as forceful as it was irrational.

It turns out that putting everything in doubt – ceasing to believe in external realities – readies us to posit at least one thing as certain, and to cleave to that thing however unlikely it is shown to be.

In the end, too much thinking differently stops you from thinking differently. It loosens the hold upon you of what is real and what is good, scrambling your reason and your feeling and leaving you vulnerable to the loudest, most garish, message, which you cling to as a lifebuoy in your delusion and repeat even more loudly and more garishly in your turn.

Imagining that all things are false is closely allied with believing that one thing is true. Covid put the whole of reality in doubt and then presented Covid as the only certainty in town. The certainty was as heady as the doubt that cleared the way for it, though each was as unreasonable as the other.

It is past time for universities to relinquish Descartes’ method. Those employed in them must ally their energy at proposing alternative perspectives and their eagerness to present a fundamental truth with their grave admission that there is a world out there, and it and those in it are to be neither doubted lightly nor subject to false certainty.

Academics must partner virtuosity with virtue, intellectual prowess with care and commitment, and revive again the vital Platonic insight that thought and talk without an eye to what is true and good are mere irresponsible sophistry – degrading in itself and dangerous in its susceptibility to dominant narratives and the interests vested in them.

Pandemic Response and the Cost of Lockdowns is a responsible collaborative intervention in the Covid consensus from the heart of the university. The first of many, it is hoped.

Dr. Sinéad Murphy is an Associate Researcher in Philosophy at Newcastle University.