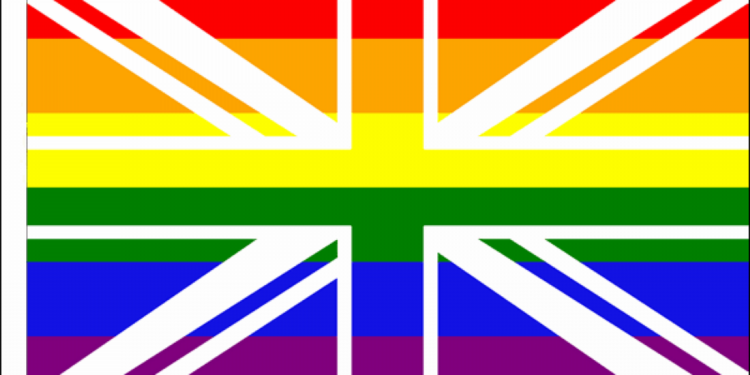 This new establishment is, on its cutting edge, to use the new phrase, ‘intersectional’. It harnessed old interests and old money with new money and new interests, and with a new ideology, built out of fragments of transitional Thatcherism and transitional Blairism; and is crowned not only by the fragmentary but incoherent set of ‘intersectional’ doctrines found in the politically and ideologically correct creeds of ‘Trans’, ‘Black Lives Matter’, ‘Climate Crisis’, ‘Decolonisation’ etc., but also by the vast solar flare or halo of publicity achieved by its greatest coup, the COVID-19 protocols. This establishment is ‘intersectional’; but it is also ‘globalist’: and here we have a death by a thousand cuts, as every imposition is intended to further the achievement of a singular world order. For the time being, this establishment mostly works in the English language, and its doctrines are imperially imposed on the rest of the world through the continued status and prestige of English as a language of learning, diplomacy, recreation and trade.

I think we, too, we marginalised, we sceptical, are also – or should be – intersectional. Admittedly there are some who fought on the cultural front against ‘wokery’ while taking no part in the fight on the Covid front. But the truth, as, say, Steven Crowder and Jordan Peterson glimpse across the Atlantic and as Toby Young – along with the valiant and admirable Noah Carl, Will Jones and Chris Morrison – and of course James Delingpole, realise, we, the sceptics, the conspirators, the deplorables, the deniers – i.e., the sensible – are also intersectional.

We should call ourselves the RIGHT INTERSECTIONALISTS.

The enemy are the LEFT INTERSECTIONALISTS.

Everyone is becoming more familiar with the language of intersectionality. I read one of Douglas Murray’s books some time ago and learnt that intersectionality was something to do with combining what to our enemies look like different oppressions and what to us look like different grievances. I thought that the relation between the different grievances was what Malthus would have called ‘arithmetic’, but the relation is actually, as I have discovered by reading an academic paper on the subject in the last few days, what Malthus would have called ‘geometric’. What this means is that one does not, as an intersectionalist, add grievances together: one multiplies them. The result is that, for the intersectionalists, or, as I now want to call them, the left intersectionalists, there is no limit to how offended they can be.

Take race, add chipotle to prepare some racism; take sex, add napalm to prepare some sexism; take Freud’s theory of the unconscious, strip it of its existential aspect, and mix it with hydrochloric acid to prepare some much more sociologically relevant ‘unconscious bias’: then stir all of these together. The resultant dough will rise by itself: no baking soda is required. It will rise and rise and, when cooked, harden into something like a Göbeklitepe monolith – into a veritable Stonewall or BBC Ministry of Compliance – and then the draconian order which arises in the gaps between the stones will impose with jobsworthy tenacity some macroaggressions on your microaggression.

And this is before we add some melting Arctic ice, some Polar Bear blood, the wings from ten thousand hypothesised but unknown Insect species from a single tree in the Amazon, some CO2 for fizz and some mRNA as binding agent. Then we should have a vast witches’ cauldron of intersectionality: or a London shard of doubleplus ungoodness. ‘Fair is foul, and foul is fair’ etc.

Aristotle, in his Metaphysics – excuse the learned digression, but academic matters are relevant here – declared that ‘first philosophy’, i.e., the highest knowledge of everything that is: we usually call it, thanks to Aristotle, ‘metaphysics’, is the architectonic and hegemonic science. However, a bit confusingly, he also said, in his Nicomachean Ethics, that it is politics that is the architectonic and most authoritative science – for the alarming but convincing reason that it is the state which decides the status of every science within the state. Let us say that philosophy more or less held out against politics for a few thousand years, on and off. But finally politics has extended its sway over philosophy, by sweeping almost all the thinkers into the universities, where they have been carrotted and sticked into order.

Now, to be a true, multi-valent, left intersectionalist, ever since the portentous year of 2020, is to be not only Douglas Murray’s sort of intersectionalist – the one who wears a Black Lives Matter t-shirt, waves a rainbow flag, pushes statues into the sea, talks of pronouns – but also Toby Young’s sort of intersectionalist – the one who wears a mask, boasts of being triple-jabbed, glues himself to roads and picture frames, and reads Private Eye’s M.D. with nodding (and sadly satire-resistant) approval. The first wave of left intersectionalism was weak-minded and, as an old physicist friend of mine at university used to say about almost anything which was not physics, “arty-farty”. Thus, the humanities: despised for at least a century and a half by the crowd William Whewell in the nineteenth century first called ‘scientists’. The second sort of intersectionalist is strong-minded, because scientific: it has a battalion of extremely self-certain doctors and scientists as its vanguard.

Left intersectionalism is now hyper- or super-intersectional. It is more intersectional than even the eager race-baiters and trans-baiters are yet capable of understanding. For it is a massed intersectionality of do-goodery on all fronts: on both the humanitarian and scientific fronts. The Gericault rafts of loony lefties are now in chaotic alliance with the Blitzkrieg tanks of the technocrats and experts.

So what is right intersectionalism?

Well, for a start, it is coherent. For what I have not yet said clearly enough is that left intersectionalism is wholly incoherent. Left intersectionalism is a coincidence of a thousand different and contradictory aspirations: an abundance of utopian enthusiasms harnessed to a singular puritan or totalitarian taste for coercion. No one can make left intersectionality harmonise without raising the intellectual temperature so much that all propositions evaporate into a burning gas. (This is the world in which analysis is sexist, reason is racist, and so the only form of acceptable dialektike nowadays is to echo-scream the talking points of the time.) There is no way – except through political assertion – that sex and race and religion and climate and disease and all other possible aspects of exuberant despond can be harmonised into a universal position. Everything is particular. Indeed, the whole point about this intersectionality is that it refuses to state a clear position: everything is always immediately withdrawn to particulars, or covered by the vague word ‘oppression’. One academic paper I read recently quoted a translogician who attempted to claim that to theorise anything at all (especially theorising anything à la Kathleen Stock) is surely secondary in a world in which oppressions and hate exist. This, it will be obvious, is not an academic argument. (Though it exists in academic publications.) It is, rather, an exhibit of left intersectionalism: a single exhibit from the set of confusingly incoherent and provocative hemi-demi-semi-positions which achieve vindication by postulating intersectional multiplication, by claiming certainty, by refusing argument, and by imposing views by force and fraud.

Right intersectionalism is a temporary position, no doubt: but it is an absolutely necessary one. Our weakest allies are those who do not understand the necessity of our having a single response to everything that is going on. Our enemies are dividing and conquering us whenever they make us forget that we on this side are united by being intersectionally opposed to all of their terrible conjectures. There is plenty of evidence of divide and conquer. Despite his achievements on one front, Douglas Murray has avoided the other fronts. Kathleen Stock is not known for the soundness of her views on climate change. However, Jordan Peterson, seems to be sound on all fronts. So he is a fully-committed right intersectionalist. It is hard to think of others in the public sphere; thought there are plenty on the margins. Lord Sumption is good on some fronts, not at all on others. The anti-woke academics like Malcolm, Biggar, Tombs, Abulafia and Marenbon seem a bit reluctant to argue against scientists, though they are willing to oppose bad history or bad philosophy. There are many partially sound figures: Gavin Ashenden, for instance, and the Old Uncle Tom Cobley and All which Delingpole has interviewed over the past three years. Russell Brand seems to have surprisingly good instincts. And you will know of some others, no doubt. But few outside such circles see that the whole problem is a singular one.

If you doubt that everything has to be fought at once, consider this. Is not ‘unconscious bias’ an almost laughably perfect equivalent in Wokology of what ‘asymptomless transmission’ is in Covidology and perhaps also of what ‘carbon emission’ is in Climatology?