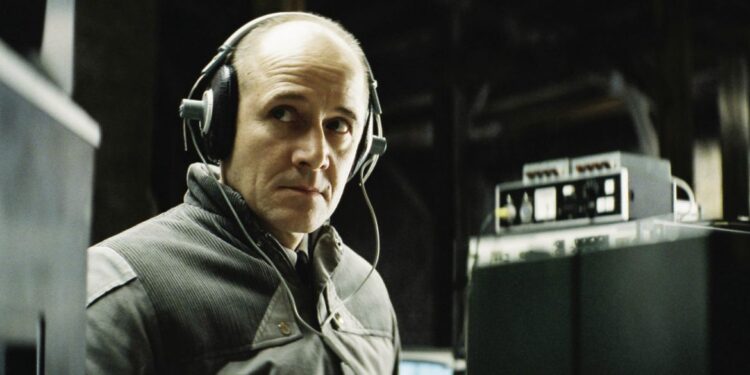 Boris Kálnoky, Head of the MCC Media School in Hungary, has written a post for Corvinák pointing out that while the EU is making Hungary’s receipt of EU funds conditional on strengthening the ‘Rule of Law’, it has yet to say anything about a recent law in Germany that will enable the state to sack civil servants accused of not being in accord with the German constitution while bypassing their employment rights.

Germany passed a worrisome law that encourages people to spy on their fellow citizens, and to report on them if they say things that are deemed to be critical of Germany’s ‘constitutional order’.

Initially, the law was just meant to implement an EU directive for the protection of ‘whistleblowers’, if they report on infringements against EU regulations. But the leftwing German government, with last-minute changes to the draft law, turned it into an instrument for a political power grab in Germany. You can read the draft and the changes here.

Crucially, the law stipulates that civil servants, such as policemen and teachers, can be fired without a court decision if they are deemed to be in disaccord with Germany’s fundamental law (the constitution). That is a huge change to the legal status of civil servants who, so far, could only be fired if it was proven in court that they oppose the constitution. With the new rule, that doesn’t need to be proven anymore. Allegations will be enough.

But spying on neighbours will not be limited to state organisations. Companies with at least 50 employees are ordered to create – at their own expense – ‘Meldestellen’ – (‘reporting offices’) were anyone can report anyone if they think they saw, heard or otherwise witnessed something improper. Not something illegal per se – citizens can report incidents that, although not illegal, and perhaps even protected by the fundamental right to freedom of speech, seem to show that someone is critical of Germany’s fundamental law. And that can be enough to fire any civil servant.Victims can fight the decision in court, but at their own expense.

Freedom of speech thus remains protected by the constitution. But if you exercise it, you may lose your job. Not just if you are a civil servant. Or why would the law include private companies? There, as well as in state organisations, ‘whistleblowers’ can denounce their colleagues ‘anonymously’. And from there on, the whistleblower cannot be fired, as long as the report is investigated.

Imagine you are a teacher, and that you dislike another teacher in your school – perhaps because you are also a leftwing activist, and the other comes across as rather conservative. Maybe he said something disparaging about the EU? Or the government? Or the gender debate? Just report him or her.

Or perhaps, in a private company, you envy the job of a colleague and would like it for yourself? Just report them. If you do this to harm someone, and untruthfully, the law to stipulates that you may be punished. But since accusers can remain anonymous, that may never be proven.

Or perhaps you fear that you are about to be laid off in your company for whatever reason? Just report on someone. From then on, until the matter is investigated, you cannot be fired.

Germany’s ‘basic law’ is a fine and fair-minded one. But interpretations can evolve over time. For instance, it prohibits discrimination based on ‘sex’. What the authors of the basic law meant by that was that there should be no discrimination between men and women. Nowadays, a new interpretation of that passage understands ‘sex’ to mean ‘gender’, although that is not legally settled. Now, imagine a colleague at work states that in his view, there are only two biological sexes, and that marriage should be for man and woman. Although that is a perfectly law-abiding view, he may now be reported for deviance from the constitution. This will not have to be proven in court: Some state administration official may decide that that person can no longer serve the state.

At private companies, employers may decide that they they do not want to be seen as a place with a corporate culture that tolerates criticism of ‘diversity’. Although the law says nothing about consequences for anyone deviating from what is regarded to be the spirit of the fundamental law, there may well be very serious consequences in real life.

Finally, for political parties, the law opens up new strategic options in their quest for political power. To pick a party at random, the Greens for instance could decide to strategically place activists in big companies and state institutions (or to activate those who are already there), and then proceed to report anyone who disagrees with them. The result might be a political cleansing of state institutions and big companies.

As for the ‘Rule of Law’, one of it’s conceptual pillars is the assumption of innocence ‘until proven guilty’. The German law turns that on its head: Although legally, you will still be presumed innocent, materially your existence can be destroyed of you are suspected of ‘wrong’ opinions.

Stop Press: Papers from the National Archive reveal that Tony Blair’s Principal Private Secretary wanted to introduce press regulation to force news publishing companies to be more ‘accurate’ when reporting on Government policy. Alarmingly, the official in question was Jeremy Heywood, who went on to become Head of the Civil Service. The Independent has more:

Writing in August 2001, Mr Heywood said: “I assume it is unthinkable to impose accuracy regulation on newspapers?

“No other industry would get away with the practice of making up stories that even our most serious newspapers indulge in.

“Is there no country in the world that has a successful model of newspaper regulation?”

Ed Richards, a policy adviser, warned against such a plan.

“Personally I think it is nigh on impossible to introduce controls on the newspapers of the kind that you propose (and probably suicidal to try),” he wrote back.

Frustration with the press was nothing new among Mr. Blair’s inner circle.

In a presentation to a Cabinet awayday in 1998, the former Prime Minister himself said: “We have a serious problem with a juvenile media.

“The smallest decisions can become big headlines. They refuse to report the substance of what you do.”

Needless to say, invoking ‘accuracy’ as an excuse to censor facts and opinions the state disapproves of is now ubiquitous across Western democracies, with ‘inaccurate’, i.e., inconvenient, content now branded ‘disinformation’. See the Twitter Files for chapter and verse.