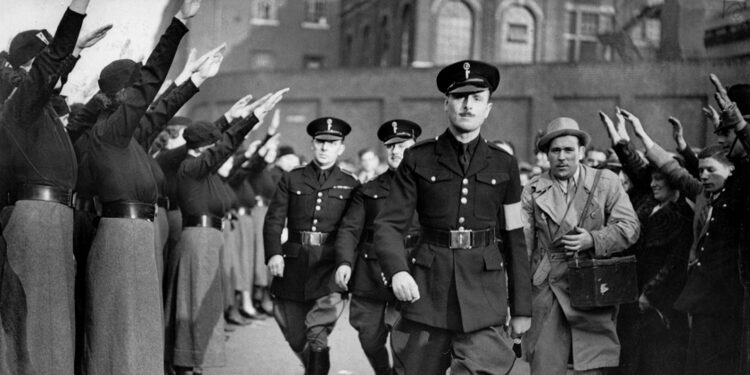 Oxford County Council is going to trial a scheme whereby the residents of the city are divided into six zones, with movement by car between the zones restricted to 100 trips per year. Eric Worrall on Watts Up With That? has more.

Imagine if your power mad politicians liked Covid Lockdowns so much, they wanted to continue them indefinitely. This is going to be trialled in Oxfordshire in Britain.

Oxfordshire County Council yesterday approved plans to lock residents into one of six zones to ‘save the planet’ from global warming. The latest stage in the ’15 minute city’ agenda is to place electronic gates on key roads in and out of the city, confining residents to their own neighbourhoods.

Under the new scheme if residents want to leave their zone they will need permission from the Council who gets to decide who is worthy of freedom and who isn’t. Under the new scheme residents will be allowed to leave their zone a maximum of 100 days per year, but in order to even gain this every resident will have to register their car details with the council who will then track their movements via smart cameras round the city.

Communism will make the weather better

Oxfordshire County Council, which is run by Labour, the Liberal Democrats and the Green Party, secretly decided to divide-up the city of Oxford into six ‘15 minute’ districts in 2021 soon after they were elected to office. None of the councillors declared their intention of imprisoning local residents in their manifestos of course, preferring to make vague claims about how they will ‘improve the environment’ instead.

Every resident will be required to register their car with the County Council who will then monitor how many times they leave their district via number plate recognition cameras. And don’t think you can beat the system if you’re a two car household. Those two cars will be counted as one meaning you will have to divide up the journeys between yourselves. 2 cars 50 journeys each; 3 cars 33 journeys each and so on.

This story is so crazy, I wanted corroboration. This is the same story published in the Oxford Mail:

ROAD blocks stopping most motorists from driving through Oxford city centre will divide the city into six “15 minute” neighbourhoods, a county council travel chief has said.

And he insisted the controversial plan would go ahead whether people liked it or not.

He said the filters would turn Oxford into “a 15-minute city” with local services within a small walking radius.

People can drive freely around their own neighbourhood and can apply for a permit to drive through the filters, and into other neighbourhoods, for up to 100 days per year. This equates to an average of two days per week.

Oxfordshire is the home of the University of Oxford, one of Britain’s premier learning institutions.

Communist states like the Soviet Union and China seem to love movement restrictions and internal passports. In my opinion Britain has been edging closer to naked communism for at least half a century, so I guess it was inevitable that an attempt would be made at some point to introduce Chinese style movement restrictions on British people. In my opinion the climate claims are just an excuse, an attempt to deflect criticism of their authoritarianism.

I would love to write that the University of Oxford is up in arms, that Oxford academics are outraged at this attempt to restrict people’s freedom, but so far I have not discovered one utterance of public outrage from university academics.

For almost a thousand years the University of Oxford stood as a beacon of intellectual freedom. A number of leading Oxford intellectuals were hanged or otherwise persecuted over the centuries, because of their resistance to authoritarianism. So it seems incredibly sad that the inheritors of that proud tradition seem so willing to turn their backs on those freedoms their predecessors sometimes laid down their lives to defend.

This story is flat out insane. Why on earth would the residents of Oxford tolerate these sandal-wearing dictators? More to come on this, I’m sure.

Stop Press: Oxfordshire County Council has put out a statement to address concerns and ‘misunderstandings’ about the plans. Read it here.