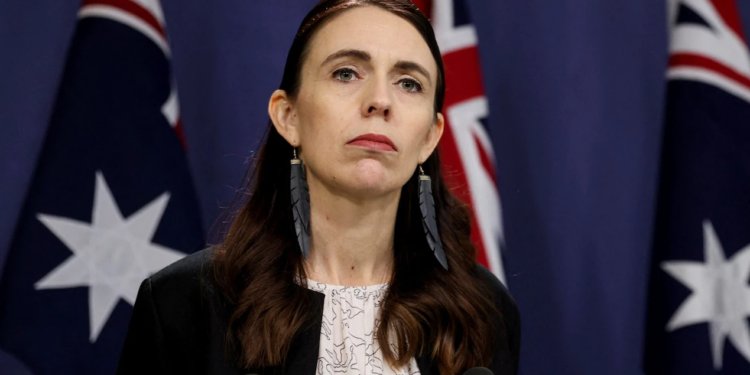 New Zealand Prime Minister Jacinda Ardern’s popularity has plunged to the lowest level since she entered Government, according to the latest polling, which puts opposition parties on course to win the next election, expected next year. The Telegraph has the story.

Tensions soared last week with the murder of a worker in a convenience store who was stabbed to death in a robbery.

Afterwards, the Prime Minister was criticised for making a visit to the remote Chatham Islands rather than visiting the victim’s grieving family.

New Zealand’s media, which had been largely supportive of Ms. Ardern during her first few years in office, now has the Prime Minister firmly in its sights – with the nation’s number one talk show host branding last week as “the Government’s worst”.

Broadcaster Mike Hosking said the Government was facing “an avalanche of bad news, upset, anger, protest and disbelief from one end of the country to another – and I haven’t even got to the recession yet”.

Some 29% of poll respondents said Ms Ardern was their preferred Prime Minister, a 1% drop.

Support for the Labour Party, which Ms Ardern leads, has also dropped 1% in the polls to 33%.

It is the Prime Minister’s lowest ranking since she became Labour leader in 2017.

The 1 News-Kantar poll reflects growing disillusionment among the electorate with New Zealand’s Labour Government, which has been plagued by the rising cost of living and an escalating crime rate.

According to the latest polling, the centre-Right National Party at 38% and the Act Party at 11% are now in a strong position to form a coalition government at the general election, due in the next 12 months.

Christopher Luxon, National Party leader, claimed the poll indicated that New Zealanders felt the country was “going in the wrong direction”, with some of the dissatisfaction stemming from the Government’s handling of the pandemic and the draconian measures it imposed to ‘contain’ COVID-19.

An official inquiry into New Zealand’s strategy will be launched early next year, and will investigate the Government’s strict lockdowns and border quarantine rules, which effectively isolated New Zealand from the rest of the world.

Looks like the toothy tyrant is headed for a fall.