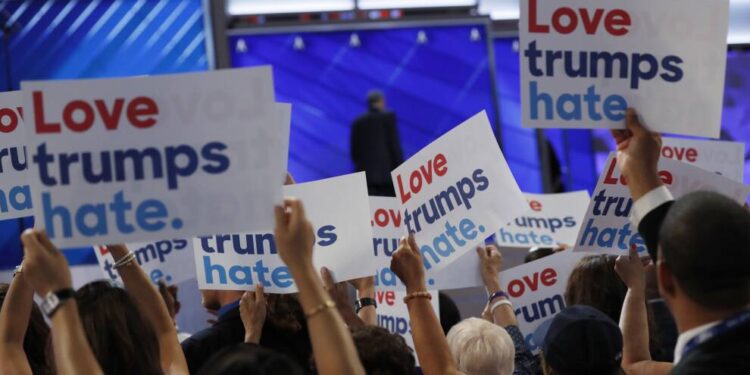 Another day, another free speech showdown. This time, it’s in the U.S., where the noted free-speech advocate, blogger and founder of the Journal of Free Speech Law Prof. Eugene Volokh is suing New York’s Attorney General Letitia James over a law intended to crack down on “hateful conduct” online. The law would make a large class of website owners responsible for handling and directly responding to claims of “hateful conduct” about material on their website (e.g. in the comments section), and require them to publish a document setting out their policy on the matter. Failure to comply would carry a penalty of $1,000 per day, per infraction. Showing the intention behind this law, the Attorney General declared in October that: “Online platforms should be held accountable for allowing hateful and dangerous content to spread on their platforms.”

This law goes into effect on Saturday Dec 3rd and will affect any website that allows users to share content (a typically vague definition) and which is accessible to New Yorkers – including the Daily Sceptic. Fortunately for the U.S., they have what is the envy of all free-speech advocates around the world: the First Amendment, and the robust case law surrounding it. New York’s law is blatantly unconstitutional (and also contravenes s.230 of the Communications Decency Act 1996), so it stands zero chance of surviving legal challenge.

But then why has New York passed this law – by “Oceania-sized margins” – and why did the Governor gleefully sign it? Stupidity and squalid political posturing would be my answer. After all, this is a legislature that recently banned the sale of bulletproof vests, and the Attorney General has been spending all her time since being elected in going after political enemies, notably Trump and the NRA. But regardless of whether and when this new law gets struck down, they’ll be able to tell their voters that they’re the good guys, because who wants “hateful conduct”, right?

The Democratic Party – which runs New York – would like nothing better than to scrap the First Amendment. Indeed, they tried to do something like that in the U.S. Senate back in 2014, in a move which Forbes rightly described as “terrifying”. This stemmed from Hillary Clinton being upset about the 2008 film Hillary: The Movie, and because the Supreme Court later upheld the film company’s rights in a landmark First Amendment case (Citizens United v. FEC). Had it passed, the amendment would conveniently have prevented the release of the film Clinton Cash next time Mrs Clinton made a bid for the White House in 2016. But it certainly wasn’t just Clinton – Obama and the entire Democractic Party went along with it.

Fortunately, this was just a stunt, because constitutional amendments are extremely difficult to pass: the normal procedure requires a two-thirds majority in both houses of Congress and the approval of three-quarters of all the state legislatures (i.e., 38 out of 50). There was never any prospect of that, so the terrifying aspect of the Senate vote in 2014 was really the fact that the Democratic Party thought it was a good idea, and was in lockstep behind it. This New York law is just another example of where the majority of threats to free speech are coming from these days: the “socially progressive”.

Unfortunately, it’s not just the socially progressive. Recently, the Foundation for Individual Rights and Expression (FIRE) had to go to federal court to successfully challenge the Republican Governor of Florida Ron DeSantis’s Stop WOKE Act, which would have limited freedom of expression on campus in a totally misjudged “socially conservative” way. DeSantis is – I am credibly informed – a very smart guy, and as a graduate of Harvard Law School he presumably understood the Stop WOKE Act was always going to be struck down by the first federal judge who so much as glanced at it, which makes me think that – as in New York – it was “performative legislation”, designed mainly to appeal to the grassroots of the party. This is a destructive and time-wasting attitude – but I rather wish the U.K. Conservative Party took more of that kind of view when it comes to freedom of speech!

And even while we at the Daily Sceptic may detest wokeness in all its forms, we have to thank the redoubtable FIRE for their stand for free speech in the Florida case. (Like the Free Speech Union, FIRE has been non-partisan from the beginning – indeed, like Ira Glasser, Harvey Silverglate is on the left.) And it’s FIRE, once again, who are representing Eugene Volokh in the New York case. Other parties to the suit are Rumble (the Canada-based hosts of Trump’s Truth Social) and Locals (co-founded by Dave Rubin), meaning that for the defendant, Attorney General Letitia James, it’s another opportunity to take a glorious (but doomed) stand against Trump and the alt-right – or something.

As for Eugene Volokh, one of the great stalwarts of the free speech movement in the U.S., I wish him every success in this case, and will watch with interest and (I hope) some amusement. However, I have to mark him down for the fact that his legal free speech filing isn’t nearly up to the standard we’ve come to expect in 2022, which would be the standard set by the magnificent Supreme Court brief in Novak v. City of Parma submitted by The Onion, and which has fairly been described as “the greatest brief ever filed”.