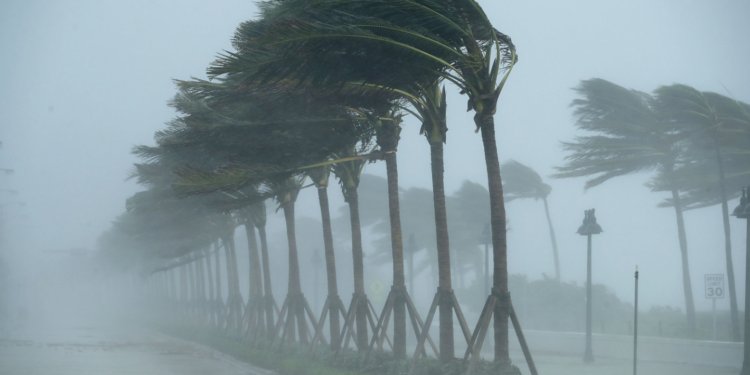 The 2022 North Atlantic hurricane season is drawing to a close, and all the evidence shows it is below average in the number of storms and overall ferocity. Unsurprisingly, the climate catastrophists have again been proved wrong in their forecasts. In May, the U.K. Met Office said the season was “most likely” to be above average. “What is interesting this year is that the forecasts issued by many different agencies are all indicating an above-average season. As they are all pointing in the same direction, this gives us a higher degree of confidence,” noted Julian Heming, said to be the Met Office’s expert on tropical cyclones.

The Met Office forecast 18 named tropical storms and four major hurricanes. According to data collected by tropical scientist Phil Klotzbach of Colorado State University and quoted by Professor Roger Pielke, in 2022 there were 14 tropical storms and two major hurricanes. In an article headed “The 2022 Seasonal Hurricane Forecast Bust”, Prof. Pielke references the work of the Barcelona Supercomputing Centre that collected work from 29 organisations, “which allows a detailed analysis of just how wrong the community was in 2022”. Of the 19 organisations that issued forecasts last spring, 17 of them predicted an above-average frequency of ‘named storms’. By early summer, all 19 of these forecasts predicted an above-average season. Yet, according to Pielke, on most metrics the hurricane season was below average.

It’s only a climate model forecast, it might be said. But of course, in a political world where the weather is catastrophised on a daily basis, these predictions play an important part in promoting the command-and-control Net Zero agenda.

Earlier this year, the mainstream media were full of these groupthink reports forecasting a bad hurricane season. Inevitably, the finger was pointed at the suggestion that humans were responsible for the catastrophic weather events. Never slow to jump on a catastrophe bandwagon, the BBC reported the early forecasts, noting: “With another active season expected, many might question whether climate change has had a hand in this.”

The latest hurricane news caps a bad year for climate catastrophists. When it comes to making generalisations from single events, those who live by the sword, die by it as well. Arctic sea ice has shown impressive recent growth, with suggestions that the Greenland ice sheet might even have grown in the year to August 2022. Coral at the Great Barrier Reef is back in record amounts, while a little extra summer warmth in the Arctic has led to more food being available for all forms of life including growing numbers of seals and polar bears. The wildfire season is ending in the western United States, and it has been one of the quietest for years. If you like a little cold in your weather mix, you would have welcomed the news that in 2020-21 the South Pole recorded its coldest six month winter since records began. And the latest news from Antarctica is also on the chilly side, with the South Pole and the eastern station at Vostok recording their coldest November for 35 years.

How much of this have you seen reported in the green agenda-driven mainstream media?

The U.S. Weather Channel notes that none of the 2022 hurricane figures stand out, given that the entire hurricane name list was used up in 2021, and 2020 had more than double the storms of 2022. It was noted, of course, that the luck ran out for Florida in late September when hurricane Ian made landfall. The hurricane caused enormous damage across the State and over 100 lives were lost. Eastern Canada was also hit by a powerful storm around the same time.

Hurricanes can produce ferocious amounts of localised power, but the 2022 season was notable for a significant reduction in the total energy generated. According to Phil Klotzbach’s work at Colorado State, the ACE index was about 22% below average. ACE (Accumulated Cyclone Energy) compiles data on the number of storms, their intensity and how long they last. Klotzbach noted that for the first time in 25 years, and only the third time since 1950, no storms formed in the Atlantic basin in August. Measured by ACE, it was said to be the least active hurricane season through to the end of August since 1988.

Meanwhile, over in Asia the latest figures for Pacific typhoons are said to show a continuing downward trend. Reporting on the latest figures from the Japanese Meteorological Agency (JMA), the climate science site No Tricks Zone says alarmist are “baffled” and “embarrassed”.

No Tricks Zone goes further and charges that the media have been misleading and lazy for not calling the alarmists out. “Pacific typhoons are not becoming more frequent. If anything, the warming has led to less typhoons, which is good news which the alarmists unfortunately are unable to swallow,” it concludes.