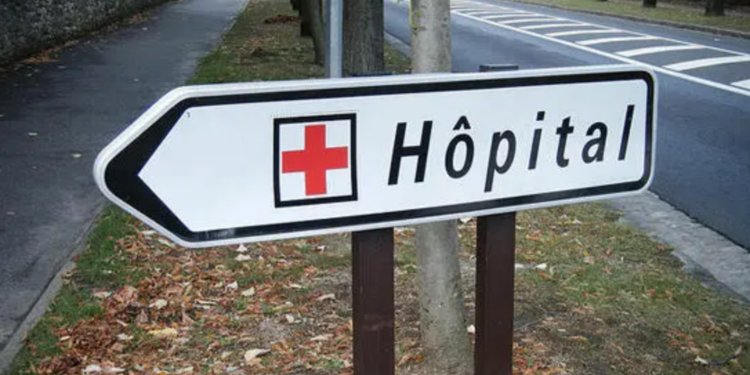 As an Englishman living in France who worked in the NHS some long time ago, it is of great sadness to me that both political dogma and the refusal to accept criticism of what has become a national icon manages to blank out any consideration that methods and experience from elsewhere could ever be applicable in the U.K.

This is particularly so in the NHS, where the dogma that the Government has to be directly responsible from taxation for the administration and supply of health care has been inbuilt for so long. It seems that from its earliest days the NHS that was set up as if patients were incapable of having any responsibility for their own health and therefore the Government had to take on that administrative responsibility.  This may be one of the reasons why the NHS has been continually overburdened with self-perpetuating and ever-growing bureaucracy.

So why are things so different here in France, where national expenditure on health is on a par with the U.K., yet we get far more bang for our buck?

First, the system is run on an insurance basis based on income, supervised by the state but not directly administered by the state. The system has 100% state protection for the low paid, the chronically ill, pensioners, children etc.

Normally, the state pays the larger part but not all the medical costs. Individuals have the option to buy supplementary top-up insurance (mutuelle) to cover the balance. This ensures that people do have an understanding of the value of their healthcare.

In France, health provision is supported by a very effective IT system. It was originated as early as 1982 with the Minitel online system, although it has now been superseded by the Carte Vitale.

The Carte Vitale is a type of credit card with a chip issued to all insured patients. It provides the data required for the insurer to pay the sums necessary to whichever health provider has been used. It retains minimal health information, such as the chronic illnesses for which the patient is due full reimbursement.  Most health professionals, such as the GP, have card readers and are reimbursed directly through the system. The Carte Vitale can be updated on a terminal at any pharmacy. There is a parallel manual system which can be used by any small-scale provider, for example the visiting chiropodist.

The insurance organisations provide regular reports to the patient noting all the payments that have been made on their behalf, thus ensuring that the patient knows the value of the health care he or she has received.

Importantly, GPs are not paid by a capitation fee based on registered patient numbers but on their actual patient appointments. This means that there can be a modicum of competition between them as health providers. Well-liked health providers are successful and as busy as they want to be.  And the patient retains his or her ability to choose.

Only recently, a system of affiliating patients to particular GPs has been introduced; before that it was totally open to the choice of the patient on any particular occasion.

All the providers in the system – the GPs, consultants, diagnostic labs, district nurses, etc. – are either private company groups or self-employed private contractors within the system. But they normally work at the nationally prescribed fee scales.

The contractors in the system choose their mode of working from the point of view of their own businesses and personal circumstances within those fee scales.  This results in health service outcomes most of which would be remarkable in the U.K., other than in the costly private sector:

Thus, the administrative load created by centralised control and rationing of access to consultants, treatments and hospital appointments does not seem to exist.

As separate private contractors, all health professionals work as if their time was their money. Most U.K. hospital consultants are already private contractors as well as being well-paid part-time Government employees. A piece-work remuneration system has been working for dentists in the NHS for many years. In France this also applies to GPs and their remuneration does not seem to be excessive as it often is in the U.K.

Prior to any hospital intervention, all the necessary preparatory checks take place as outpatients including blood tests, anaesthetic checks, cardiac checks etc.  This means that inpatient hospital time is not used for these preparatory activities.

In France there is a real emphasis on preventative medicine and prompt treatment is considered to be economically worthwhile. Thus, certainly in my experience, long waiting lists just do not exist. In addition, speaking as a pensioner, the health service does not seem to think that age is an impediment to treatment.

There is certainly an abundance of medically qualified people in the system and indeed there is a degree of real competition between them. According to OECD figures, there are around 25% more medically qualified professionals per head of population than in the U.K. health service. They are not rewarded with the high salaries received in the U.K.

The medics seem to control the running of the hospitals and other facilities, not the Government. They see the benefit of having an absolute minimum of administrative overheads. Those that exist are mainly involved with ensuring that the various state mandated insurance organisations are charged correctly.

This also means that there are no artificial limits placed on maximising the use of expensive capital equipment and the hospital installations.

Also, crucially, as the Government is not supplying the service, the state does not own the product of the service, nor, most importantly, the patients’ medical records.

Patients have bought the service via their insurance: they are therefore the owners of the results. The responsibility for the ownership of such records is reasonably unloaded on to the patient. As the patient owns the records, he or she is freely able to read them and understand them to the best of his or her ability.

This eliminates another whole swathe of administrative costs. As there is no Government duty of care with regard to patient records, there is no demand to create an expensive nationwide database of everyone’s medical records, as was tried and failed in the U.K.

The ambulance service is merged with the fire service as a single emergency service. Voluntary membership is prestigious in the community. If you have a regular treatment appointment, say for radiotherapy, a taxi will come and fetch you and bring you home – all part of the service.

In other words, the French health service is pretty well ‘privatised’, and that’s why it works rather well.

The nation’s health, not the National Health Service, should be the priority of Government.

The NHS is certainly not the only way to organise a Health Service and the clear alternative evidence is just across the channel. But dogma means that the Brits will never want to learn from foreigners.