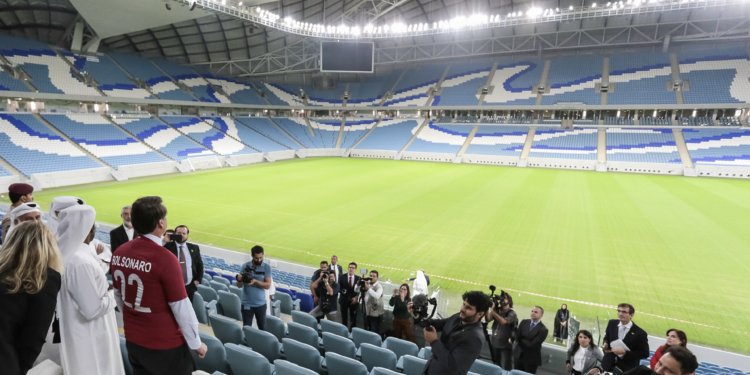 On Monday, I wrote an article pointing out that the era of Western hegemony may be over, due to population growth and economic development in other parts of the world. A country’s power is roughly equivalent to its share of global GDP, and the Western share has been falling since 1990.

I concluded that “Western countries may just have to live with it”.

Right on cue, Janan Ganesh has penned a similar article for the FT. His piece is framed around recent criticism of World Cup-host Qatar and all the Westerners who’ve been paid to take part. Ganesh writes:

To judge by the criticism of Qatar, lots of people are psychologically unprepared for the rest of this century. Whether or not China surpasses the US, the centre of world power is likely to creep away from the established democracies. (Look at projections of the biggest economies in 2050.) There will have to be a modus vivendi.

We can barely afford to boycott Russian energy today. Trying to impose ‘our values’ on the rest of the world will only get more challenging as the West’s power ebbs.

The brouhaha surrounding Qatar’s hosting of the World Cup illustrates this perfectly. Players and commentators, notably the ex-England captain Gary Neville, have been roundly criticised for not boycotting the tournament to protest Qatar’s human rights record.

There’s just one problem: we need Qatar’s gas. So unless Neville’s critics plan to boycott their central heating this winter, they haven’t got the moral high ground.

The EU’s fifth largest gas supplier, Algeria, isn’t exactly a shining beacon for human rights either. According to Freedom House, both Qatar and Algeria are “not free” countries – along with Russia, China and Iran.

Western countries face a choice: we can continue doing business with the rest of the world, including all those resource-rich countries in the Middle East, or we can insist that everyone respects ‘our values’. But we can’t do both.

Test and Trace Cost £37 Billion and Achieved Nothing. Lessons Must Be Learned From Such Colossal Waste