Why is the UN Commissioner For Human Rights Trying to Suppress Free Speech on Twitter? 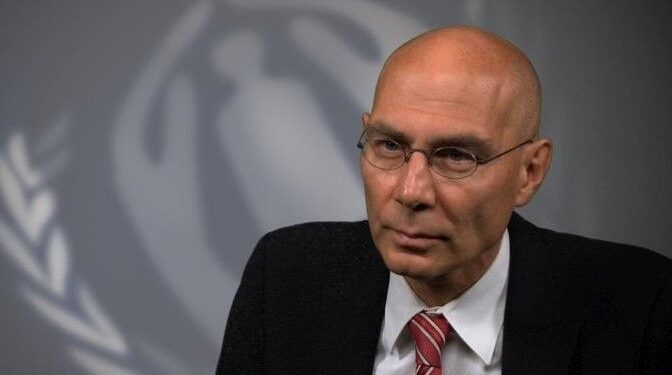 While there has been a great deal of hullabaloo concerning Elon Musk’s takeover of Twitter, one would probably not have expected senior officials at the United Nations to find it necessary to have their say on the matter. Yet on November 5th Volker Türk, the new UN High Commissioner for Human Rights, did indeed weigh-in, sending an open letter to Mr. Musk to express his “concern and apprehension” about Twitter’s role in the “digital public square”. He urged Musk to make sure human rights would be “central to the management of Twitter”, and to “address harms” associated with the platform, and also took the time for a bit of finger-wagging at Twitter’s new CEO for sacking Twitter’s human rights team (no, I had no idea it had one either).

The letter was almost certainly only sent so that Türk, who assumed office in mid-October and is a comparative unknown (some UN insiders were apparently hoping for Michelle Obama or Angela Merkel), can get a bit of recognition. But it is instructive nonetheless in giving stark expression to the awkward position which human rights advocates have found themselves adopting when it comes to one of the most salient issues of the day – the regulation of speech online and particularly the subjects of disinformation and misinformation.

This happens in the course of two short paragraphs. Starting off, Türk is keen to emphasise the importance of protecting free speech. Twitter, he notes, is being pressed by governments to take down content or use upload filters, and he urges it in clear terms to “stand up for the rights to privacy and free expression to the full [sic] extent possible under relevant laws”. So, on the one hand, he adopts a strong position against censorship, implying that speech should only be restricted online where it would cross the border into illegality.

Yet on the other hand, in the very next breath, he declares that “free speech is not a free pass” and that the “viral spread of harmful disinformation…results in real world harms”. Therefore, in his view, Twitter must take responsibility to “avoid amplifying content” that results in harms to people’s rights – whether or not, by implication, it is technically legal. Hence, for example, scepticism about the efficacy of vaccines, legally expressed, ought nonetheless to be supressed given the impact it might have on the right to health.

This can only be described as cakeism. For Türk, it is apparently desirable both to protect freedom of expression to the fullest extent possible under the law, and yet also to restrict lawful speech where it might result in ‘harms’. It is easy to see the appeal in the abstract of the idea that these positions can be reconciled, and Türk indeed concludes his letter by suggesting that “our shared human rights offer a unifying way forward”. But it is difficult to see from its content how this could be so. Does Türk believe that freedom of speech should be protected insofar as it is possible to do so? Or does he believe lawful speech should be suppressed to prevent harm? He can believe in one, but he surely cannot coherently believe in both.

The wider point is that human rights advocates like Türk have rather lost faith in their own model. For decades, it has been orthodox human rights doctrine that all human rights are, in UN-speak, “indivisible and interdependent”. The rights to freedom of expression, freedom of association, non-discrimination, health, food, housing, education, and so on, all support one another and, indeed, cannot properly be enjoyed without the others. It is therefore not only possible to secure (say) freedom of expression and the right to health – they actually bolster each other.

The rationale for this can be readily understood: if freedom of expression is secure, then people will have access to the full range of information and opinion available on any given topic, and therefore policymakers, healthcare providers, doctors and patients will be able to make better health-related decisions than they would otherwise. There is therefore a direct link between securing freedom of speech and the right to health. (And conversely, of course, securing the right to health means increasing opportunities for people to express themselves freely – one will find it much easier to actively participate in public discourse if one is in good health than not.) What is true in this example is true across the round, and the orthodox position in the UN human rights system has long been that these mutually-supportive linkages can be found throughout the human rights corpus.

This is not, however, the position that Türk adopts in his letter. To reiterate, for the new High Commissioner, freedom of expression and the right to health are not in fact “indivisible and interdependent”, but incommensurate. If people are able to express themselves freely, they will circulate dangerous disinformation about vaccines, and harm will result. Freedom of expression does not reinforce the right to health; it undermines it.

Türk is no loose cannon. As short as his letter to Musk is, it essentially summarises the position adopted in a recent report to the UN General Assembly by the Secretary-General himself. This report manages somehow to express a robust defence of the “right to hold opinions without interference” and an insistence that “free communication of information and ideas about public and political issues… is essential”, while at the same time advocating for state intervention to prevent the spread of inaccurate information concerning “public health, electoral processes or national security” and the demonetisation of legal-but-harmful content. The same schizophrenic attitude is adopted as in Türk’s letter, but the message is clear enough: while it is necessary to pay lip service to the importance of freedom of expression, the system as a whole now disavows the “indivisible and interdependent” doctrine, and instead sees freedom of expression as being potentially antagonistic to other rights.

What are we to make of this? The clue is in the types of harmful inaccurate information that both Türk and the Secretary-General identify as particularly dangerous and hence warranting state suppression – i.e., those implicating public health, electoral processes and national security. It is no accident that these subjects map pretty closely to the issues that are of greatest concern to the global bien pensant class in which these figures are so firmly entrenched – Covid vaccines, ‘election denialism’, and Russian disinformation. And it is not really a great surprise that when the chips are down and the consensus within that class is that oppositional views on those topics represent a genuine threat, the UN High Commissioner for Human Rights and Secretary-General suddenly find that freedom of expression is not so “indivisible and interdependent” with respect to other rights at all. Indeed, it is to be sacrificed where those particular concerns are raised. Human beings, as we know, can be remarkably flexible on points of principle when peer pressure is applied – even, it turns out, senior human rights lawyers and UN Secretary-Generals.

More broadly, if one were being especially cynical, one might say that this is further evidence supporting the long-term criticism of the international human rights system – that it is essentially a forum for pharisaical expressions of right-on opinions which vary in accordance with whatever the ‘current thing’ is. This would not be entirely fair – the UN human rights organs do very important work – but it is sometimes easy to see how this view proliferates. Türk’s letter is suggestive not so much of a commitment to the letter of human rights law, but rather only to the contemporary concerns of a particular elite constituency. This in turn indicates that the UN human rights apparatus as a whole is geared more toward addressing the anxieties of that constituency than it is towards standing up for human rights across the board. Is it any wonder, then, that ordinary people generally take a sceptical view about human rights in the round?

“Disturbed and Alarmed”: 66 Doctors, Clinicians and Scientists Call for Stop to Covid Vaccination of Pregnant Women Over Serious Safety Concerns