Why is Nature Praising the Use of Propaganda During the Pandemic and Calling for More? 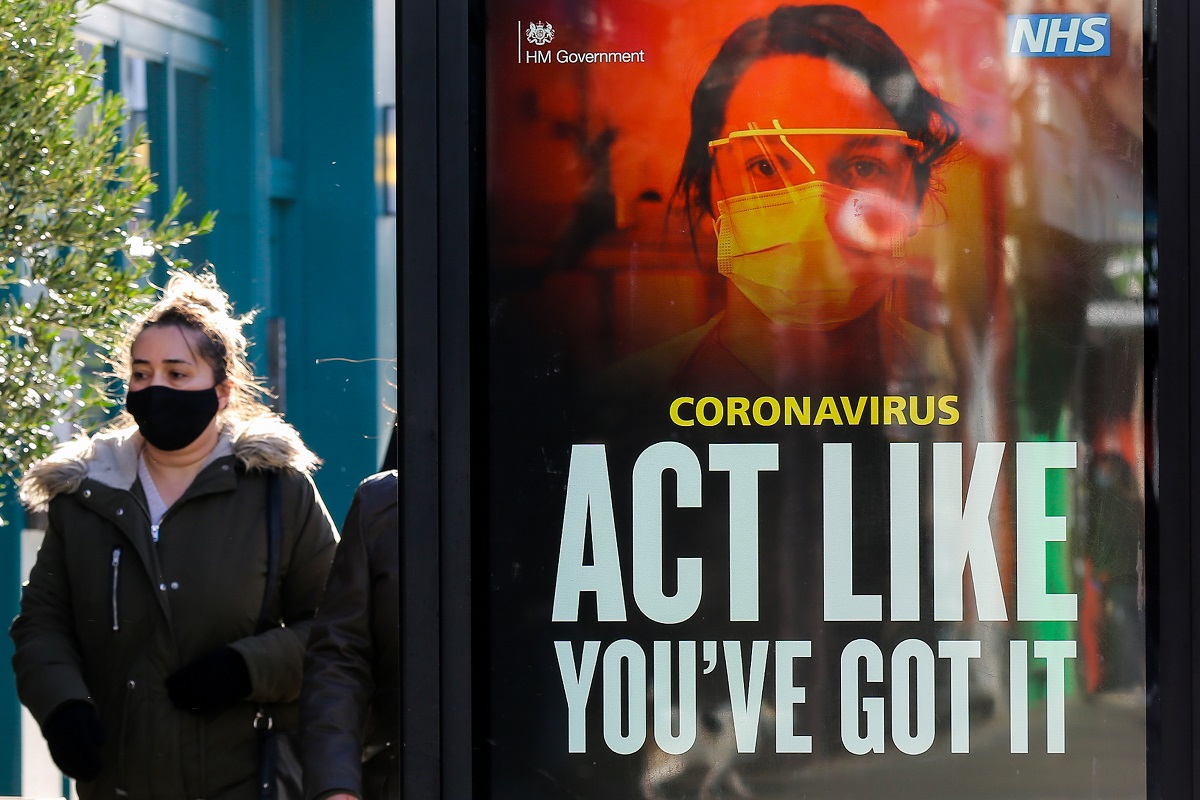 Throughout the Covid era, those expressing views at odds with the dominant narrative were often subjected to unprecedented levels of censorship and psychological manipulation. Academic journals played a significant role in this silencing of alternative voices by, for example, ignoring the work of established scholars, perpetuating bias, rejecting research papers that reached conclusions inconsistent with mainstream views, and demonstrating a financial motivation to only publish studies favourable to the pharmaceutical industry. As a consequence of this partiality, the perceived scientific integrity of academic periodicals has suffered considerable damage. Alas, a recent article in the once highly respected Nature journal will have done nothing to improve the credibility of the academic press.

The article, titled “Mastering the art of persuasion during a pandemic“, is a supplementary ‘outlook’ piece written by Elizabeth Svoboda, a Californian science journalist. Drawing on the perspectives of a cluster of social science experts, Svoboda lauds the importance of health policymakers deploying “effective communication strategies” so as to ensure that the populace do the right things when faced with the next global pandemic. She asserts that a range of behavioural science strategies, or “nudges”, will be of central importance in enhancing compliance with public health restrictions when the next novel respiratory virus emerges over the horizon. The article, however, is riddled with highly questionable assumptions and ideological biases.

The Covid science is not settled

Arguably the most blatant distortion, illustrated many times by both the author and the experts cited, is that the Covid science is settled and their version is the definitive truth. The article opens with the ludicrous suggestion that the official advice in early 2020 – that masking healthy people would achieve no benefit – was a “fateful moment”, a missed opportunity “to stop the virus bringing the world to a halt”. In support of this assertion, Rob Willer, a sociologist at Stanford University, describes this initial guidance as “a big credibility mistake”, and goes on to suggest that it was an example of public health experts trying to protect the supply of masks to healthcare. According to Willer, this noble white lie led to many people feeling “resentful” at having been misinformed and it fuelled their reluctance to adhere to subsequent mask requirements. Totally ignored is that most of the more robust, real-world evidence concludes that masking healthy people achieves no meaningful reduction in viral transmission, and the U-turn in mid-2020 towards mask mandates was not the result of new research findings but was – more likely – politically motivated.

Similarly, the raft of unprecedented Covid restrictions (lockdowns, shutting businesses, school closures) inflicted on Western citizens by the public health establishment are all assumed to achieve important benefits so that the only challenge for the pandemic experts is how to persuade the pesky people to comply with them. Consequently, the article cites the ideas of a number of social scientists regarding how to effectively lever compliance with future public health diktats. Varun Gauri, a senior economist, highlights the importance of making it easier for people to ‘do the right things’. Matthew Goldberg, a research psychiatrist, wants the psychological persuasion techniques of behavioural science to be used pre-emptively “so that when the time arises, people can act quickly”, a view echoed by infection-control researcher Armand Balboni. Katy Milkman, a behavioural scientist, promotes her strategies to enhance the take-up of Covid vaccines, including a “regret lottery” where people are informed that their names have been entered into a draw to win a lot of money, but that the “winner” will lose the prize if not vaccinated.

Despite the wealth of accumulated evidence that lockdowns are ineffectual in reducing Covid-related hospitalisations and cause huge collateral damage, alongside the emerging realisation that Covid vaccines may achieve no overall net benefits and can do considerable harm, nowhere in the article is there even a hint of recognition that the restrict-and-jab doctrine of mainstream public health failed to achieve many of its stated aims.

One important negative consequence of the flawed ‘science is settled’ assumption, as displayed by the author and her expert contributors, is that it justifies the censoring and vilification of anyone challenging the dominant narrative. For example, Varun Gauri says, “During the COVID-19 pandemic, disinformation played a major part in sowing division and undermining the authority of health officials” and that this “paved the way for fast viral spread and low vaccination rates”. His solution is for authorities to “take a bigger, legislative approach to the problem” – a euphemism for censorship. Similarly, Katy Milkman warns against allowing “conspiracy theories to slither in”.

The controversy surrounding the acceptability of state-imposed ‘nudging’

It seems that all those involved in the Nature article are blissfully unaware of the controversy surrounding the state’s use of covert psychological strategies (or ‘nudges’) to promote compliance with Government restrictions. Blinded by their fixed belief that the Covid science is settled, and focused only on the goal of persuading the populace to ‘do the right things’, the social scientists cited in the commentary blithely propose a range of behavioural science interventions without any questioning around the appropriateness and ethical acceptability of these clandestine methods.

Nudges are psychological strategies of persuasion that largely impact upon their targets below the level of conscious awareness – that is, people do not know they are being influenced. Such techniques have been heavily deployed throughout the Covid era, and have evoked a range of ethical concerns relating to the acceptability of the state strategically (and non-consensually) increasing the emotional discomfort of its citizens as a means of promoting compliance with unprecedented and largely non-evidenced public health restrictions. Also, as the strategies operate subconsciously, they could often be categorised as manipulative.

The expert contributors referenced in the Nature article repeatedly commend greater deployment of these ethically dubious techniques in future pandemics. For instance, Balboni urges political leaders to ensure human behaviour specialists play a much bigger part in health policy, bemoaning that, during the Covid era, “social scientists, anthropologists and psychologists were not used nearly enough”. Later in the article, the purported benefits of the “pre-emptive deployment of behavioural science” is highlighted.

More specifically, the value of equating virtue with compliance with the restrictions is lauded. This particular strategy – an ‘ego’ nudge in behavioural science parlance – was used repeatedly throughout the Covid event, effectively evoking shame in anyone who deviated from the demands of public health diktats and the vaccination doctrine. Many will recall the repeated ‘I wear a face covering to protect my mates’ adverts, the ‘don’t kill your gran’ quips by ministers, and the close-up images of acutely unwell hospital patients with the voiceover, “Can you look them in the eyes and tell them you’re doing all you can to stop the spread of coronavirus?” Of the same ilk was the NHS document (later redacted) advising front-line staff to tell young people that, “Normality can only return, for you and others, with your vaccination” (my emphasis).

The Nature article endorses the same tactic of differentiating the goodies from the baddies. It is stated that, “Encouraging feelings of empathy in people could make them more likely to choose to protect others during a pandemic”. There are also references to the desirability of “invoking of empathy” and emphasising “the vaccines’ collective benefits, such as protecting others”. In the words of Balboni, it is really important to get people to recognise that “through their behaviour, they can actually protect other people”. Clearly, the considerable evidence demonstrating that Covid vaccinations do not prevent viral transmission has yet to reach these nudge enthusiasts.

In a Western supposedly liberal democracy, is it ethical for the state to strategically inflict shame on its citizens? Does the informed consent of the people, as to whether to accept a medical or psychological intervention, no longer matter? Is it acceptable to covertly influence the general population to follow contentious and largely non-evidenced Covid restrictions? Shamefully – pun intended – these key ethical considerations are totally disregarded in this Nature journal commentary.

The role of political ideology and conflict of interests

Many critics of Covid orthodoxy have raised the spectre of an underlying globalist agenda, removed from any democratic process, shaping Western responses to pandemic management. With the central involvement of the World Economic Forum (WEF), it has been argued that the crisis following the emergence of a novel respiratory virus has been opportunistically exploited in pursuit of wider, pre-existing goals pertaining to tackling climate change and the imposition of Covid Passes and Digital ID, Social Credit Systems, Central Bank Digital Currency and Universal Basic Income (as detailed in Agenda 2030). The authoritarian control over the world’s population (essential to realise such an agenda) is typically legitimised under the banners of ‘the greater good’ and ‘social responsibility’, two themes that run through the Nature article. Is it possible that the author and contributors adhere to this globalist ideology?

Exploration of the ongoing interests of those involved in the compilation of the article is revealing:

Would it be too speculative to suggest that those involved in the Nature article harbour a penchant for a new world order, and that these globalist proclivities may have compromised their objectivity?

Finally, my eye was drawn to a footnote to the article that read: “This article is part of Nature Outlook: Pandemic preparedness, an editorially independent supplement produced with the financial support of third parties.” And who funds this supplement? Astra Zeneca and Moderna.

I rest my case.

Dr. Gary Sidley is a retired NHS Consultant Clinical Psychologist and co-founder of the Smile Free campaign. He blogs at Coronababble.