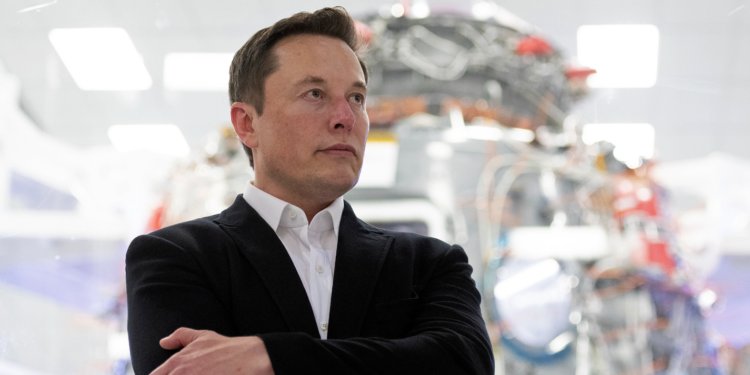 Thousands of the world’s biggest brands are poised to abandon advertising on Twitter after a global media agency called it a “serious risk to brand safety”. The Telegraph has the story.

Omnicom – a global media agency which represents 5,000 clients including McDonald’s, Apple and Pepsi – has told customers to pause their Twitter promotions over fears of a “serious risk to brand safety”.

The decision is a fresh blow for Mr. Musk after a chaotic week in which he introduced and then U-turned on a rollout of subscriptions, suffered an exodus of senior staff and told employees that “bankruptcy is not out of the question”.

Mr. Musk has been battling an exodus of major advertisers and celebrity users since he bought Twitter at the end of last month in a $44bn (£37bn) deal, with the likes of Volkswagen ditching their spending and Stephen Fry, Whoopi Goldberg and model Gigi Hadid among those to shut their accounts.

Mr Musk – who has already fired thousands of staff – is hoping to improve the fortunes of the business by allowing users to pay $8 for a “blue tick” previously reserved for celebrities, politicians and other figures of public importance whose identity was verified.

But the proposal backfired and was paused last week when it led to a wave of imposter accounts pretending to be businesses and famous people.

Shares in pharmaceutical company Eli Lilly fell more than 2% wiped off its share price last week after an impostor account tweeted that “insulin is now free”.

Mr. Musk has told Twitter employees that “bankruptcy isn’t out of the question” as it struggles against the economic downturn. In an all-staff call on Thursday, he reportedly told workers the company may have a “net negative cash flow of several billion dollars” next year.

Mr. Musk has also told the social media site’s staff that they must now spend a minimum of 40 hours a week in the office or be fired.

In an internal memo sent out late last week, Omnicom reportedly told its brands that they should “pause activity on Twitter in the short term”, adding that issues with the company’s roll-out of its new subscription service had “potentially serious implications” for companies advertising on the site, according to American technology news website the Verge.

Omnicom reportedly told clients it had “formally requested that Twitter assure us that these issues will not impact compliant processes, operations, products, brand safety and client investment on the platform in any way”, but had not received a response “seemingly due to the lack of senior leadership now in these areas”.

Mr. Musk, the founder of Tesla, has previously estimated the exodus of brand advertisers costs the tech giant £3.4m a day, though he hopes the subscription service will remedy the business’s ailing finances.

Current media coverage of Twitter (including this Telegraph article) appears to be exaggerating its troubles. Musk has said Twitter’s user numbers are higher than ever following a boost since he took over. Articles which list celebrities who have left only mention around eight, and most of them are obscure. Musk’s warning about possible bankruptcy was likely a wake-up call to his staff in light of Twitter only being intermittently profitable – though the exodus of advertisers won’t help that of course. Omnicom’s emphasis on “compliant processes” suggests the move is ideologically motivated, as it’s hard to see how a brand could really be harmed by being on Twitter.

Even so, there’s no denying Musk’s first couple of weeks have not exactly been a roaring success. Hopefully he will be able to overcome these difficulties and find a way to make the platform profitable. It’s also worth saying that we’re still waiting for the liberation of those languishing in the Twitter dungeon. Worryingly, some have since been told they are permanently banned. Come on Elon, where are you?