Covid Commemoration? You Must Be Joking 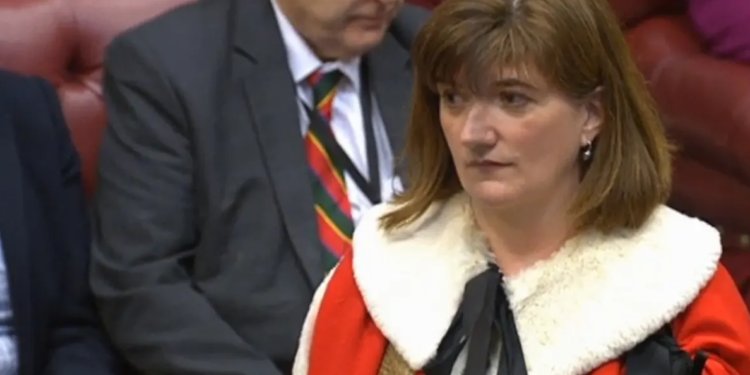 No, I didn’t know either until I read it in this morning’s Daily Sceptic that there was a U.K. Commission for Covid Commemoration, chaired by Baroness (Nicky) Morgan. But we can all sleep easily, because its members have been busy on our behalf, thrashing out how we can best remember the pandemic, through “a Remembrance Sunday-style symbol, dedicated memorials and reflective spaces”. If you thought, as I did, that you might wish to respond to the public consultation which has recently opened, you might want to think again.

First, there is the usual loaded questionnaire. We are at least given a choice on whether there should be a commemorative coin (Q7) but for most questions, ‘none of the above’ is not an option. So you can rank the sort of memorial you would prefer (Q3) and how many memorials we should have (Q4) but not whether we should have a memorial at all. And what and whom are we supposed to be commemorating?

The Commission breathlessly suggests we remember “those who lost their lives and those who cared for those in need as well as those who kept our essential services running or stepped up in other ways such as taking on volunteering responsibilities”. We have all seen that photograph from the Blitz of a milkman, scrambling over the bomb wreckage from the previous night, showing calm – and yes, cheerful – determination to simply carry on and deliver the milk. We can celebrate that stoical sense of duty, which some did evince during the pandemic; but let’s also remember those many who crumbled at the first test and instantly turned to totalitarianism, as vicious as it was pointless. Does the Resistance get a nod?

But it’s the Commission’s first question which reveals most. “The Commission is considering a national day of remembrance” – and we are offered a deathly series of anniversary dates which might be chosen: January 30th (first confirmed case), March 5th (announcement of first recorded death), March 11th (WHO declaration of pandemic), March 23rd (first lockdown), April 7th (World Health Day, apparently) or July 5th (anniversary of NHS being founded). Read it and weep.

In other words, what we are being cajoled into commemorating is a medical event – inevitably, as throughout those SAGE meetings, everything non-medical – political choices, educational harms, economic Armageddon – was off the agenda. Who might think like this? The Commission is made up of Baroness Morgan and 10 members. Four of those hold very senior NHS posts. They are joined by a former Chief Scientific Adviser (ex-Wellcome, Imperial) and by the co-author of the recent NHS leadership review, which advocated more diversity, equity and inclusion – “none of the issues that affect the great majority of people”, as the Daily Telegraph observed.

I think we can see where this is leading. It’s effectively telling us: “It’s time to move on, so let’s just remember those who died (of whatever cause), thank ‘The Science’, renew our vows to ‘protect the NHS’ and forget the rest in the interests of coming together as a nation.”

They’ll be calling for an amnesty next.

Jean Marat is a pseudonym.

Stop Press: A reader got in touch to share his response to the consultation. He said: “It’s made my blood boil and I’ve responded to them already. I didn’t bother to point out that: a) their proforma presupposes that people support the idea; b) they are prejudging the Covid Inquiry.”

This is what he sent them:

I am responding to your consultation about Covid Commemoration.

I support the idea of a Covid Commemoration but only to remind us all of the utter stupidity of our reaction.

Covid is a seasonal respiratory virus with an Infection Fatality Rate not much greater than Influenza and hugely skewed to the elderly. Pre-existing immunity from prior infection by related coronaviruses was completely ignored. Asymptomatic transmission was completely exaggerated. There was no cost/benefit analysis of any pharmaceutical or non-pharmaceutical intervention.

We stopped people being with dying relatives. We limited attendance at funerals. We cancelled weddings. We fined people for sitting on benches. We caused many businesses to close for good. We ruined children’s education. We sacked care home workers. We vastly increased the NHS waiting list leading to indirect deaths and suffering.

The reaction was out of all proportion to the risk from the disease.

We should commemorate our utter stupidity.

I don’t know if anyone else has tried to complete this survey, but I just did as an ex-pat living in Australia. Apart from the ridiculous construction of the survey, which in many questions forces you to agree with the concept of a commemoration in some form or other, when I got to the final ‘free form’ comment box that asked if there was any other way Covid should be commentated, I simply entered :“The prosecution of Matt Hancock, Chris Whitty, Patrick Vallance, Michael Gove and Boris Johnson for crimes against humanity.” I then pressed the “finish survey” button and was rather surprised to get the below notification (I had definitely not completed, or even seen, the survey before). I wonder if my experience is unique?