Ron DeSantis’s Victory is a Vindication of His Lockdown Scepticism 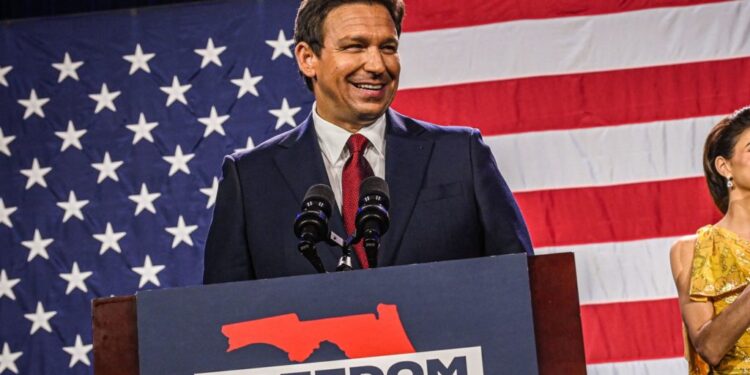 Governor DeSantis’s resounding victory in Florida is a victory for lockdown sceptics, according to Marshall Auerback in UnHerd. Here’s his article in full:

To paraphrase a famous Sun headline, it was Covid Wot Won It for the Republicans in at least one of last night’s midterm races, even if the widely predicted “red wave” turned out to be more of a dribble. It’s true, in the strict sense, that the immediate focus of voters featured concerns about the rising cost of living, spiralling crime (especially in many blue cities), immigration, and abortion. But all of this must be seen in the context of a pandemic response that ultimately created the conditions for these issues to take root and spread.

The lockdowns precipitated huge economic dislocations, notably supply-chain gaps that in turn created significant inflationary pressures. The stimulus package succeeded beyond policymakers’ wildest dreams, but those same policymakers, from Biden to the Democratic-controlled Congress downward, ignored the changing economic context as the country came out of the pandemic. Instead, the White House and Fed fuelled inflation further by spending nearly $5 trillion in Covid relief.

It’s therefore easy to see why Joe Biden focused on the supposed threat to democracy posed by ‘MAGA’ Republicans rather than inflation during campaigning. That charge might have had more force had Democrats not engaged in a cynical game of intervening in Republican primaries, using party funds to promote some of those same far-Right candidates in GOP primaries.

The strategy has worked better than expected, but the economy has not improved. In fact, it has steadily deteriorated, particularly after the Federal Reserve (which had long dismissed price pressures as “transitory”) belatedly responded by aggressively raising rates. This move created havoc in the housing market and added additional stress to American consumers, who in 2021 increased their personal debt by $1 trillion, the biggest annual increase since 2007.

No wonder, then, that the economy was a top concern for a majority of US voters. But Covid also exposed something else to Americans: the policies pushed by social justice advocates during the pandemic. Being at home with their children, parents were able to see in a way they never had before the hyper-liberal curriculum being foisted on their children: Seattle public schools using K-5 gender lessons to teach kindergarten-age children about transitioning and pronouns being one prominent example. As difficult a time as it was for adults, a plethora of studies showed that young children and adolescents were clearly among the people most negatively impacted, in various ways, by the pandemic lockdowns. These were key factors contributing to Republican Glenn Youngkin’s surprise defeat of the heavy favourite Terry McAuliffe in last year’s Virginia gubernatorial race. It was an early warning ignored by the Democrats.

That is why Republicans were so keen to beat the Covid drum on the eve of the election. Conservative columnist Ann Coulter sent her readers a succinct reminder by linking to a host of lockdown measures that created unprecedented disruptions to American lives for almost three years; likewise, South Dakota Governor Kristi Noem a possible Vice Presidential candidate for Donald Trump, made hay of this issue. Noted lockdown sceptic Governor Ron DeSantis of Florida, long treated as a punching bag by the media for eschewing “expert” advice, is likely to use Florida’s recovery as a signature policy to promote his own presidential run, especially after romping home in his gubernatorial re-election race.

If this wasn’t enough to remind Democrats that voters are sick and tired of being scolded about mask-wearing and incessant reminders that Covid is still very much with us, then consider that we are now a few months into the bivalent booster vaccination campaign, and uptake remains less enthusiastic than ever.

It may not be called a Covid election, but these midterms are a clear snapshot of how the pandemic has reoriented American politics. The Democrats may get away with it this time. They will not be so lucky in 2024.

Stop Press 2: Watch an extract from DeSantis’s victory speech, in which he says Florida is where woke comes to die.