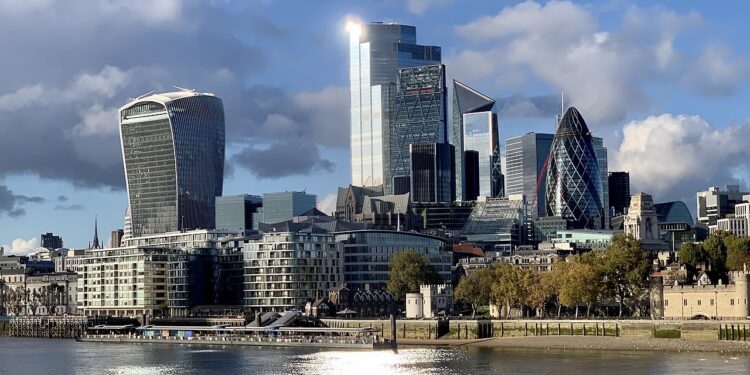 Polls in the UK continue to show widespread support for Western sanctions against Russia. Yet as always with polling, the devil is in the detail.

At the end of October, Ipsos carried out a poll for Sky News asking Britons whether they support Western sanctions against Russia. 70% said they did, which is only 8 points lower than the figure for March. This suggests the vast majority of people are still onboard.

However, Ipsos then asked respondents whether they support sanctions even if the sanctions lead to higher energy prices (which they clearly do). Here, the change since March was much starker:

Now, less than half of respondents say they support sanctions, and almost a third actively oppose them. Compare this to March, when the figures were 73% and 8%, respectively.

Digging into the tables, you find that the strongest predictor of support for sanctions is age. Almost 50% of those aged 55–75 support sanctions even if they lead to higher energy prices, compared to just 28% of 16–24 year olds.

In a previous article, I suggested this age divide stems from memories of the Cold War. Older generations still see Russia as ‘enemy number one’, whereas younger generations know it as just another corrupt, authoritarian country.

Another possibility is that older generations feel more economically secure, so are more willing to bear the costs of sanctions. Indeed, respondents who said they were “finding it difficult to manage” were more likely to oppose sanctions than to support them.

From the winter of 2021–22 to the summer of 2022, the “default tariff price cap” (the amount the average household pays for electricity) went up by about £700. It has gone up by another £500 in the fourth quarter of this year, and will rise again next April. This means British consumers haven’t yet felt the full impact of the energy crisis.

By December, they will be paying roughly twice as much for energy as they did the year before – £2,500 rather than £1,277. Support for sanctions may therefore erode further in the coming months.

Of course, when it comes to lifting sanctions, the U.K. is very unlikely to be the first mover; it’s one of the most hawkish countries on Russia and one of the closest allies of the United States.

The place to watch is Germany, which still has within its power the capacity to receive gas through the intact portion of Nord Stream 2. Although the government has publicly ruled this out, pressure may mount as energy bills continue to rise.