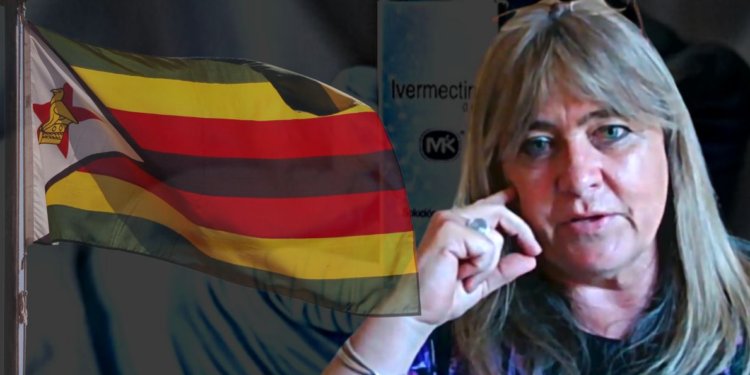 Reposted from the World Council for Health.

Dr. Jackie Stone MD is a globally respected medical figure known for saving lives and pioneering treatment options during the Covid era. Rather than being revered for saving lives, Dr. Stone is currently being threatened with a custodial sentence for treating her patients.

At a time when fear was gripping the world, Dr. Stone did not sit by the sidelines. Instead, she sprang into action, ultimately reducing suffering and death in Zimbabwe by using widely available, innovative and safe tools like ivermectin and colloidal silver. Dr. Stone then worked tirelessly to share her findings with healthcare professionals around the world.

Despite her success, medical institutions the world over have neglected the opportunity to learn from Dr. Stone and honour her noble work. Instead, the Medical Council is attempting to punish her.

Dr. Stone has had the following four charges laid against her:

Because both ivermectin and colloidal silver are not on Zimbabwe’s list of banned drugs, she was found not guilty of both charges 1 and 4 on Friday, September 23rd. Dr Stone maintains that she is being charged with crimes that do not exist.

Those wishing to advocate on Dr. Stone’s behalf can contact President Emmerson Mnangagwa by sending an email here or on Twitter. Dr. Stone’s next appearance in court is scheduled for Thursday, November 3rd.

A peaceful demonstration has been organised in South Africa in support of Dr. Stone on Thursday morning.

Read also the World Council for Health’s statement on the mistreatment of Dr. Peter McCullough here.

Stop Press: Dr. Stone has avoided jail, though not a fine. She writes:

Hi All – it’s Dr Jackie here. Sentencing is complete. The magistrate started by stating that I was a first offender, a medical doctor and female so he felt a prison sentenced was not warranted. I have therefore been given the option of a fine or two years in jail. I’m afraid I do not remember whether  the fine was ZW$38,000 or ZW$380,000 as there was a disruption in court when the sentence was read out and I was so relieved I was unable to really process it all. Thanks to all for their prayers and efforts

The Road to Fascism – Book Launch