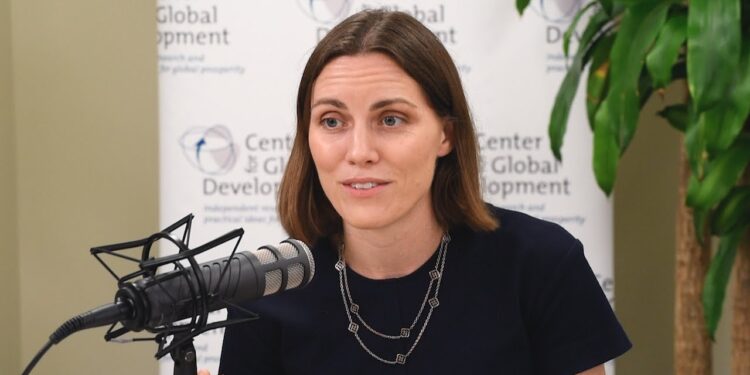 Alas, Emily Oster’s proposal that we just forget and forgive the pandemic insanity of the past few years has pleased no one. This is partly because her op-ed is tone deaf and stupid, of course, but it’s probably also down to Emily Oster herself, and a growing cultural exhaustion with the kind of person she represents. Oster is, in the terminology of Bruce Charlton, an almost archetypal Head Girl – the typical “all-rounder” who “performs extremely well in all school subjects” and “is excellent at sports,” while being “pretty, popular, sociable and well-behaved”:

The Head Girl can never be a creative genius because she does what other people want by the standards they most value. She will worker harder and at a higher standard in doing whatever it is that social pressure tells her to do – and she will do this by whatever social standards prevail, only more thoroughly. …

We live in a Head Girl’s world – which is also a world where creative genius is marginalised and disempowered to the point of near-complete invisibility.

Oster ticks all the boxes here. She was a star student and athlete in her school years, and her public presence is about projecting a pro-social, positive conformist image, while using superficially analysed Science and Data to calm neurotic mothers worried that they’ve strayed beyond the boundaries of what is medically optimal or socially acceptable. She doesn’t like closed schools very much, but she just loves vaccines.

There’s probably some reason to be sceptical of Charlton’s concept of the creative genius, but he’s dead right about the malign influence of Head Girls like Oster. Modern social institutions – particularly schools – have been caught for decades in an escalating spiral of harsh selection for conscientiousness and conformity. Since 2000 especially, Head Girls have cemented their dominance across a great many bureaucratic institutions and white-collar professions, and they have used their growing influence and seniority, above all, to recruit and promote more Head Girls like themselves. The problem is that traits like conscientiousness correlate not at all with raw intelligence and ability. Thus, our world has come to be steered by fleets of extremely agreeable, deeply concerned, highly productive and overly socialised Emily Osters – midwits who have very few original thoughts, and who make up for that by caring a lot about what other conformist midwits of similar status think about them.

There’s nothing wrong with Head Girls, when their worst tendencies are counterbalanced by a sufficient number of disagreeable, intelligent, and less conformist colleagues. When they become the predominant personality type in newsrooms, faculties and government offices, though, you start to have serious problems. Then, your schools and your media organisations come to be dominated by committees and meetings, by the avoidance of open conflict, by the constant erection of and sheltering within consensus positions, and by preference cascades kicked off by clamorous organised minorities. All of these characteristic symptoms of government by Head Girl are intolerable to everyone who isn’t a Head Girl, and talented people with any other options at all will ultimately leave their influential positions in Head Girl-dominated institutions, driving the Head Girls to ever greater ascendancy.

One of the reasons things like lockdowns and mass vaccination frenzies have become possible in the first place, is the uniformity of outlook and opinion among the governing elite. When everybody, from university professors to the minister president of Bavaria to municipal police administrators, believes that with enough social distancing we can eradicate SARS-2, and that the unvaccinated are responsible for prolonging the pandemic, the result is a powerful if erratic and ever-shifting social tyranny. Social media technologies have been particularly noxious for the consensus formation of the Head Girls, widening the range of issues on which they have functionally identical opinions and enforcing conformity more thoroughly than was ever before possible. And should one of their runaway preference cascades go off the rails and destroy society, they’ll rapidly reunite around the new consensus position, that nobody could’ve known any better and all the worst offenders – especially their friends and colleagues – acted in good faith with the knowledge that was available at the time.