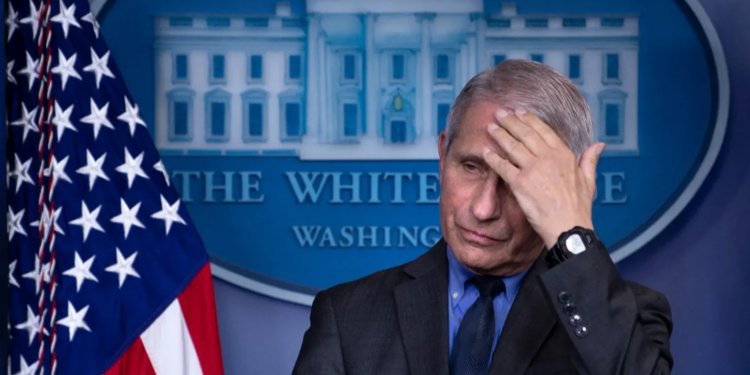 In a 28-page order, U.S. District Judge Terry Doughty has ordered NIAID Director Anthony Fauci, former White House Press Secretary Jen Psaki, Surgeon General Vivek Murthy, and other leading federal officials in charge of the response to Covid to be deposed (testify under oath) in Missouri v. Biden – in which NCLA Legal is representing plaintiffs including Jay Bhattacharya and Martin Kulldorff against the Biden administration for its coercion of social media companies to violate free speech during Covid.

Discovery documents in the case previously revealed a vast federal censorship army, with more than 80 federal officials across at least 11 federal agencies having secretly coordinated with social media companies to censor private speech, in what plaintiff Aaron Kheriaty described as potentially “the most serious, coordinated, and large-scale violation of First Amendment free speech rights by the federal Government’s executive branch in U.S. history”.

“After finding documentation of a collusive relationship between the Biden Administration and social media companies to censor free speech, we immediately filed a motion to get these officials under oath,” Missouri Attorney General Eric Schmitt, attorney for the plaintiffs, said in a statement. “It is high time we shine a light on this censorship enterprise and force these officials to come clean to the American people, and this ruling will allow us to do just that. We’ll keep pressing for the truth.”

“For the first time, Dr. Fauci and seven other federal officials responsible for running an unlawful censorship enterprise will have to answer questions under oath about the nature and extent of their communications with tech companies,” said NCLA attorney Jenin Younes.

Judge Doughty’s order goes further than a previous ruling for written testimonies. Fauci and the other defendants will now have to testify under oath.

Apparently Judge Doughty is no big fan of “America’s doctor”. As the order states:

Next, Plaintiffs argue that even if Dr. Fauci can prove he never communicated with social-media platforms about censorship, there are compelling reasons that suggest Dr. Fauci has acted through intermediaries, and acted on behalf of others, in procuring the social-media censorship of credible scientific opinions. Plaintiffs argue that even if Dr. Fauci acted indirectly or as an intermediary on behalf of others, it is still relevant to Plaintiffs’ preliminary injunction motion. The Court agrees.

Lastly, Plaintiffs argue that Dr. Fauci’s credibility has been in question on matters related to supposed COVID-19 ‘misinformation’ since 2020. Specifically, Plaintiffs state that Dr. Fauci has made public statements on the efficacy of masks, the percentage of the population needed for herd immunity, NIAID’s funding of ‘gain-of-function’ virus research in Wuhan, the lab-leak theory, and more. Plaintiffs urge that his comments on these important issues are relevant to the matter at hand and are further reasons why Dr. Fauci should be deposed. Plaintiffs assert that they should not be required to simply accept Dr. Fauci’s “self-serving blanket denials” that were issued from someone other than himself at face value. The Court agrees…

Finally, the Court is aware of a number of substantive reasons why Dr. Fauci’s deposition should be taken. The first is the publicly available emails that prove that Dr. Fauci was communicating and acting as an intermediary for others in order to censor information from being shared across multiple social-media outlets. The second is that Dr. Fauci has yet to give any statements under oath in this matter. The third is that the Court has no doubt that Dr. Fauci was engaging in communications with high-ranking social-media officials, which is extremely relevant in the matter at hand.