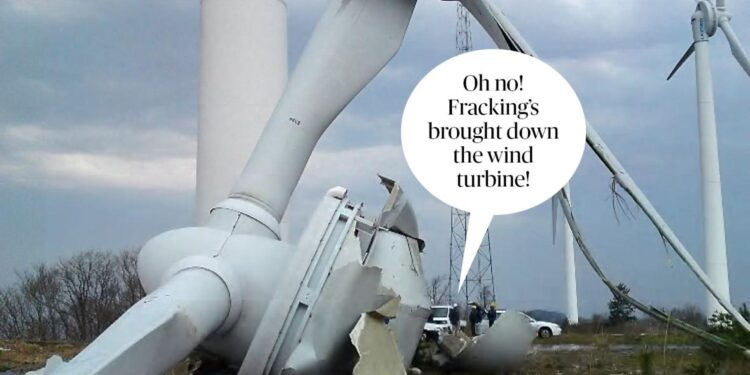 In a recent piece for the Daily Sceptic Chris Morrison alluded, ironically, to the ‘settled science’ on the subject of climate change. I have recently been reflecting on the oxymorons of our time, and this is one of the most provocative.

An oxymoron is a combination of words which offers us a contradiction. It is a contradiction in terms. The word comes from the Greek, oxus, ‘sharp’ and moros, ‘foolish’: meaning, literally, sharply or pointedly foolish. The reason why it is pointedly foolish is because the words are not vague or confusing: they are clear, but point in two different directions, like crossed swords. Hence what we see is something paradoxical.

So let us note, an oxymoron is not a simple weapon. A sword is a weapon. Crossed swords are something much more beguiling and odd. Anyone who uses an oxymoron in speech is attempting to confuse us by waving two swords around and clashing them together. Recall Sergeant Troy’s wooing of Bathsheba in Far From the Madding Crowd. This is, pretty much, what the authorities are doing to us now: playing soldiers, bent on seduction, using threat as part of that seduction.

There are many oxymorons in modern politics. One of the best is ‘sustainable development’. But that, at least, is obviously flawed: though perhaps it takes some knowledge of economics and history to know why. That is for another time.

‘Settled science’, however, is an affront to not only language, but also to science and to politics.

Let me make this as clear as I can.

Science is a scientific word.

Settlement is not a scientific word, but a political one.

Science seeks exactitude; it seeks truth; but though it attempts exactitude, it is aware that the price of seeking exactitude is tentativeness. We postulate the existence of a solution, but we propose hypotheses, which we test in various ways, through argument or observation or experiment.

Anything which is settled is not solved. But it is also not tentative, not hypothetical. It is actual: it is certain. It does not care about truth or exactitude. It is certain because it has come out of agreement, and this agreement may have involved compromise and cutting corners and concessions to the other side. It is decisive: but it is not decisive because it is true, but because it has been decided. A decision has been made. A settlement has been reached. And it is final. Everything is final and certain in politics – until the next settlement. But nothing is final and certain in science. There are no settlements.

The phrase ‘settled science’ has nothing to do with scientific truth, or scientific hypothesis. What settlement suggests is that a scientific hypothesis has been transposed from one sphere – that of science – to another – that of politics – and therefore its nature has been changed. It is no longer a hypothetical or tentative truth. It is settled, so it appears to be certain. But it is certain not because it is true: it is certain because it is agreed, and then decided. And we are entitled to ask about who is agreeing, and why, and who is deciding and why, and how, and who is paying for it, and what economic and moral and institutional incentives there are.

This of course applies to the IPCC, and all other institutions and individuals who speak of ‘settled science’.