Are We Heading Toward Nuclear War? 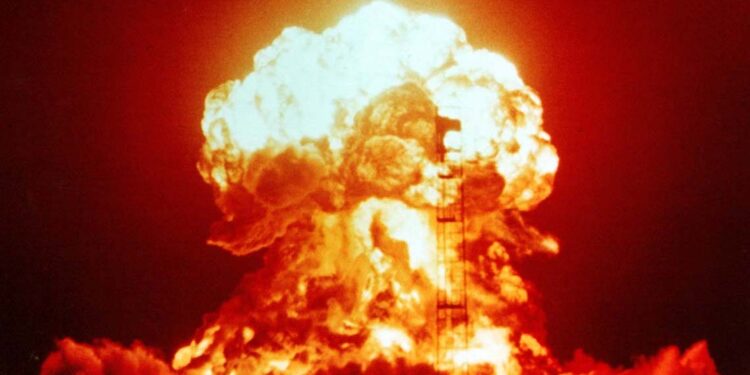 Since the very start of Russia’s invasion, the risk of nuclear war has been somewhat elevated. In his February 24th speech, Putin not-so-subtly stated that “Russia remains one of the most powerful nuclear states”, and that “any potential aggressor will face defeat and ominous consequences should it directly attack our country”.

Three days later, Putin ordered his military to put Russia’s nuclear forces on “high alert” – another obvious attempt to deter the West from intervening too forcefully on Ukraine’s side.

The risk of nuclear war cooled slightly when Biden ruled-out a ‘no fly zone’ over Ukraine (which would have entailed a direct confrontation between NATO and Russia). Yet recent events have heightened the risk once again.

In an interview on October 6th, Zelensky said, “We need preventive strikes, so that they’ll know what will happen to them if they use nukes.” This comment was described by the Kremlin as “nothing less than a call to start a world war”. Twenty minutes later, Zelensky’s spokesman clarified that his boss had merely been referring to “preventive sanctions”.

In a speech that same day, Biden said, “We have not faced the prospect of Armageddon since Kennedy and the Cuban Missile Crisis.” The New York Times characterised his comments as “highly unusual for any American president”.

Then on October 8th, there was a large explosion on the Kerch bridge between Crimea and Russia, which caused part of the roadway to collapse. Sources in the Ukrainian Government told Ukrainska Pravda and the Washington Post that Ukraine’s security services were responsible.

This morning, the Russians retaliated by attacking infrastructure and government buildings in several Ukrainian cities. A Western response – in the form of additional sanctions or more advanced weapons – seems likely.

Could the escalatory spiral continue to the point where Russia uses nuclear weapons? In a recent article, the physicist and ‘existential risk expert’ Max Tegmark argues that it could.

His reasoning is laid out in the chart below, which shows different possible outcomes of the war. The x-axis represents the level of escalation; the y-axis how favourable the corresponding outcome would be to Russia.

Tegmark makes the following assumptions. There’s a 30% chance that Russia will use a tactical nuke. If it does, there’s a 70% chance the West will launch a conventional (i.e., non-nuclear) response, such as destroying the Black Sea Fleet. And if that happens, there’s an 80% chance of World War 3. Multiplying these numbers together, you get 1 in 6.

While Tegmark’s article is worth reading in full, I don’t think the chance of Russia using a tactical nuke is as high as 30%. The Metaculus prediction market says the chance is 7%, while Manifold Markets gives 19%. Both these figures are lower than Tegmark’s.

Crucially, however, they’re not that much lower.

Tegmark’s numbers may be too pessimistic, but his framing of the problem seems right. Our priority must be to stay on the left-hand side of the chart. If Russia won’t accept defeat and no peace deal can be negotiated, a Korea-style frozen conflict is probably the best-case scenario.