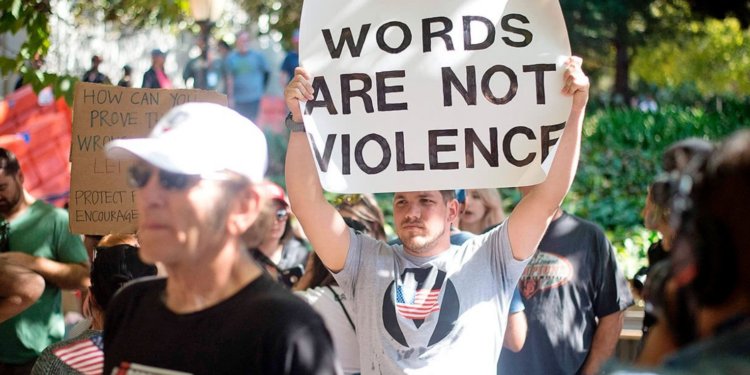 I switched on the TV on Saturday morning at 6:30am expecting to get a mixture of different short news stories, but what followed was 26 minutes of a film on the news story of the tragic death of Molly Russell – you can watch it here.

It began with melancholic music, which continued in the background. Molly’s father said that he could see how, if one was exposed to the sort of online content his daughter was exposed to, “it could destroy you”. He described the “toxic corporate culture” at the heart of social media platforms. You could feel the father’s pain and grief. The reporter, BBC’s Angus Crawford, said the coroner ruled that “social media did play a part in Molly Russell taking her own life”.

I am truly sorry for the Russell family’s loss, but the way this story has been presented here feels wrong. The general presentation bears the hallmarks of propaganda techniques I will describe later. There is little other content than what I have described above and it is repeated ad nauseum. In Molly’s death the coroner ruled that “social media played a part” but there was no mention in this media report of any of the possible multitude of other factors that may have been involved. Such a one-dimensional synopsis may even be harmful in itself because it might misrepresent the complexities underlying suicide, giving false hope or belief, with the potential to exacerbate the myriad of other factors that can lead to mental health problems and self-harm, regardless of the reporter’s intent.

It is right that the media should devote a fair amount of news discussion to the very important subject of suicide, but this should be delivered responsibly, sensitively, without pulling at the heart-strings, and provide balanced, accurate reporting that doesn’t dumb down debate or put suicide down to singular causes. The Suicide Prevention Resource Centre lists the eight major risk factors for suicide. It seemed to me that Molly’s father and indeed Molly herself were being exploited in connection with a drive to restart the upcoming Online Safety Bill. Might this particular news story coverage be a form of propaganda?

The Online Safety Bill was put on hold at the beginning of the Conservative leadership contest. It was due to have its second reading in the House of Lords. The Bill is complex and the details of what it constitutes can be found here. There are now, however, renewed calls for it to be brought back by a number of organisations in the wake of the inquest into Molly’s death. My concern is that the Online Safety Bill will effectively reinforce the tendency towards Government-approved media propaganda. To explore the potential minefield of issues that this subject raises I want to pursue the matter from a sceptical angle and understand more about the meaning and techniques of propaganda.

Propaganda might be defined as a special form of communication used especially in news media to manipulate public opinion by distorting the representation of reality. Some descriptions I’ve seen seem to embellish propaganda with a slightly positive spin, in that the ultimate aim may be for the greater good as, for example, suggested in the case of military war. I, however, can only see the term in a negative light because the whole ethos is based on deception, usually on a mass scale. The widespread use of propaganda undermines trust of those in power and eventually leaves the public confused and largely unable to establish what news is actually genuine.

Among other ‘harms’, the Bill creates incentives for social media companies to remove online content that is supposedly ‘legal, but harmful’. Is the targeting of this content simply a way of circumventing a democratic justice system for political purposes, by setting up a parallel system of censorship outside the courts of law to suppress online speech? Justice should be seen to be done and the suppression of legal content must surely be anathema to the idea of fair treatment for all members of society.

Recent articles in the Daily Sceptic and TCW have demonstrated the dire effects propaganda has in relation to the Covid pandemic regime. News of the many confirmed deaths and injuries from the Covid vaccines have been buried and the professional bodies relating to healthcare (the GMC), and law (the SRA) have made it almost impossible for concerned parties to dare speak out or whistleblow. Wouldn’t the Online Safety Bill close the partially open door that challenges the mainstream media narrative and Government diktats? Isn’t a far greater harm the one where Dr. Hoenderkamp’s child patients (in the Daily Sceptic article) with confirmed post-vaccine heart damage will live with the possibly lasting consequences for the rest of their lives, and will forever wonder why they were essentially coerced into receiving a medical intervention that, based on their clinical need, was completely unnecessary? All this because they and many other children and young adults and their parents potentially do not obtain and are prevented from receiving properly informed consent – and this even before such a Bill is on the books? Isn’t the far greater harm the one in which the public have not been given all the information and warnings from experts about lockdowns and the COVID-19 vaccines because those dissenting voices and the potential whistleblowers cannot afford to do so for fear of the proposed consequences of the Bill, which will only make the situation worse?

The full list of propaganda techniques is long but here are some apposite Covid-related examples that demonstrate further harmful effects:

The obvious problem with propaganda is that it never works both ways, it only works the way those in power dictate. I don’t want a Bill that bans governments from saying that the Covid vaccine is 95% effective, extremely safe and will prevent transmission of the virus. All these claims were made by the Government at the beginning of the pandemic and have now been proved wrong. I just want the opposing views to be heard. If there is to be an Online Safety Bill, I would demand that it essentially work almost directly in the opposite fashion – by outlawing media censorship (not just online) of experts with contrarian views and by emphatically protecting whistleblowers.

An Online Safety Bill will only be practical and feasible if it can robustly answer the following:

Ofcom will be appointed as the state regulator of social media but, as I explained in my previous article, this regulatory body is clearly failing in the things it already has a duty to fulfil and should be scrapped in its current form. In business, lawyers warn that the new online rules will have a chilling effect and hit businesses unnecessarily hard.

Thus, in conclusion, I can see no way in which an Online Safety Bill can be made workable without undermining free speech and being far more harmful than any ‘misinformation’ it manages to suppress. The proposals, rather than being kicked into the long grass, should be scrapped altogether.