The NHS is in Crisis Every Winter. Will Thérèse Coffey’s Plan Save it This Time? 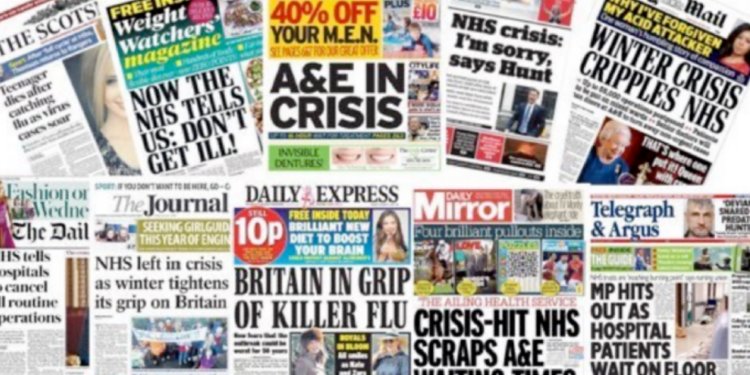 If you have a good memory, you see that virtually every year there is a problem with either the ‘cash’, the mood, the debt or the crises within the workforce (or all of them together).

In 2005 the Labour Party promised sustained investment to reduce waiting times, expand the NHS workforce and improve buildings and facilities. Specifically, it pledged to triple spending. As a result, spending increased from £33.5 billion in 1997-98 to £76.4 billion in 2005-06.

So what happened? More of the same: bed-blocking, phone lines in crisis and record numbers off sick.

Through the pandemic, the situation has substantially worsened. The lack of critical capacity saw hundreds of millions wasted on Nightingale hospitals while access and waiting times worsened.

The situation on the ground is dire: patients die while waiting in the emergency department. Apparently, conditions are so bad that “staff are quitting for pubs and shops instead”.

Currently, NHS England data show there’s an average of 90,500 available beds in those hospitals with an emergency department – roughly two beds available per 1,000 adults – one of the lowest figures in Europe. Contrast this with Germany, which has eight beds per 1,000 – many low-tech and embedded in the community.

However, everything will be okay. The Health Secretary Thérèse Coffey has a ‘laser-like’ focus on the NHS problems – sounds familiar.

The plans involve increasing 999 call handlers, 7,000 extra hospital beds will appear this winter and there will be £500m for a social care discharge fund and a £15m overseas recruitment fund.

Historical admission data show that, on average, 30,000 respiratory admissions occurred in December, roughly double the number for August. Yet, occupancy is already running at about 95%. So there are about 5,000 available beds to deal with roughly 15,000 extra admissions. We assume the shortfall will be plugged by the extra 7,000 beds. Where these beds will come from and who will staff them is unclear. However, the message for the Minister is clear: there isn’t much slack in the system.

The problem is complex and long-lasting – short-term fixes won’t suffice. The massive increases in spending since the Tony Blair years have not fixed the winter NHS woes. Health Secretaries come and go – they don’t last long in their job; in the last 20 years, 10 have been in post and moved on. All have had plans to deal with the winter crises – so far, all have failed.

So, what would you forecast for this coming winter if you were a betting person?